Within the framework of the creation of the Vostochny cosmodrome, more than 500 buildings and structures capable of withstanding high seismic loads have been erected by the specialists of Spetsstroy of Russia. Completed construction and put into operation a modern auto-railway station, 115 km of automobile and 125 km of railways.

To complete the construction of the cosmodrome Spetsstroy of Russia mobilized a huge potential of its own forces. The best specialists from all over the country gathered at the construction site of the century, who already had experience in erecting special facilities, including the Plesetsk cosmodrome, Roskosmos, Rosatom, chemical weapons destruction plants, unique hydraulic structures and other complex facilities.

The work of the Special Forces was assessed by the leadership of the country - by the Decree of the President of the Russian Federation, the builders of the Vostochny cosmodrome were marked with high state awards.

We continue to publish a series of essays on the labor exploits of special purpose builders. 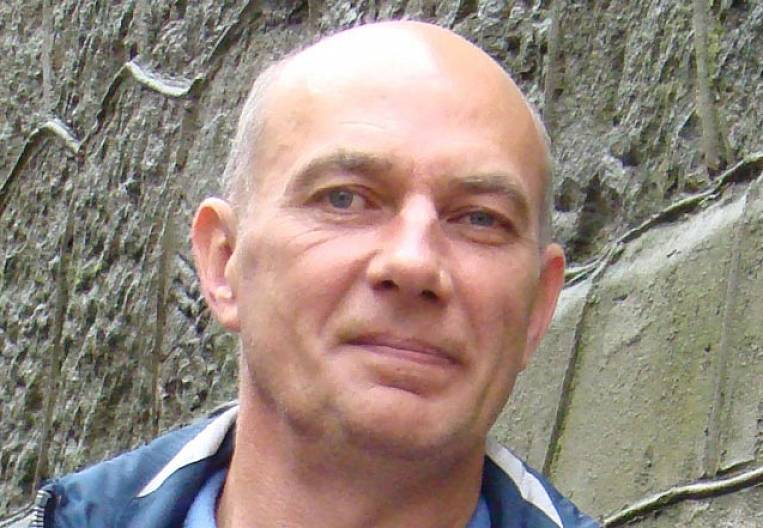 Assembler of steel and reinforced concrete structures of the Hydraulic Structures Administration No. XXUMX of the Southern cupola of Spetsstroy of Russia Andrey Semenov is a true professional in his field. For more than a decade, he devoted to the construction industry and the creation of the most important objects in the Far East.

Andrey Semenov - the indigenous Primorets, was born in 1971 year. His countrymen - residents of the village Danilovka Mikhailovsky district are rightfully proud of him - Semenov erected in Vladivostok objects of the APEC summit-2012 and the cosmodrome Vostochny. In Spetsstroy Russia works with 2015-year, where he moved from the once large in the Far East company "TMK".

At the sites of the cosmodrome, Andrey Semenov worked for about four years. He participated in the erection of the building and test building of space vehicles. Semenov notes: "The work was a shift - a month later in a month. But in the domestic plan there is nothing to complain about - your town, canteen, medicine. "

Andrei Nikolaevich defined the front of the work for "nightmen" and "diaries". It would seem that the difficult? But at night the installation work can not be conducted, the assembly should be ready for the change and the metal necessary for mounting is installed, people should be placed in the light of their skill level and individual characteristics - there are a lot of nuances. It was from the organizational skills of Semenov depended on how effectively the site will hold a working day, the continuity of the construction industry and the absence of downtime.

“In the beginning, of course, there were difficulties. And then they worked in stages - all the processes were debugged. Ultimately, the backlog of schedules was made up, and the objects were handed over ahead of schedule. In winter, however, it was very cold. And in such cases, work was not stopped. They worked alternately - for half an hour, changing links. We did everything only on our own, without attracting anyone from the outside ", - recalls Andrey Semenov.

"Often worked" at altitude ", as they say, the 150-meter lightning conductor was installed - the divertor at the launch complex. We erected the metal structures of the elevator extension to the installation and test building with the use of climbing equipment ", - Andrey Semenov recalls. At the same time, he was the first to use non-standard slinging and loosening of structures and volumetric blocks. This made it possible to significantly reduce the construction time.

Since May this year, he works again away from home - together with his colleagues is working on upgrading the facilities of the submarine base in Vilyuchinsk in Kamchatka. The family treats this state of affairs with understanding. "A month passes - we must urgently work, for a watch. It is interesting to see the results of his work. When you climb higher and higher with the object, you can not be proud of, - Andrey Semenov shares.

Andrey Semenov has established himself as a highly qualified specialist, who perfectly knows the features and procedures for assembling and dismantling complex reinforced concrete structures in dangerous conditions of climbing work.

For special merits in construction, a great personal contribution to solving the tasks of building the objects and ground infrastructure of the Vostochny cosmodrome, dedicated and hard work, was awarded the high state medal of the Order of Merit for the Fatherland of the II degree.