The initiative is rewarded: Amur residents get money for ideas 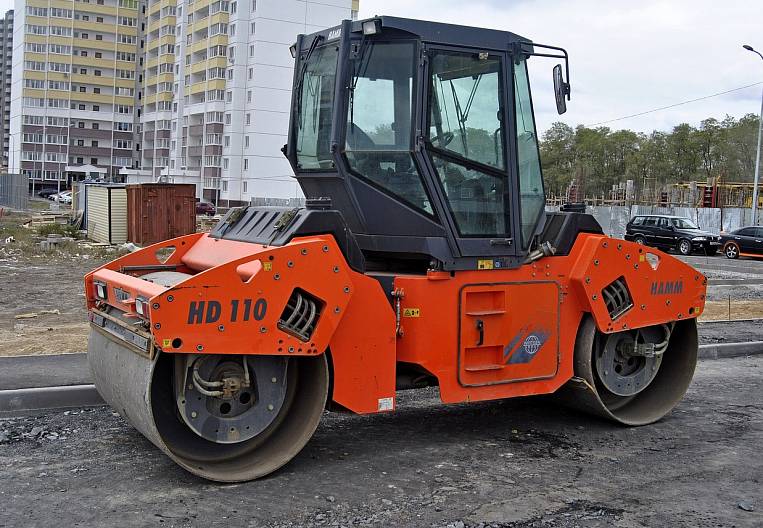 For the third year in a row, the Government of the Amur Region has been allocating money for the development of public territories in small settlements, attracting local residents to the distribution of expenses. This was made possible thanks to a program to support local initiatives, or proactive budgeting. As Governor Vasily Orlov noted, the goal of the program is to improve the quality of life of Amur residents.

“People deliberately and with love choose projects that they will implement with the help of the funds received. And then they treat such objects with care and pride. I see it when I drive around the region. The villagers strive to show their transformed public gardens, parks and recreation areas. And the settlements that have not yet taken part in this program are studying the experience of their neighbors and collecting their projects. It is very pleasant, ”said the head of the region.

A simple mechanism, thanks to which any village, village, and now the city will be able to receive money for the object necessary for people, attracts more and more participants. EastRussia found out how many projects it was possible to finance this year, and what ordinary residents of the Amur region municipalities consider to be a priority.

IDEAS FOR A MILLION

The funding scheme for proactive budgeting is simple. A group of activists needs to come up with a plan for the construction of a new facility, the reconstruction of a social institution or the arrangement of territory within the boundaries of their community. Residents of the municipality by common vote choose the most needed project and send it to the regional competition. The government of the region, with the participation of deputies of the Legislative Assembly, chooses the best of the initiatives - they receive one million rubles for implementation. The actual implementation of the project - from finding a contractor to putting it into operation - is supervised by the local administration.

Residents pay part of the cost of the designed work from their own funds - at first this share was 3%, and in 2020 it was reduced to 1%. In addition, the initiative budgeting program has become available not only for rural areas, but also for urban settlements. Thus, the regional authorities made it possible for the residents of 17 municipalities to realize their ideas. Among them are cities, urban-type villages and administrative districts: Arkhar, Bureya, Novobureisky, Zavitinsk, Talakan, Sivaki, Magdagachi, Ushumun, Koboldo, Ekimchan, Ogodzha, Tokur, Seryshevo, Skovorodino, Urusha, Erofei Pavlovich and Februaryvsk.

Innovations have led to increased activity of citizens: in March this year, the Government of the Amur Region received 184 applications for budget funds. From this list, 172 projects were selected for financial assistance. As the First Deputy Minister of Finance of the region Vladimir Sologub specified at the summing up of the competition, every year the number of new participants becomes more and more.

“This year we received 20 applications from all 184 districts. If in 2018, 93 gatherings of Amur residents and 84 applications were conducted in settlements, then last year out of 201 meetings we received 184 applications. Of these, 172 went to the competition, the remaining 12 applications were rejected. It is recommended that these municipalities finalize their projects so that they can participate in the next competition to support local initiatives, ”said the representative of the Ministry of Finance.

110 million rubles were provided for in the budget of the Amur Region, but another 55 million was found after the competition. Thanks to this, it was possible to finance all the winning projects, and now construction is underway in the districts: money was received by both the record-breakers of initiative budgeting (including the Ivanovo district) and program debutants. This year, in particular, the authorities noted the idea of ​​the residents of the city of Zavitinsk - they will put in order the sports ground.

“We took part in the initiative budgeting program for the first time - we entered the competition with a project to improve the sports ground at the Yuzhny stadium. This is the area of ​​the former military camp. There are 15 compact five-story houses where about two thousand citizens live. There are playgrounds in the yards, but the stadium, where youth and adults were involved in sports, fell into decay. Now we are reconstructing it, ”Tatyana Dotsenko, head of the Zavitinsk administration, told EastRussia.

The population of Zavitinsk is a little more than ten thousand people. Now the local administration is collecting citizens' money to contribute to financing the project - its total cost amounted to 1,48 million rubles. The Amur government has allocated one million, another 200 thousand were added by the municipality, the rest will be contributed by the sponsors and the residents themselves. The stadium has a total area of ​​1 square meters. meters there will be nine simulators, two climbs for children, bins and benches, as well as a lighting system.

“I think that people need to see how such projects are implemented. At first, the townspeople were distrustful of this program, but now they see: work is underway. True, we are a bit behind schedule, because June does not pamper us with the weather - it rains. But in general, proactive budgeting is a very good idea. Although, it seems to me, one million is not enough for the city. Little can be done with such money, but for villages such an amount would be more suitable. It’s more difficult for us to meet this amount of financing, ”the mayor explained.

Along with the project for the reconstruction of the stadium, residents of Zavitinsk voted for the improvement of the railway square. However, most citizens thought that a sports stadium was more necessary.

Another newcomer to the initiative budgeting program is Skovorodino. Two projects proposed by local citizens received regional funding. This is a new cemetery in the urban district and a major overhaul in the village of Lesnoy.

“The village 17 km from the city of Skovorodino is provided with water thanks to this well. There is a small building, inside it is a tank. This is, in a way, a column. We will completely repair this room, insulate it and change the water tank. For all the work - and they have already begun - we have 120 days, or four months. The total cost of the project amounted to a little more than one million rubles, we received 998 thousand rubles from the region, ”Tatyana Bezuglova, the head of the Skovorodino administration shared.

At the expense of regional money, a new cemetery will be built in the municipal center. A site for him has already been chosen, to protect the burial zone and to put the gate with constipation - a matter of several months. The administration has already held an auction and has chosen a contractor - it was an entrepreneur from Tynda. The contractor will begin to work in the last days of June.

“We had a lot of initiatives. People actively proposed ideas, but most Skovorodin residents voted for these two projects. In Lesnoy, you could still make your own cemetery or arrange lighting on the street, but citizens decided that now they are more important socially in terms of water. To be honest, we didn’t even assume that both of our projects would win the competition, and were very pleased with this result. Residents of Lesnoy were especially jubilant: because of their remoteness from Skovorodino, they felt a peculiar deprivation of attention. And now they managed to win the contest, ”Tatyana Bezuglova emphasized.

Initiative budgeting projects have already been implemented in some localities. So, in the villages of Romankautsy and Druzhnoye of the Mazanovsky district, street lighting was installed - the new lights work on solar panels. And the annual leader of the competition, Ivanovo District, promises to complete by 30 August all 19 projects for which it was possible to get money this year. This is a sports ground in the village of Srednebeloe, renovation of cultural houses in Solnechnoye, Lugovoi, Uspenovka. Epiphany and Bogorodsky, improvement of the square of memory in Cheremkhov and other socially important initiatives.

The next review of proactive budgeting projects in the Amur Region will take place on July 1: villagers will vote for their favorite landscaping ideas.

The regional government specified: by 2021, the funding of the program will be reviewed. Territories where no more than 350 people live will be able to claim one million rubles, as before. But settlements with a population of 350 to 1 people will qualify for a subsidy of up to 360 million rubles. Municipalities with a population of 1,5 or more will compete for financing up to two million rubles. This will allow Amur residents to draw up larger-scale improvement projects and claim large amounts. In addition, next year Belogorsky and Romnensky districts will be able to take part in the program - now municipalities are transforming into districts.