Association game: how a useful mineral turned into a nightly horror story

The information age began long before the advent of the Internet. The telegraph, telephone, and then radio and television were tied with the invisible umbilical cord of the individual to the state and other subjects with access to the "antenna." Along with the massive spread of the press (and literacy) in the XNUMXth century, it became possible to directly manipulate public consciousness in order to achieve concrete results. Here you can recall the most diverse dictators of the last century, but, naturally, the matter is not limited to politics. Disinformation, the imposition of one's own point of view, half-truths and outright falsification of data have become a tool in the competition no longer between different countries, but in the arena of the world market. 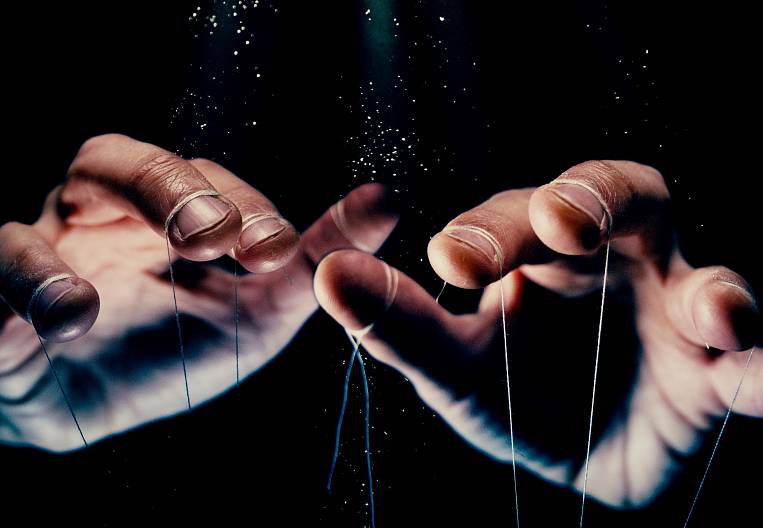 What's your first association with the word "asbestos"?

The information space is repeatedly shaken by scandals related to the fact that asbestos was found somewhere. For example, the last few years stretch lawsuits against pharmaceutical giant Johnson & Johnson. American lawyers continue to advise that asbestos was found in the powder that the company produced, which could cause serious illness for their clients. Numerous courts, falling share prices, reputation losses - the corporation found itself in a real siege. Likewise, in 2017, Yamaha feared the presence of asbestos in the brake pads of its ATVs, withdrawing a whole batch of finished products. Panic, losses and, probably, pressure on the global giant. By the way, chrysotile brake linings have been widely used on a wide variety of domestic equipment since the days of the USSR! According to work "Historical assessment of the impact of asbestos in brake dust on auto mechanics" by scientist Denis Paustenbach, most of the chrysotile fiber is converted to forsterite under the influence of high temperatures and friction, which does not pose a danger to human health. This is also indicated by research Toxicology of Chrysotile Brake Pads by Craig A. Poland and Roger Duffin, published May 2018 in Critical reviews in toxicology. It is important to note that scientists have studied the health of car service workers, where occupational safety standards are often observed "with some cuts." And even in these not the best conditions, it was not possible to find a negative effect of chrysotile on human health.

Numerous organizations, activists, journalists and lawyers have been fighting for life and death with the "mountain flax" for many years. Some of them, however, find themselves in ticklish positionas former New York Assembly Speaker Sheldon Silver, convicted of fraudulently "asbestos" lawsuits. The hysteria around asbestos in the United States has reached such a degree of intensity that it has become possible to forge the results of medical examinations and build on this basis multimillion-dollar claims satisfied almost automatically. Neither society nor judges have any doubts - as soon as a person encounters this "terrible" mineral, he will be in gigantic danger.

The reasons for the struggle

Asbestos is the trade name for a group of fibrous minerals that are actively used in industry. There are two groups of "mountain flax", which differ significantly from each other in their composition and chemical properties. These are chrysotile and amphibole asbestos.

Since the early years of the XNUMXth century, asbestos has become widespread in world industrial production. Its non-flammable properties, ductility, resistance to mechanical damage and strength have gained enormous popularity among industrialists. Asbestos was used to make building materials, thermal insulation, brake pads, protective equipment, fire-fighting equipment, filters for chemical and food products, and many other products. And, by the end of the last century, the manufacturers began to have problems. In the West, a wave of anti-asbestos hysteria has erupted, sweeping the courts, the media and the public consciousness. The result has been the closure of many factories and the pressure of aggressive beliefs that asbestos is harmful.

Now for the important point. It was not for nothing that we said that there are two types of asbestos - chrysotile and amphibole. It was with him that the problems of the population of the countries of Western Europe, Australia and Japan were associated. All amphiboles are iron hydrosilicates, since they contain a high specific gravity of iron. For example, the previously widely used crocodilite has the formula (Na2Fe32+Fe23+)And8O22(OH)2 , and amosite - (Fe2+, Mg)7Si8O22(OH)2). They are miniature, about 5 microns in size, hard needles that are resistant to acids and therefore are not excreted from the human body. Amphiboles have been injuring lung tissue for decades, leading to serious illness. Chrysotile fiber is a hydrous magnesium silicate, i.e. contains mainly magnesium in its composition. Chrysotile fibers are silky soft threads that dissolve when exposed to acids. According to Exploration D. Bernstein "Biopersistence of Canadian chrysotile", chrysotile fiber is dissolved by allevolar macrophages (lung cleaner cells), secreting acid, in a short time, then excreted from the body. It is not harmful and therefore does not provoke disease. Historically, chrysotile fiber is mined on the territory of Russia, while Europe and Australia mined and used amphibole, along with chrysotile, in a significant amount. According to the study "Occupational exposure to asbestos and man-made fibers and the risk of lung cancer: a case-control study in Europe", carried out in 2006 convincingly proved that in the countries of Western Europe the number of asbestos-related diseases is relatively high, while in the countries of the Warsaw Pact (socialist camp) tends to statistical error. Why? Because asbestos for the countries of the socialist camp was supplied by the USSR, and it was chrysotile asbestos.

As a result, it turns out that some countries had to close production, switch to synthetic (more expensive and less efficient) analogs, while others continued to use cheap raw materials as if nothing had happened. Naturally, it turned out to be impossible to come to terms with this state of affairs.

Opponents of the wise use of the mineral have acted very cunningly. They simply do not specify what kind of asbestos we are talking about, using the actual cases of diseases from the use of amphibole asbestos against the industrial use of chrysotile fiber, proven safe under controlled use. By mixing together two minerals that are completely different in their effect on the human body, interested groups of people initiated mass hysteria that frightens the layman. Indeed, if the media, healthcare professionals and politicians have been shouting about the dangers of asbestos for years, how can you not believe it!

Meanwhile, we are talking only and exclusively about money. For example, in 2004-2005. all factories in Egypt that produced chrysotile cement pipes were closed. out of work remained 3500 employees, and the project to create a water supply system for 2 settlements was stopped. The initiator of the closure was the European Union, which imposed its synthetic products as an “alternative” to chrysotile products. True, her state could not afford, not wanting to get into onerous loans. As a result, people were left without water, asbestos received reputational losses, and analogue manufacturers continued pressure around the world - they are the only alternative ...

So chrysotile production facilities in Canada, Brazil and other countries were closed. By the way, at the moment Russia is the world leader in the extraction and production of chrysotile fiber, so now the main efforts to manipulate public opinion are directed specifically at our country. Banning chrysotile asbestos will allow "partners" to sell their products at exorbitant prices - which should not be allowed at all. In this vein, it is a gratifying fact that our public does not succumb to provocations, maintaining a rational attitude towards one of the most affordable and effective building materials.