Delivering goods from one end of a huge country to the other, or transporting it a short distance, but in a short time, is an important task for the Russian transport industry. The Far Eastern Transport Group has been successfully dealing with it for many years. The group has long gone beyond the Far Eastern Federal District and has become one of the participants in the federal transport market, specializing in the transportation of a wide range of goods and annually increasing traffic volumes and revenue. 2019 figures confirm this again. 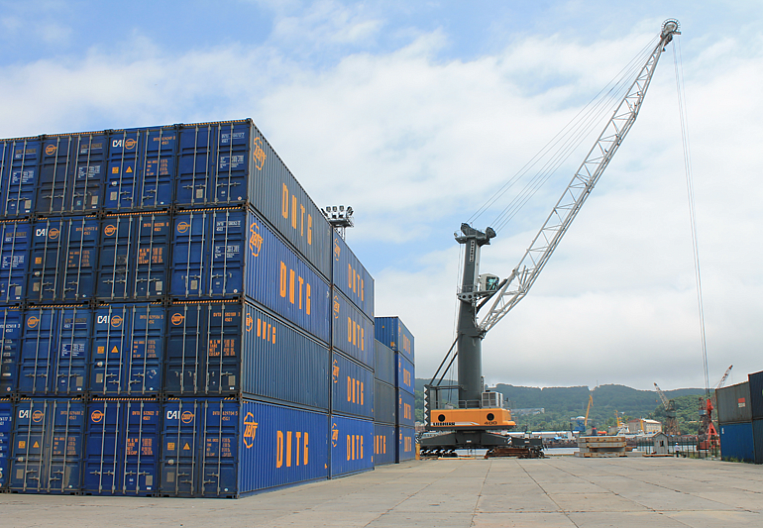 Rail transportation of goods in Russia and the CIS with the provision of its own rolling stock is one of the main activities of the DVTG Group of Companies. Last year, the fleet of cars under the operational management of the Group completed over 16 thousand loaded flights. Compared to 2018, the volumes of transportation on fitting platforms increased by 29%, and the profitability of their working fleet increased by 22%. Transportation volumes increased in 2019 and in gondola cars, but indicators in this segment are much more modest due to a decrease in demand for this type of transportation in the second half of the year.

The bulk of the transportation of containerized cargo was formed by chemicals, timber, industrial goods, methyls, machinery, machines, engines. The most significant growth dynamics continued in transit and export - 22,7% and 33%, respectively. Import transportation grew at a slower pace and exceeded the result of 2018 by 11%. The overall profitability of the DVTG Group, according to preliminary reports, increased by three percentage points.

In addition to rail transportation, DVTG Group enterprises are engaged in car repair. Last year, 6 wagons were repaired in three depots of the Group. The total volume of scheduled and ongoing repairs has increased compared to 119. Good results were shown by the WFD Buzuluk (2018 wagons) and the WFD Pavelets (2 wagons).

In June last year, DVTG launched the Bureya car-wheel workshop. For seven months of 2019, 2 wheelsets were repaired there, including 145 with a change of elements. VKM Bureya LLC was established at the end of 654 to meet the growing demand for wheelset repair services on the Far Eastern Railway, as well as to develop the railway infrastructure of the Far Eastern Federal District and improve the quality and safety of transportation.

Last May, VKM Bureya LLC became a resident of the territory of the leading social and economic development of Priamurskaya. The project created 74 jobs in the production. In the period 2019-2020, investments in the project exceeded 138 ml. rubles. The company provides a range of services for the overhaul of wheelsets using its own repair fund, as well as customer details, conducts a full audit of wheelsets.

The equipment for the VKM was selected on the basis of high performance and technological compatibility. The “Shaft system” was adopted as the basis of the technological cycle, in which the car axles undergo gentle processing and high-quality preparation. Already under the finished axis, the automatic wheel-boring machine individually bores the hubs of new rims.

Another area of ​​DVTG Group's work is cargo handling in seaports. Last year, the Nakhodka Sea Fishing Port, a resident of the Free Port of Vladivostok, received and sent 198 sea vessels and 11 freight cars. Compared to 222, the port's cargo turnover grew by 2018% and amounted to 7 thousand tons. This allowed the port to increase revenue by 822%.

Today JSC "NMRP" implements a project for the reconstruction and modernization of the port worth 3,9 billion rubles. The goal of the project is to increase the port's transshipment capacity by three to five times due to the equipment of new sites, the acquisition of new equipment, the construction of a port refrigerator and additional railways. About 700 million rubles have already been invested in the project.

In 2019, volumes also increased at dry DVTG terminals. So, the container terminal in Tuchkovo (Moscow region) for the year received and sent 217 container trains in various directions - from Kaliningrad to Nakhodka. Its cargo turnover grew by 25% and amounted to 72 TEU, revenue increased by 212%. And the cargo turnover of the universal terminal and warehouse complex in Transbaikalia increased by 20%. Over the year, 2 wagons from China and Russia were reloaded there, as well as 3 trucks. Revenue increased by 609%.

Freight forwarding company DVTG TEO is a resident of Khabarovsk. In 2019, she attracted more than 80,6 million rubles of investments. Such dynamics corresponds to the growth of investment attractiveness of the Far Eastern region.