"There are no ready solutions for the Far East"

The V North Interregional Conference on Guarantees of Rights and Social Protection of Employees in the Far North and Equivalent Territories was held yesterday in Khabarovsk. Special correspondent of East Russia spoke with key participants of the forum organized by the Federation of Independent Trade Unions of Russia. First Deputy Chairman of the State Duma Committee on Regional Policy and Problems of the North and the Far East, Valentina Pivnenko, on the development of the Far East. 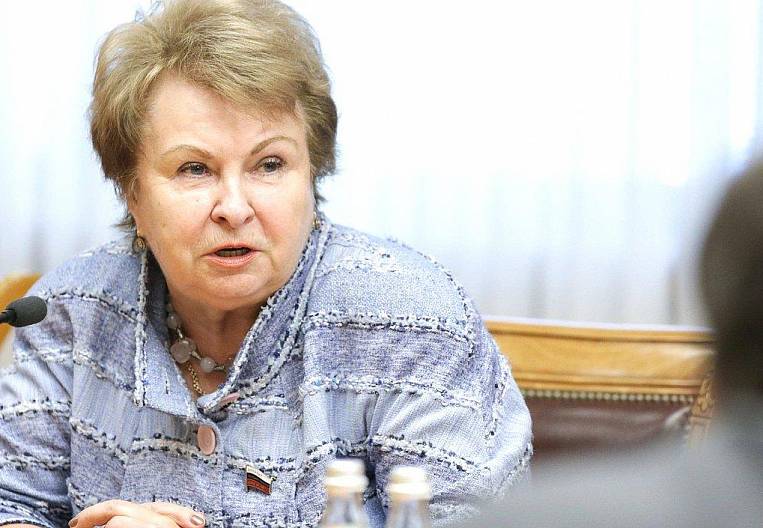 Photo: Press Service of the State Duma
- What is the importance of the event in Khabarovsk for the development of the North and the Far East?

- The importance of this Northern Conference, and it is already the fifth, lies in the ongoing dialogue between the trade unions and the government of the Russian Federation, together with the leaders of the region, with the participation of State Duma deputies. This dialogue is aimed at ensuring that the state understands the responsibility that is now entrusted to the authorities at all levels, in order for the regions to develop. Regions cannot develop without a person, and the conditions for living and working in territories that are especially difficult in terms of climatic and natural features differ sharply from the level of comfort that exists in central Russia and in the southern regions.

- They leave the Far East, what can be done with this?

The problem you mentioned is really the case. Why? Because today there are not enough levers to attract personnel, especially young people in the northern Far Eastern regions.

But there is a very serious program for the development of the Far East, which is under the control of the President of the Russian Federation and which was confirmed by the recent May decree, on socio-economic development, on the creation of comfortable conditions and welfare for the population in all aspects. It directly relates to the issues under discussion, for which trade unions, Far East, representatives of the Federation of Independent Trade Unions, the government of the Russian Federation gathered in Khabarovsk.

- Is there a conflict between the social rights of workers in the North and the interests of business?

- There is some conflict between what is entrusted to business today and what is needed today for workers who work in all sectors, and especially in small business, it exists. It exists because here the cost per unit of output is much higher than in those regions where this natural and climatic component is not available. Overcoming this conflict is possible at the expense of state guarantees. Therefore, trade unions rightly and fairly say that part of this burden the state must take on. And I am sure that today the recommendations that will be worked out will allow this dialogue to continue, the dialogue between trade unions and employers.

There are very serious problems in terms of the opportunities that are now given priority to small business. These are special conditions under which small businesses can participate in the procedures for obtaining municipal and state orders. So that he really had the opportunity for development, for self-realization, for ensuring self-employment. There is a conflict in the fact that projects are submitted for competitive procedures, as a rule, laying in the wages only the minimum, and not what a working person should receive today. In fact, contracts are awarded to those who set this minimum, and not those who prescribe the real wages, which should be. There is also a question that requires a solution at the state level.

Thanks to the trade unions, which through the Constitutional Court managed to prove the need for not a single "minimal" for Russia, but taking into account regional coefficients and allowances. If we talk about a set of measures, then they should be defined by attractiveness. Attraction is primarily a salary. It should be much higher than where the person is attracted. This should be ensured mobility of labor resources.

And the State Duma has now adopted, literally a day ago, a law that allows for large maneuvers in this direction. But the most important thing today is that what is required for young people and those who are attracted to work in the Far East and North are comfortable conditions. In order to have a place to live, what to do in your spare time, there was the opportunity and the right to have that resource necessary, financial, to go on holiday to those places that you need and it is important to see.

Russia - it is big, rich, and it is not necessary to fly to China, Japan and other Asian countries from the Far East. We have many attractive places inside our big country, and places for recovery. This is a complete set, this complex, which I'm sure will move forward.

- What is your confidence based on?

Now is a very good opportunity to really discuss these issues and find solutions, as the government of the Russian Federation prepares priority projects for the implementation of the May presidential decree. Just the trade unions all their intentions, which come from the workers, have the opportunity and the right to actively participate in this work, in the development of these programs. In order that this component - the northern and the Far East - should be taken into account.

The point of today's meeting is precisely to unite the resource of such a huge and authoritative organization as the FNPR, together with its member organizations. I am participating in this and will continue this work so that these priorities are written not only on paper, but are actually implemented.

We conducted dialogues recently with the Ministry for the Development of the Far East, with the government that very expensive flights from the Far East. I know that a decision is now being prepared and discussed in the Russian government on setting a zero VAT rate for airfare fares. It will be a lever to make the flights cheaper. There are other measures - in the current budget and for the forthcoming periods to establish broader amounts of funding for relocation from the Far East to other regions.

All these types of support do not exclude the possibility of some subsidizing of northern costs directly to the employer. This issue is not easy, and those options that were offered initially - through the federal fund for small business support - they, sorry for the tautology, did not find support, including from the trade unions. There were also proposals to change the size of insurance premiums in order to ease the burden of business. But this is also a debatable question. No one has a ready solution, but the dialogue continues.
Tags: north social guarantees development labor rights employers Far East 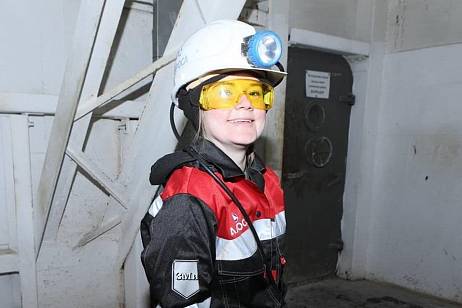 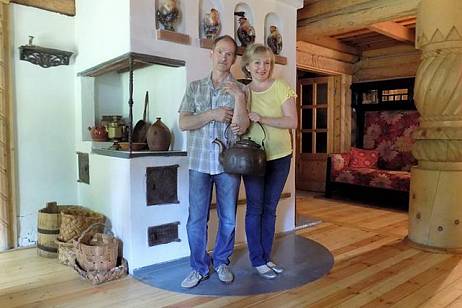