Cities have finished for people

The participants of the third forum "Wednesday for Life: Everything about Housing", which was held in Kaliningrad 18-19 May, discussed the formation of a modern comfortable urban environment. Experts and leading Russian and world architects presented their vision of the development of Russian cities and the formation of public spaces in them. How housing construction stimulates the development of cities, what tools for assessing the urban environment exist, and what changes await the city of the Far East in the near future - it was found out in the west of Russia by EastRussia. 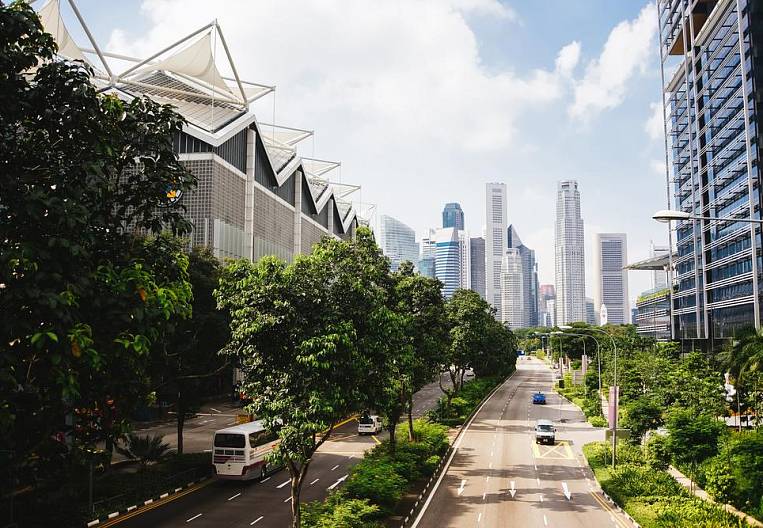 The winners of an open international competition for the development of architectural concepts for standard housing and residential development in Russia presented their vision of modern housing at the forum. They have developed layouts for every type of standard housing, from studios to 4-room apartments, for one of three models of urban environments - low-rise, mid-rise or central. Out of almost 300 participants, the jury selected five winners, three of which were representatives of Russia - the architectural bureau Plan_B, LLC Tovarischi Architects, LLC Esher, as well as Grupo Hdoo and TA.RI-Architects from Slovenia and Italy, respectively. In their projects, they paid attention not only to the quality of modern housing, but also to the improvement of the public space around it. At the same time, according to VTsIOM polls, out of 45% of Russians who want to improve the quality of their housing, some would change their place of residence in favor of more comfortable conditions.

"Today, cities compete for people, and to win in this struggle, they need competitive advantages - housing and a developed urban environment that takes into account the needs of citizens," said the organizer of the forum, Alexander Plutnik, CEO DOM.RF. "The value of personal and public space, points of interest near the house - all this is part of the life scenarios that modern citizens and the future generation of homeowners live by."

It should be noted that Russian President Vladimir Putin instructed the Russian government to develop a national project in the sphere of housing and the urban environment. According to the instruction, by 2024 the volume of housing construction in the country should increase and amount to no less than 120 million square meters. m per year, while the share of housing commissioning in an industrial way (construction of apartment buildings) will grow to 75%.

MY INDEX IS NOT A HOUSE AND NOT A STREET

One of the tools for assessing the quality of the urban environment and the effectiveness of changes in Russian cities that take place within the framework of the "Comfortable Urban Environment" program was the "City Index" developed by the Strelka Design Bureau together with the Ministry of Construction and the House of the Russian Federation.

Evaluation of the quality of the urban environment of the regional centers of the Far Eastern Federal District
Source: Index.dom.rf


The same criteria can be used to compare the quality of public spaces in different cities of Russia, which are similar in climatic conditions and population. For example, Vladivostok, yielding to Vladikavkaz, Ulyanovsk and Orel in the formation of housing and adjacent spaces, surpasses them in terms of landscaping and water spaces. “This tool shows municipal administrations what urban spaces need to be brought in line with the needs of a modern city dweller,” says Strelka.

"In the coming years, Russia is waiting for changes in key public spaces, the renewed territories of which will become an example for further transformations in other cities," - says the website of the CB "Strelka" - CITY-FUTURE. And this statement is not without grounds, since 40 architectural bureaus from all over the country participated in the development of urban environment improvement projects in 53 cities in Russia, including Vladivostok, Yakutsk and Khabarovsk. In total, 223 design project was developed, on average 3-4 territory per city, - these public spaces were identified through analysis of the situation and communication with the local population.

"In Vladivostok, the administration is preparing to hold tenders and develop design and estimate documentation for the reconstruction of the embankment of the Amur Bay. For its arrangement of funding from the federal budget voted by local residents, "- says the project director of the CITY-FUTURE.RF Mikhail Dzhahvaria. In addition to the waterfront, Vladivostok will have a territory at the Golden Bridge between the Korabelnaya Embankment and Svetlanskaya Street and the territory from Matrossky Square to Svetlansky Lane.

"These changes will have a positive effect on the external appearance of the city and make it more attractive for tourists," said Fadi Jabri, an employee of the Japanese architectural and engineering bureau Nikken Sekkei, who is developing a master plan for the development of Vladivostok as a smart and compact city. For this, in his opinion, it is necessary to unload the center and port, and the city's territory should be divided into several regions with different functions - creative clusters, business hubs, residential areas and transport hubs.

Also in the Far East will be landscaped promenade Lake Sisara, Mother Square and part of the city channel in Yakutsk, as well as the park "Dynamo", Pushkin Street and Blucher Square in Khabarovsk.
All the changes in public spaces in the cities of Russia take place within the framework of the federal program for the formation of the urban environment, calculated before 2022, for which regions will receive funding from the Ministry of Construction of Russia.
Tags: building Urban environment comfort Accomplishment