The results of 2019 of the Trans-Baikal Territory coincided with the results of the year in the Far Eastern Federal District. According to experts, this year, for the first time in many years, the region has new opportunities for sustainable development. EastRussia talks about the most significant events for the region that occurred in 2019. 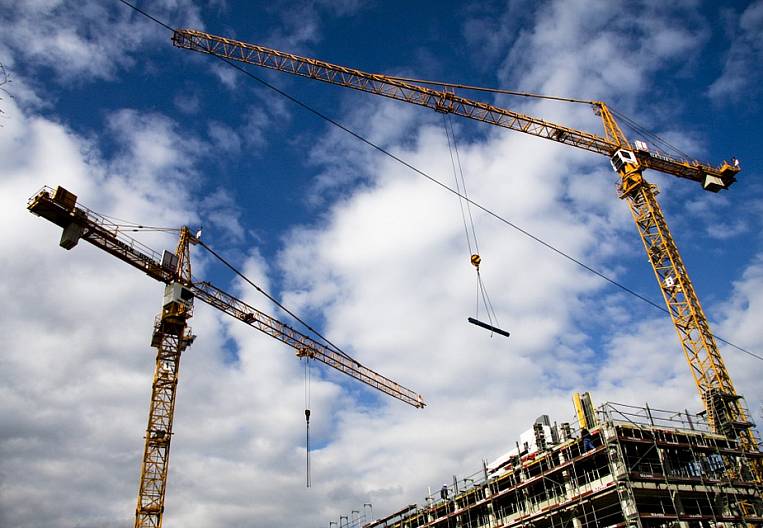 For the Trans-Baikal Territory, 2019 was full of both positive events and not very. The year brought the region not only a series of new political and economic events: a new governor, the head of the Chita administration, appeared in Transbaikalia, they earned the “Far Eastern hectare” and “Far Eastern mortgage”. Not without sad events - accidents with numerous casualties, fires with multimillion losses.

Medvedev also discussed the allocation of funds to provide the population of the region with equipment for receiving a digital television signal and visited a number of social facilities. The Prime Minister himself noted that it is quite rare when such a large government meeting is devoted to one subject.

“The visit of the Prime Minister to the Trans-Baikal Territory is also an additional opportunity to speak out and outline ways to resolve those issues that require priority measures. The Trans-Baikal Territory is a difficult region, and the issue of developing an accelerated program for the development of the Territory is relevant. Of course, you can’t get away from political assessments when visiting representatives of federal authorities; they are positive, but in this context they are not the main ones. And the specific measures that were taken during Medvedev’s visit and the work carried out by the regional authorities to develop the region are important, ”said Senator from the Trans-Baikal Territory Sergei Mikhailov following the visit of the Deputy Prime Minister.

President Vladimir Putin arrived in Transbaikalia in April. He followed to Vladivostok and made a short stop at the Chita airport. The President held a meeting dedicated to eliminating the consequences of natural fires that caused one billion rubles in damage to the region. Housing was destroyed, the region’s agricultural industry suffered heavy losses. The head of state instructed the government of the region to prepare a plan for the restoration of burned-out housing and quickly, before the cold weather, to build houses and the entire infrastructure.

“Yes, Vladimir Vladimirovich,” the head of Transbaikalia answered at the president’s instructions at the meeting.

The head of Transbaikalia, Alexander Osipov, reported to the president about losses and damage: 85 people sought medical help, 34 people received treatment, eight were in serious condition. 169 houses were damaged, 125 of them burned down, 44 were damaged, 128 shepherd's campsites burned down.

In April, the reconstruction of the settlements affected by the fire began. Infrastructure has now been restored, all shepherd sites have been rebuilt.

Change of power for the first time in 20 years

The fateful meeting of the City Duma, at which the leadership of the representative body of the regional capital was elected, took place on September 19. On this day, 28 deputies who participated in the vote unanimously supported the candidacy of Yevgeny Yarilov.

“I understand that I am taking up a responsible post - the future of more than 350 thousand Chitins is at stake. But I have a desire to carry out this difficult work, and as for the forces, they must be consolidated, because I am convinced that one in the field is not a warrior, ”Yevgeny Yarilov then commented on his appointment to journalists.

And on November 28, the Duma appointed Alexander Sapozhnikov, the head of the Chita administration, who plans to achieve the same level of improvement for the city as in Moscow. Chita, according to Sapozhnikov, should become beautiful and well-groomed ..

Such significant changes in the city administration occurred for the first time in many years. For almost 20 years, Chita was led by Anatoly Mikhalev, who died in June.

In 2019, the mechanisms of socio-economic development of the Far Eastern regions began to work in the Trans-Baikal Territory. The territory of the advanced development “Transbaikalia” and the opportunity to get land for use - “Far Eastern hectare” appeared.

Thanks to the TOP, large and small businesses will receive tax benefits, as well as assistance in the construction of the infrastructure necessary for the operation of enterprises. Private investment is expected to reach 196 billion rubles.

There were traditionally quite a lot of applicants for getting into this section. These are swift steppe fires that instantly swept the whole southeast of Transbaikalia on December 20-21, and the shooter from the village of Gorny Ramil Shamsutdinov, who shot eight colleagues on October 25, drought and the invasion of bears, as well as a series of deaths on the water.

However, all of the above crossed out the terrible traffic accidents that occurred on November 15 in Aginsky and December 1 in Sretensky districts. In total, in three accidents involving two cars, two trucks and a passenger bus, 30 people were killed and almost the same injured. After both cases, a regional day of mourning was declared in Transbaikalia. Such a frequent series of major road accidents in the region has never happened before.

According to the regional Ministry of Finance, in 2019, the total amount of financial support for the implementation of national projects for Transbaikalia amounted to 9,1 billion rubles, of which the federal budget amounted to seven billion rubles. The regional Ministry of Investment Development associates economic growth with the possibility of creating an ASEZ. Since its inception, residents have signed ten agreements with an investment of over 115 billion rubles.

National projects helped to improve indicators. According to the regional ministry of education, science and youth policy, the money allocated from the federal budget in Transbaikalia updated the material and technical base of seven secondary vocational education institutions in the amount of more than 172 million rubles, 75 million rubles allocated from the federal and regional budgets with extra-budgetary funds , created ten workshops in technical schools. An important event in the field of further education was the creation of the Quantorium technopark. Together with the municipalities, over 73 million rubles were allocated to educational organizations of the region as part of a project to upgrade the material and technical base.

“For the first time since 2014, it is planned to increase spending on recreation and recreation for children by 33%. We have long been waiting for such growth. This increase will help to improve the living conditions of children in recreation and health facilities from food quality to the infrastructure of institutions, ”said Education Minister Andrei Tomskikh.

The Ministry of Health of the Trans-Baikal Territory announced the construction of 14 feldsher-obstetric centers (FAPs) in nine regions of the region under the regional project "Development of a primary health care system"; seven more FAPs are being assembled in four regions. We bought flight watches for more than 200 million rubles for the needs of medical aviation. In medical organizations, they carried out repairs, purchased ultrasound machines, functional beds for intensive care units, functional diagnostics equipment, exercise machines and other equipment.

Nevertheless, the Minister of Health of the Trans-Baikal Territory Valery Kozhevnikov in December, speaking to deputies of the regional parliament, said that not all feldsher-obstetric centers in the region were equipped with the necessary equipment. For additional equipment, more than 300 million rubles are needed.

It must be admitted that not all of the 474 FAPs are equipped with one or another type of medical equipment. 366 million rubles are needed for retrofitting. To equip all the central district hospitals with the necessary equipment, 16,4 billion rubles are required, ”the minister said.

Another national project helped put in order several important roads in Transbaikalia. This year, under the Safe and High-Quality Roads project, over 90 km of regional roads and almost 30 km of roads included in the street network of the Chita metropolitan area have been brought into regulatory compliance. The construction of a multi-level interchange at the intersection of the Ulan-Ude-Zabaykalsk highway was completed, and the access to the Chita-Smolenka federal highway was commissioned.

The Minister of Construction, Road Facilities and Transport of the Region Alexey Goncharov said that in the future 2020, money from the federal budget will be allocated as a priority in order to improve the quality of the road network.

“It will be necessary to competently approach the issue of the feasibility study of the facilities. In addition, we have provided financing in this direction according to the plans for the social development of centers of economic growth. This applies both to repairing roads and providing them with lighting. This year, about 25 settlements were paved along the main streets. Next year we will provide asphalting in almost all areas, ”the minister said.

The Ministry of Finance of the Trans-Baikal Territory predicts the final volume of tax revenues in 2019 in the amount of 38,4 billion rubles with an increase of 2018 billion rubles by 4,3. 7,8 billion rubles were allocated from the federal budget to Transbaikalia to maintain a balanced budget, including 4,3 billion rubles to pay public sector employees, 800 million rubles to bring buildings into normative condition, anti-terrorism and fire safety of social institutions , 3,6 billion rubles - for the implementation of the social development plan of the centers of economic growth.

“It is necessary to position Transbaikalia as a region with high investment potential, as a region where you need to come. We will take part in all all-Russian events in order to once again declare the region and our capabilities. We must show that you need to come to our region, good and hospitable people here, that Transbaikalia is a region with great potential, ”said Marat Mirkhaydarov, acting deputy chairman of the Trans-Baikal Territory government, summing up the results of 2019.