The main value is communication 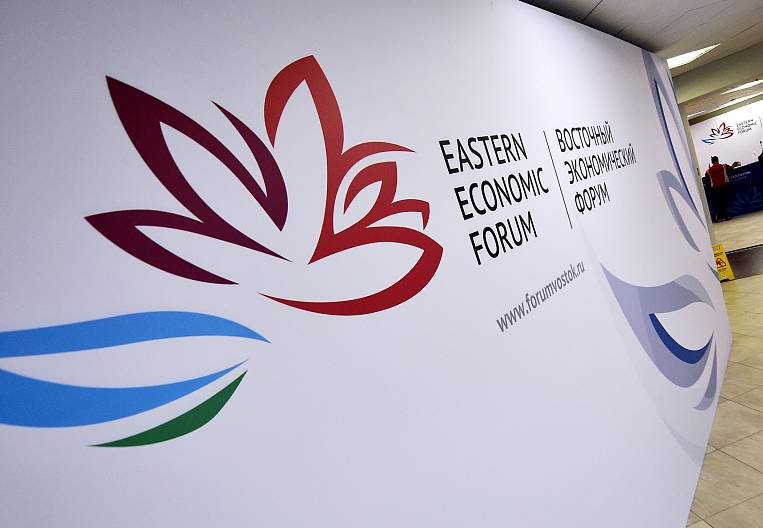 One of the main directions of the work of the Eastern Economic Forum (WEF) is to demonstrate the effectiveness of those results that were introduced by new development tools introduced in the Far East. IA Eastrussia.ru conducted a survey of business - the main actor of modern economic development of the Far Eastern Federal District.

"PJSC RusHydro realizes the importance of the WEF for the Far Eastern Federal District and the country as a whole, as a result of which it acts as an official partner of the forthcoming forum. In this context, it should be noted that the WEF already today becomes one of the most popular Russian sites for effective communications with representatives of the international business community, foreign government structures and a multitude of experts. The platform of direct dialogue with the world leaders of the industry, development institutions, authorities and the expert community. The agreements that are being reached here form the basis for a new image of the electric power sector of the Far East. Of course, it is still difficult to give any assessment to the WEF format, since it was held only once, and the agreements concluded on it a year ago do not imply an instant result. As for the upcoming forum, it certainly will be the platform for the beginning of many dialogues. Without which, of course, it is impossible to agree in principle, "commented EastRussia correspondent the press service of PJSC "RusHydro".

"In the upcoming Eastern Economic Forum, a number of things are important for AK ALROSA. These are some parts of its business program, the presence of certain people on it, the signing of a number of official documents, the vision of the company at the Forum by other business, investors (including foreign ones), state power, as well as the nuances of Minvostokrazvitie and the first results of the mechanisms introduced by him at Far East. As for the signing of the documents, it is especially important for ALROSA that, for its part, the Forum will sign an agreement with the Ministry of Regional Development on the largest investment project of the company - "Diamond-mining enterprise on the basis of the Upper-Munsky ore field". In addition, for the company is important and the fact that, within the framework of the Forum, it will open the "Eurasian Diamond Center" - a unique cluster that centers on complementary companies in the diamond and diamond industry. Such as mining and sales companies for rough diamonds, diamond and jewelery manufacturers, gemological laboratories, banks, insurance companies, specialized carriers. And also includes the state structures: a specialized customs post and a state control point. At the same time, only the List of Participants of the WEF is impressive, both in terms of quantity and quality. As well as the business program of the Forum, within the framework of its activities, WEF participants will be able to get acquainted with the already developed business projects, learn about the current investment opportunities of the Far East, and get all the necessary answers regarding business in the region. In general, I would like to note that by now the Eastern Economic Forum has managed to become a unique platform that provides participants of all profiles with all formats to ensure interaction on issues of cooperation and integration in the economy of the Far East. In particular, the WEF allows demonstrating investment opportunities in various sectors of the Far Eastern region: from agriculture and tourism to heavy industry and high-tech industries. It also provides an opportunity to discuss the problems of granting tax and other preferences to investors from the state, reveals the opportunities and prospects for the integration of the Russian Far East into the APR economy, "EastRussia press service of AK ALROSA.

“At the upcoming Forum for Rusagro, it is important to see the government’s attention to the Far East, since in this case the likelihood of building the declared infrastructure increases. Another important prospect for the company is a future meeting at the Forum with potential export partners - from China, Japan and Korea. At the same time, the Forum is important for Rusagro and as a platform for contacting and communicating with foreign investors, it is very convenient that it allows many important people to be at the same time and in one place. If we speak in general about the VEF as a forum that has recently appeared, its format is quite standard. But effective ”, commented the Director General of OJSC“ Group “Rusagro” OJSC to the correspondent of EastRussia Maxim Basov.

“The official program of the forum is sessions, speeches, bright statements, signing of agreements. They will be the focus of media attention. However, the effectiveness of the Eastern Economic Forum cannot be estimated in billions of dollars, the number of contracts awarded, the amount of news devoted to it, or measured in other quantitative terms. The main value of the EEF is the creation of a communication space for the parties whose successful interaction affects the development of the Far East. Regulators, representatives of Moscow and the regions, investors from Russia and the countries of Southeast Asia will gather on one site. This is a unique opportunity for people to communicate, which would otherwise be impossible to gather in one place at one time. It is this component of the forum that is most important to me. Since this is an opportunity to share your opinion, to hear what representatives of ministries and departments think, what colleagues are faced with, what decisions they have come up with, how this relates to the experience of our company. In this context, the effectiveness of an event always depends on the status of guests and speakers. But in the case of the Eastern Forum we are dealing with the highest level - the composition of its participants is such that one can expect its high efficiency. Therefore, the participation of top officials of the state, the largest Russian and foreign investors is expected. The second important result of the regular holding of the Eastern Economic Forum is that Russia is no longer closed, "a riddle wrapped in mystery and placed inside a puzzle." This is especially important for reaching an understanding with our closest Far Eastern foreign neighbors - the APR countries. The success of this process will largely determine the success of our efforts in the development of the regions of the Far Eastern Federal District ", - said the Chairman of the Board of Directors of the Petropavlovsk Group Pavel Maslovsky.
Tags: WEF ALROSA RusHydro RusAgro Petropavlovsk 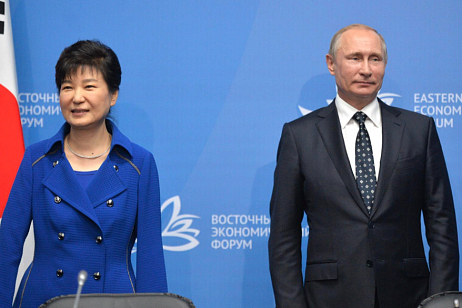