"Gas" dispute flared up in Transbaikalia

Opinions on whether a gas pipeline is needed in the Trans-Baikal Territory are divided. Earlier, Eastrussia published an interview with Professor Vladimir Salikhov, who believes that pulling a “pipe” into the region is a crime, because the territory has coal reserves that just need to be processed correctly. However, the honored power engineer of Russia, the industry veteran Arkady Ostroumov, did not agree with this. He states that the Trans-Baikal gas pipeline is vital. 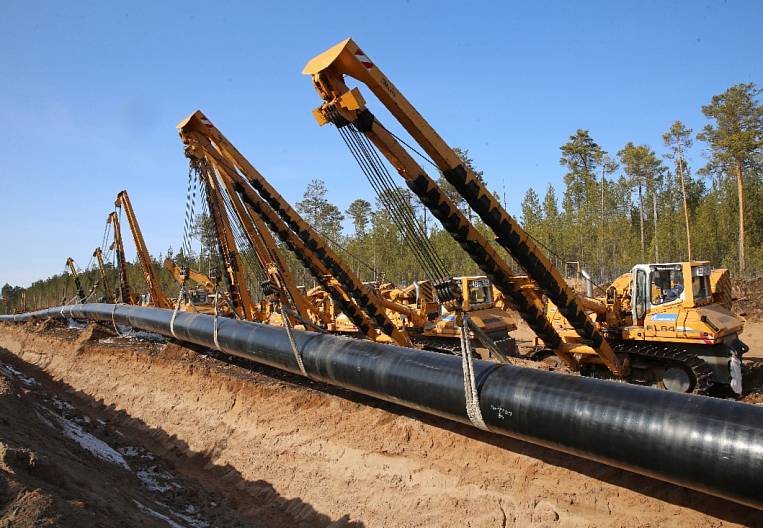 According to Arkady Ostroumov, conducting gas in the Trans-Baikal region will not be as expensive as it seems. In addition, coal energy is less environmentally friendly than gas.

“Add the natural conditions in which we live and get today's situation. After all, if the degree of purification of smoke from burning coal can still be improved, the climatic conditions of Transbaikalia and the hollow topography of the area where our settlements are located cannot be changed in any way, ”said the power engineer.

The fact that Chita was on the list of the most disadvantaged cities in terms of ecology was known back in the middle of the XNUMXth century. It's all about boiler rooms and ovens. According to Ostroumov, the appearance of gas in Transbaikalia will help change the situation.

“Another point is the load on a separate power plant and the environment where it is located: on Lake Kenon, on the air of the city of Chita. When the Chita State District Power Plant was built, it supplied electricity for the needs of the region, and heat went to the worsted-cloth factory. When the question arose about the need for electrification of the Trans-Siberian Railway, we were obliged to increase electric power, and then connect new consumers to heat. And they promised us that when the Kharanorskaya TPP and other sources are built, the capacity at the Chita station will be reduced, ”said Arkady Ostroumov.

This did not happen, and the load on the station increased and now the heat supply of 80% of Chita depends on it. Ostroumov considers ash dumps, the dams of which have repeatedly broken through, to be another minus of coal energy.

“Subsequently, power engineers began to pay more attention to the waterproofing of ash dumps, but is it possible to 100% guarantee the safety of this facility? Is there any choice in this case for ash dumps to be below the city? The task is not trivial, ”said the power engineer.

According to him, talk about gas supply to the Trans-Baikal Territory began when deposits were found on the western side of Lake Baikal and in Yakutia. There were several options for how to master them. With the ex-governor of the Trans-Baikal Territory Konstantin Ilkovsky they discussed the topic of transferring the region from coal to gas, developed a scheme that was sent to Moscow.

“On the map we drew a gas pipeline that runs along Lake Baikal, rounds it in the south, rushes through Buryatia to Transbaikalia and then abroad. But top management intervened in this matter and moved the gas pipeline far north of Lake Baikal. The pipe went past us to the Far East and to China. It absolutely does not affect the lake. The pipeline goes through deserts, there is no industry there. And in this case, we can only join in the reverse direction: send a withdrawal from the east to Chita and then to Ulan-Ude, ”said Ostroumov.

According to the honored power engineer, the regional and Chita authorities need to think about the prospects for the Trans-Baikal energy, which has already exhausted its reliability margin. Think he advises on minimizing damage to nature.

“Soviet power engineers have provided several options for the supply of heat to Chita. Perhaps, to return to these documents, given the environmental problems of the city, given the prospects for the construction of a gas pipeline? Using these projects and combining them with the gasification of the region, it would be possible to close a sore point. In Soviet times, it was a question of building a thermal power station-3 in the east. If gas arrives, you can consider the draft CHPP-3 and the conversion to gas of the Chita CHPP-2. The heat supply of our city, located in such harsh climatic conditions, cannot be tied to one source, it is unreliable. There is nothing to pull a large highway from Chita CHPP-1, ”concluded Arkady Ostroumov.

Professor Vladimir Salikhov, in response to this, states that one cannot reason so simplistically and one-sidedly. In his opinion, the former power engineer does not take into account that the world, including the scientific one, does not stand still, but is in a constant search for solutions, including environmental problems. That is why it is necessary to solve them comprehensively, and not simplified and primitive.

Salikhov favors the gasification of Transbaikalia, but only for a reasonable one - not simplified and straightforward in the form of building a gas pipeline from Skovorodino. He proposes to supply fuel from the Amur Gas Processing Plant (AGPZ) under construction in the city of Svobodny. The demand of Transbaikalia is about 15 thousand tons of gas per year, and the cost of delivering gas in tanks by rail or road will be quite acceptable and will compete with gas supplies from Angarsk.

Another option for providing Transbaikalia with gas is the recently developed new Thermocox concept. It has been successfully tested at the experimental-industrial level and allows to obtain from low-grade coals, primarily brown, two products with high consumer value: gas and coke residue, used as specialized technological and metallurgical fuels of a higher class. The Thermocox technology is distinguished by high environmental performance: suffice it to say that ash and slag waste is completely absent in this cycle.

According to the professor, the ecological situation in Transbaikalia will significantly improve with the reasonable use of coal. This will help, first of all, briquetting - obtaining smokeless coal. Using this technology, one ton of briquettes is obtained from three tons of coal - a more energy-intensive and environmentally friendly product. In the meantime, in the Chita CHPP-1 in the winter, about 700 tons of coal are burned hourly. Calls on Vladimir Salikhov to develop coal chemistry, as well as the production of coal and wood pellets.

Arkady Ostroumov explains the environmental problems of Chita in many respects as unfavorable natural factors and poor location in the modern landscape. Vladimir Salikhov, in turn, notes that most of the settlements located in the mountain-taiga area are in the same situation.

“We need to make claims against the primary pollutants of the atmosphere, the primary sources, because they are visible to the naked eye, and not blame the nature, it is necessary to identify active and passive pollution factors,” the professor says.

In his opinion, such a fate will soon affect the north of the Trans-Baikal Territory, where the largest mining and metallurgical plant is being built, and if primary sources of pollution are not eliminated, the village of Chara and the entire Charskaya depression will be on the verge of an ecological disaster.

“Even the snowy peaks of Elbrus with a height of 5 meters are prone to pollution due to ill-conceived environmental steps at existing mining facilities,” said Salikhov.

He claims that his opponent is too simplistic and one-sided in solving energy and environmental problems, making claims to coal miners, and advocates for the centralized gasification of the region, which is supposed to solve the whole tangle of problems, not to mention the fate of the coal industry - one of the leading Transbaikalia.

“Coal energy complicates the environmental situation only in the case of a straightforward burning of coal in the furnaces, which is an undisguised crime. Now there are many technologies for the use of coal, in which it is not even necessary to build ash dumps. These include the technology for producing water-coal fuel (VUT) with a grinding depth of 0,7-0,8 microns, the transfer of power plants to which according to the "fuel oil scheme" is not difficult. Today, VUT is successfully used in China and Brazil, ”the professor explains.

He notes that the prospects for the development of energy, economic and environmental problems need to be addressed in a comprehensive way: use liquefied and compressed gas, solar and wind energy, wood pellets, energy of small rivers and earth bowels in the region.

“But relying only on the gas pipeline as a panacea for all ills is a completely hopeless occupation, on the verge of a crime before common sense,” said Vladimir Salikhov.

While experts are arguing, the idea of ​​gasification of Transbaikalia seems to be moving from a dead point. Speaker of the Federation Council Valentina Matvienko instructed to develop a separate gasification development program for the region. She noted that the document must be agreed with the government of the region and proceed with implementation. According to the favorable forecast, the “pipe” from Skovorodino will be extended by 2023-2024.