A gallop across the expanses of the Kamchatka Territory 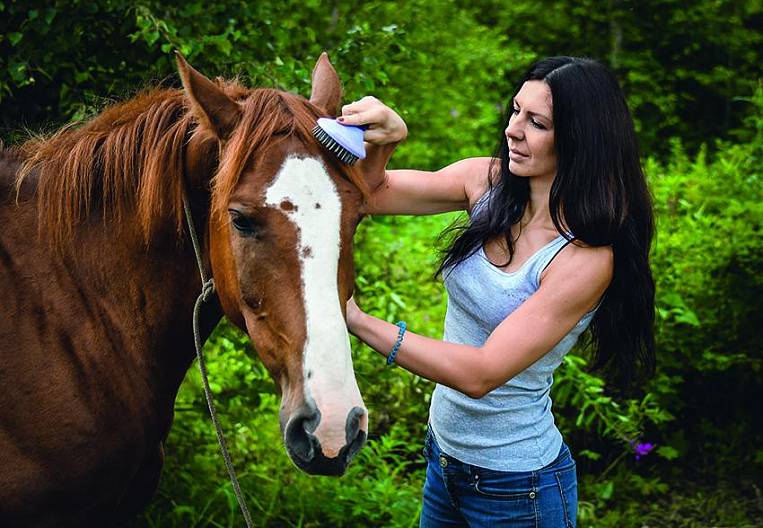 Special project Far East hectare: history
The Pozdnyakov family opens a riding school on their hectare. The spouses have already built a warm gazebo for the guests and equipped places for barbecue.

Thanks to the law on the "Far Eastern hectare" Daria Pozdnyakova got the opportunity to do what she loves and is now opening her own equestrian club. I chose the hectare for a long time and carefully, until an ideal site was found near the city. Thus, new prospects opened up for a resident of the Kamchatka Territory: the problem of finding and registering land for the development of her beloved business was solved overnight.

Daria Pozdnyakova has been fond of horses for a long time and has been carrying the idea of ​​creating her own equestrian club for more than one year. The project was carefully thought out, a team was formed, which even included a professional trainer, teaching both amateurs and athletes.

“All that we lacked was the land on which it would be possible to arrange the business,” Daria shares her memories. The start of the program came at an opportune moment, the problems associated with the registration of the site were solved by themselves. However, I still had to look for a suitable hectare. The choice was approached with all attention: it was important to find land that would be suitable both for creating a club and for living - in the future, the couple hope to build a house on their hectare.

However, after several field trips, the ideal site was found not far from Yelizov. Today the household of the Pozdnyakovs has six horses. “We planned to officially open in August, but had to be postponed until October. However, despite this, we already have a queue, people come for horseback riding, ”said Daria Pozdnyakova.

On a selected piece of land, a warm gazebo for guests has already been built and there are places for cooking shish kebab. Owners of a hectare are sure that the guests of the club will be attracted by the opportunity to get more pleasure from sports recreation both in summer and in winter.