The energy of Natalka 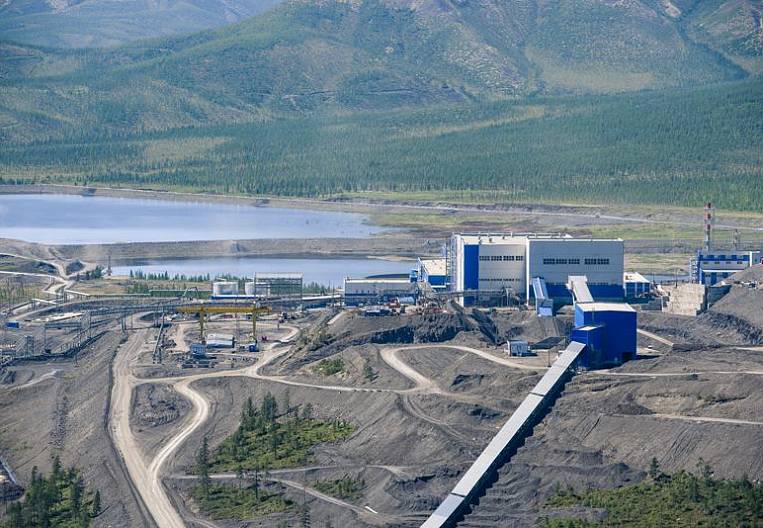 At the Eastern Economic Forum, in a solemn atmosphere in the presence of Russian President Vladimir Putin, a major project in the development of precious metals was launched: JSC Matrosov Mine completed the construction of a modern production facility at the Natalka gold deposit. Due to it, the Magadan Region, one of the leaders in the mining industry in Russia, will be able to increase the annual volume of gold production by at least a third to the current level. At the same time, this project solves a complex task - due to the creation of new energy facilities, it will be possible to develop other reserves of the Yano-Kolyma gold ore province.

The gold deposit in the upper reaches of the Natalka stream, about 400 km from Magadan, was discovered at the beginning of the 1940. The mine, named in honor of the hero of the Great Patriotic War, Alexander Matrosov, during the Soviet period consistently brought in 1-1,5 tons of precious metal annually. Later, at the Natalka deposit, it was decided to conduct additional exploration of gold reserves and update production capacity in order to proceed to open production. New exploration has shown that the mine has serious deposits of gold ore. The proven and probable gold reserves in the field are 16 million ounces.

The project was not easy. However, the construction site has now entered its final stage. The delivery of all technological equipment has been completed, a gold recovery plant is being prepared for launch, where the world's largest ball mill for grinding ore has been installed (in the summer, the ore crushing conveyor complex and other units under load were adjusted), and auxiliary infrastructure facilities are being built.

According to forecasts, with an output to the designed capacity, the annual production volume of the Matrosov Mine will be about 420-470 thousand ounces or up to 13-14,6 t during the entire life of the deposit. In the Ministry of Natural Resources and Ecology of the Magadan Region, the development of the Natalka deposit there considers a serious economic breakthrough in the mining sector and the region as a whole.

Due to the Matrosov Mine (R&M) and other assets, the forecasts of PJSC Polyus are increasing. According to the general director of the company Pavel Grachev, in the coming years the company expects an increase in total gold production - up to 2,35-2,4 million ounces in 2018 and up to 2,8 million ounces in 2019. “This exceeds the previously announced forecast of at least 2,7 million ounces by 2020, due to strong operating results and a strong pace of development projects. Our project portfolio is well balanced and includes seven highly attractive projects for the development of existing assets and a project for the development of the Natalka field, which is in a high degree of completion, ”says Pavel Grachev.

Natalkinsky is one of the main objects of the Yano-Kolyma gold province. Another strategic field, Pavlik, is also currently developing successfully. A year and a half ago a gold recovery factory was set up there. In 2016, JSC "ZRK Pavlik" received 3,8 t of gold, in the investor's plans (the company operates on the Pavlik ore deposits, Pavlik-2, Rodionovskoye) - to increase production to 12 t annually.

According to the Governor of the Magadan Region Vladimir Pechenogo, thus, by 2025 the region will be able to reach the level of extraction in 50 t of precious metal, while in this it is going to get 30,5 tons of gold. "This is both new jobs and revenues to the budget," the head of the territory underlines.

It is worth saying that the Natalka deposit project could not be successfully implemented without solving the issue of the energy infrastructure. Last year, within the framework of the Second Eastern Economic Forum between JSC Matrosov Mine and the Ministry of the Russian Federation for the Development of the Far East, an agreement was concluded in accordance with which a gold mining company is granted a subsidy from budgetary funds in the amount of 9,9 billion rubles. for the construction of an overhead transmission line 220 kV Ust-Omchug - Omchak Nova with a distribution point and a substation Omchak Novaya. The new infrastructure will provide an opportunity to connect additional capacity of the RM, "ZRK Pavlik" and other developers of promising deposits.

According to Pavel Grachev, it is extremely important to stimulate investors' activity at the expense of such state support measures. "The mechanism itself is effective, in the future it can and should be developed. This applies not only to existing support measures. In Minvostokrazvitiya, a number of new measures are being developed, including with the participation of investors. We can say that this team is in the right practical direction, "says Pavel Grachev.

For the Far East, this is not the first successful project, when the state finances the creation of infrastructure through a direct subsidy to the investor. In total, with the help of this mechanism in the macroregion, 14 projects are implemented, the total amount of private investments for which amounts to 294 billion rubles. Among the recipients of state infrastructure support are three gold mining projects, two coal-mining enterprises, three agricultural complexes in the Khabarovsk Territory, timber industry, a port terminal and other investment projects. 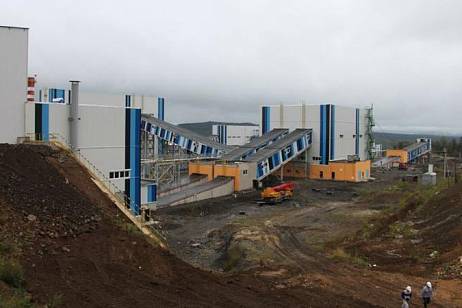 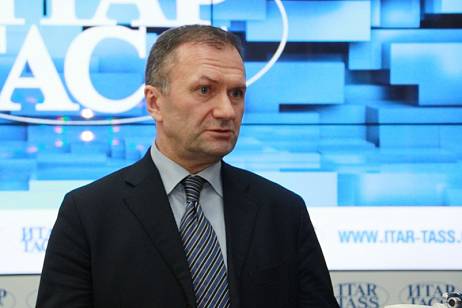