The government of the Amur Region will involve federal supervision services in order to fight as effectively as possible with gold miners who, in their pursuit of precious metals, ignore compliance with environmental legislation. Enterprises that extract a valuable resource in the region carry out production in a "dirty" way and thereby damage nature. EastRussia learned how the local authorities are going to deal with such violators, and who will be involved in proceedings with them. 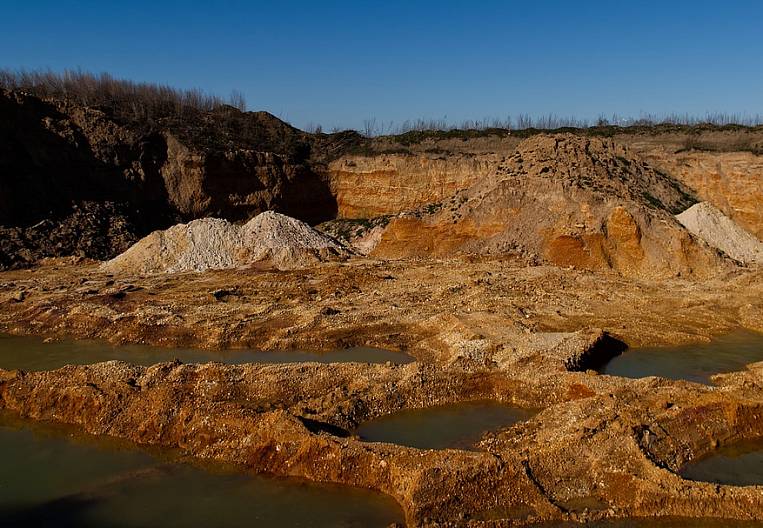 Most of the environmental problems are created by enterprises that receive licenses for mining placer gold. The Selemdzhinsky region has become one of the critical zones - precious metal has been washed there for 140 years, despite the fact that in the Amur region this method has been used for only a century and a half. In the past few years, the number of complaints against industrialists - both from officials and public figures, and from ordinary citizens - has grown significantly, and the current sanctions are not producing the desired effect. Gold miners continue to pollute water bodies in the north of the region in pursuit of metal. Since the beginning of this year, environmental organizations have confirmed more than 100 such cases: in total, more than three thousand km of water bodies have been damaged. The number of complaints and confirmed facts of pollution is growing.

The topic of combating violators of environmental legislation was again raised by the Governor of the Amur Region Vasily Orlov. He noted that initially, officials sought to limit quotas for gold miners to attract foreign labor. But the two-year ban on hiring foreign artel workers showed that the problem is not with them, but, as they say, “in the head”: regardless of the nationality of ordinary employees, the enterprise continues to work with “dirty” methods.

“I am absolutely sure that we will tackle unscrupulous subsoil users more rigidly. We don't need such gold mining. I repeat once again - such gold mining is not needed when the environmental damage from gold mining exceeds all conceivable and inconceivable parameters. We will put things in order here, ”the governor said, announcing a new stage of work on this issue.

Against the background of the fact that the number of licenses issued for gold mining is growing, this is becoming a big problem.

“The reason, in our opinion, is the weak work of all control bodies. What is happening today is our common flaw, ”emphasized Vasily Orlov.

“Every year the number of complaints about river pollution as a result of gold mining is growing exponentially. In the region, 1 licenses were granted for the use of precious metals, 200 (811%) of which were for the purpose of geological exploration, including prospecting and appraisal of gold deposits ... For each license you cannot assign a controller. Ideally, there should be an understanding that pollution of rivers is embarrassing and ethically unacceptable. Any artisanal artel should make a profit, but this should be done in the field that is determined by legislation. When the river is clogged with oil products and suspended solids, everyone suffers from this, ”emphasized Vyacheslav Goryachev, head of the Amur Interregional Administration of Rosprirodnadzor.

Since last year, the Amur Ministry of Natural Resources has begun recording violations of environmental legislation using a mobile laboratory. The total amount of damage to water bodies in 2019 amounted to over 49 million rubles, and only half of this amount was paid by the enterprises. Most of the cases are still pending: some artisanal artels can be brought to justice only after litigation. They are being handed gigantic fines, but other miners have not yet learned from their mistakes.

It is not yet possible to stop this snowball. So, in May of this year, Karat LLC, which was working in the Zeysky district, was sentenced to a fine of 20,9 million rubles at the suit of the environmental prosecutor's office. When developing a gold deposit, industrialists used the local Bezymyanka stream, from where they took water, supplied it to the device, and then dumped the wastewater back into the reservoir, without using sedimentation tanks and channel ditches. In early October, a fine of 19,5 million was collected from Roszoloto LLC. This enterprise was provided with a plot in the basin of the Otradny stream, and the prospectors washed the gold sand in a forward flow and dumped untreated process water into the reservoir, which subsequently led to the pollution of the Umlekan River.

One of the latest high-profile violations was registered in the zone of the Zeya reserve - where gold miners not only climbed into a specially protected natural area, but also managed to destroy four hectares of forest belts. The incident happened on the Kamrai River, at the place of its confluence with the Gilui. At the same time, when the management of the Zeya Reserve initiated proceedings, a curious situation emerged: the precious metal mining site for which the violator (LLC Maristyi) received a license was superimposed on the protected zone, and Rosnedra did not agree on permits with the protected areas. The exact amount of damage has not yet been established.

Often, the inspectors simply do not have time to “cover” the violators - the gold miners quickly stop mining the precious metal, but resume it immediately after the departure of the representatives of the supervisory authorities. According to the Minister of Natural Resources of the Amur Region, Sergei Makhu, the situation should change soon: representatives of the department were included in the federal commission, which will issue licenses to industrialists to search for gold and cancel them.

“We know the violators, and we will apply for a refusal to issue licenses and deprivation of the rights to use previously issued search licenses,” explained Sergei Makhu.

The governor suggested that the head of the ministry invite local residents to raids in the region so that they can promptly report violations in the work of gold mining enterprises. This will allow you to quickly record the facts of environmental pollution and identify the culprits.

The more fundamental enterprises that extract the indigenous gold are in marked contrast with the placers. They invest tremendous energy and resources in safe production and strictly comply with environmental laws - from levels of exposure to water, air and soil to waste management.

“Companies use advanced technologies, equipment and materials, implement the best world practices in order to reduce the consumption of natural resources. Since every field and every open-pit mine has its own life cycle, Petropavlovsk is committed to restoring the landscape to its original state as much as possible. Business closure planning is already starting in the permitting process. The production facilities operate environmental management systems (EMS) that help identify and manage these risks, as well as achieve resource and energy efficiency. EMS at all our enterprises are fully certified in accordance with the international standard ISO 14001. Our environmental risk management strategy is based on continuous and strict monitoring, advanced training of our employees, additional control by government agencies and preparedness for emergency situations, "EastRussia was told in the group companies "Petropavlovsk".

The company in question spent over 30 million rubles last year on environmental protection costs. The result was a complete absence of violations following six official environmental audits conducted by external agencies. In addition, the group of companies joined the UN Global Compact and committed itself to contribute to the achievement of sustainable development goals, many of which are directly related to ecology and environmental protection.

At the mines of "Petropavlovsk" there is no discharge of wastewater in any form: both on the terrain, and into surface and underground water bodies. All treated effluents are used in recycling and recycling water supply systems for industrial processes. There is even a collection of rain and melt water at the sites: after cleaning, they are used for dust suppression. Placer gold miners in the Amur region hardly even think about reaching such a level of responsibility.

“The efforts of the government of the Amur Region are aimed at suppressing the actions of placers-“ predators ”who install the industrial device, remove the gold, and quickly leave, not caring about the environmental consequences of their activities. The work of each of the enterprises of "Petropavlovsk" is designed for decades of work, the creation of each of them required large-scale investments not only in the creation of metallurgical workshops and mining areas, but also laboratories, shift camps, and the necessary household infrastructure. The work of the company's ecologists is aimed at ensuring that throughout the entire period of operation of this large-scale complex and after its completion, the impact on nature was minimal, ”the agency added.

The Ministry of Natural Resources of the Amur Region assumes that it is possible to partially solve the problem of water pollution due to participation in the federal program "Clean Rivers" in the next five years. It may include a monitoring section during mining: every enterprise that extracts placer gold will have to purchase mobile devices for analyzing water for the presence of suspended matter. The head of the department has already announced a possible procedure for such studies.

“Organizations online will be required to conduct a study of water samples in rivers, first on a weekly and then on a daily basis. But this measure affects those who conduct business on legal terms. But there are also so-called “black diggers”. We will work with them, involving law enforcement agencies, ”explained Sergei Makhu.

The working group also prepared a list of proposals for the federal departments to tighten federal legislation for unscrupulous subsoil users. Regional officials propose to transfer powers over the exploration and production of alluvial gold from Rosprirodnadzor to the Ministry of Natural Resources of the Amur Region, to tighten administrative responsibility, and to involve local authorities in solving environmental problems. In addition, representatives of the regional ministry of natural resources must enter the commissions of the territorial administration of Rosnedr and participate in granting the right to use subsoil, amendments and cancellation of licenses, as well as in coordinating technical projects for the development of deposits.