Ecology is a priority 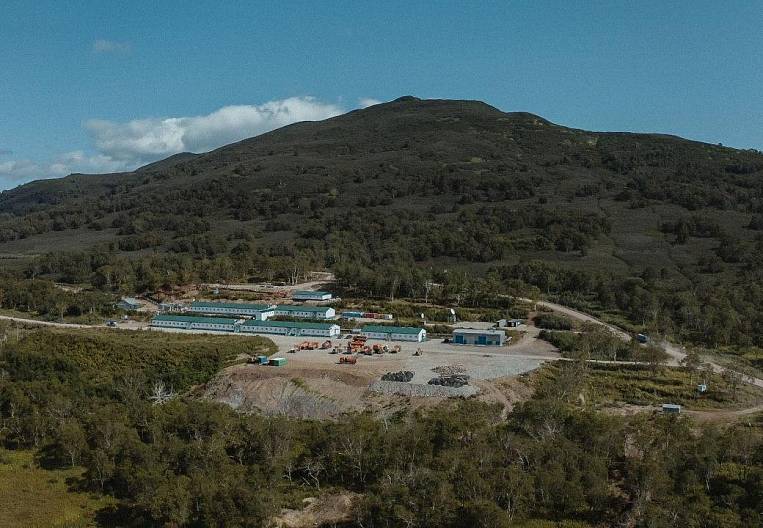 Trans Siberian Gold (TSG) expects to put into commercial operation a second mine at the Asachinskoye deposit in the Kamchatka Territory by the end of the year. The process by which the new facility will operate can be called advanced in terms of novelty for the Asachinsky GOK and breakthrough in terms of environmental concerns. Acting director of the enterprise Igor Yanko told EastRussia about the upcoming innovations at the mine and in general about the work of the plant in Kamchatka.

- Igor Viktorovich, what have you already named the new mine? What power is it designed for?

- A new mine is being created to mine the recently explored vein No. 25, which, in accordance with the geological prospecting documentation, is called "Boomerang": the top view of the ore body in sectional shape in part resembles this simple hunting weapon - the boomerang - with the help of which ancient people in many parts of the world of our planet they earned food for themselves, fed their children, their relatives, loved ones and their tribes. The new mine on the Boomerang vein is designed for a design capacity of up to 200 thousand tons of ore per year. Production will grow from year to year, ranging from 40 thousand tonnes of ore in 2020 to 200 thousand tonnes of ore in 2023-24 and beyond.

Vein 25 reserves were approved in 2017. Today, we continue exploration work there and expect that the balance reserves of the mineral resource will be significantly increased in 2021.

- Please tell us more about the new technology that is being introduced at the mine?

- We are introducing a system for the development of an ore body by layer excavation with backfilling of the worked out space, which is the safest, most productive and environmentally friendly method of underground mining. This method is fully consistent with modern international practice. It provides for the use of waste rocks obtained in the process of carrying out underground mine workings as filling material to fill the worked-out space formed at the place of excavation of the ore vein. This minimizes the impact on the environment by reducing the associated mining of waste rock together with the extraction of ore, reduces the loss of minerals in the depths, the cost of fuel for the removal of waste rock to the earth's surface, respectively, the atmosphere pollution by exhaust gases. But the main factor that tilted the choice of mining technology in favor of the layered system is that the used backfill material - waste rocks - is an alternative replacement for the mineral removed from the bowels, which contributes to maintaining a balance in the bowels of our field and on the earth's surface, eliminating negative impact mining operations on natural objects located within the boundaries of the license area. The method is also more productive, thanks to the use of specialized drilling rigs and mobile equipment instead of hand-held drilling tools. Reducing manual labor also increases safety during work.

- What technology is used to develop the reserves of the existing Asachinsky mine?

- The company develops the reserves of the Asachinsky mine - veins Nos. 1, 2, 3 and 4 - by the underground method. Here we use the traditional mining method - with the ore magazineing system in blocks of 50 by 50 meters, divided into so-called "stores". Mining operations are carried out manually using portable rock drilling rigs.

I would especially like to note that it is the underground method of developing deposits of any minerals, being the most expensive in comparison with the more common open-cut mining method in the mining industry, which is characterized by a much lower impact on the environment. The "subway" has an absolutely point effect on the earth's surface, lower specific indicators for waste disposal and land disturbance.

- When do you plan to complete the operation of the Asachinsky mine?

- TSG has been operating the Asachinsky mine since 2011. During this time, the company has extracted about 10 tons of gold and almost 20 tons of silver. The reserves of the Asachinskaya vein are nearing completion and will last for another two years. After that, the territory of production sites and industrial facilities will be reclaimed. The land reclamation procedure was laid down in the project for the construction of the facility. We are obliged, in accordance with the design documentation that has passed the state environmental expertise, to completely eliminate traces of economic activity and restore the natural landscape.

- Auxiliary infrastructure - the tailing dump of the gold recovery plant, the settling pond will also be liquidated?

- No, they will continue to serve for the development of a new mine on vein No. 25. The tailings dump is not just a warehouse for waste slurry - tailings, but a complex hydraulic structure, the bottom of which is lined with a special geomembrane - a heavy-duty expensive film that excludes liquid residues used in the process of crushing and crushing of rock mass from entering the river and groundwater. At the same time, slurry, rendered harmless to environmental standards, flows into the tailing dump, and chemical solutions return to the technological process in a closed cycle.

Now the first map of the tailings storage is completely filled with dry tailings, which we plan to recycle. Thus, we will significantly reduce the volume of previously received waste, reduce the area occupied by the maps of tailings. It is also a world-class advanced technology, and our company is ready to invest in improving ore processing technology.

The second map is only partially occupied by production tailings. Process water is pumped from it for recycling water supply to the factory.

At present, the production and technological services of the gold recovery plant, together with the design institute JSC "Irgiredmet" (Irkutsk), have performed pre-design studies and technical and economic calculations for the development of a new tailing management technology at our enterprise - storage of tailings in the form of filtration cake. The pulp, which has passed the decontamination process, will enter the press filter to extract liquid for the technological needs of the factory, the dry residue - cake - will be transported to warehouses, as well as to the excavation space of underground mine workings. That is, the dry rock will return to the places from which it was mined and taken out several weeks earlier. Here is such a waste-free production!

A settling pond that collects groundwater from the mine will also be used for the new mine. In addition to the existing settling pond, we are ready for the construction of new facilities for the treatment of mine water in 2020-2021. Design solutions for these objects this summer have already received a positive conclusion of non-state expertise. New treatment facilities for industrial effluents are designed to increase the throughput of the water treatment facility and improve the degree of mine water treatment, the volumes of which will increase during the development of the new mine, but later, in the process of developing reserves and decommissioning the Asachinsky mine, they will stabilize at the design level. By the way, the MPC in water samples taken at the horizons of the Asachinsky mine is several times less than the allowable ones according to the standards of the Amur BWU. Confirmation of this fact, established on the basis of laboratory analysis data, are ducks, which have chosen the settling pond and the filtration channels leading to it for their habitation.

- How much does TSG invest in environmental programs?

- Over the past 3 years, the company has allocated over 170 million rubles to environmental projects. In addition to the above projects in terms of improving the environmental situation at the Asachinskoye field by forces and at the expense of the mine, a solid waste storage landfill was built in 2019, again in accordance with the project documentation developed earlier and received a positive conclusion of the federal level expertise. Currently, the landfill is undergoing the process of coordinating its activities with state regulatory authorities.

TSG shares are traded on the AIM London Stock Exchange. Today, increased attention to the environmental performance of projects is becoming characteristic of investment banks and other investors. When placing securities on stock exchanges, corporate environmental practices affect their value. It is worth considering that the environmental and sanitary standards and norms of the EU are considered the most stringent and most perfect in the world. That is why TSG in its attitude to the environment follows not only Russian, but also the strictest international standards.

Reference: located 160 km from Petropavlovsk-Kamchatsky, almost 40 km from the Pacific Ocean, in the central part of the Asachinsky volcano-tectonic structure, the Asachinsky GOK is one of the main and most modern in Kamchatka. Trans Siberian Gold has invested over $ 200 million in this creation and development. Total deductions to the Russian budget and off-budget funds amounted to 3,7 billion rubles, of which 1,9 billion to the regional budget of the Kamchatka Territory. By the end of 2019, the company extracted 1,4 tons of gold from the Asachinskoye deposit.