The completion of Hyatt in Vladivostok is delayed indefinitely

The project was drawn up in 2009 prices and took into account a possible rise in price at the same rates. For example, in 2011 the dollar rose by only 80 kopecks: from 31 rubles in January to 40 rubles in December. Construction began in August 32.20 and was due to be completed by September 2009. In 2012, the cost of finishing, furniture and equipment more than doubled. 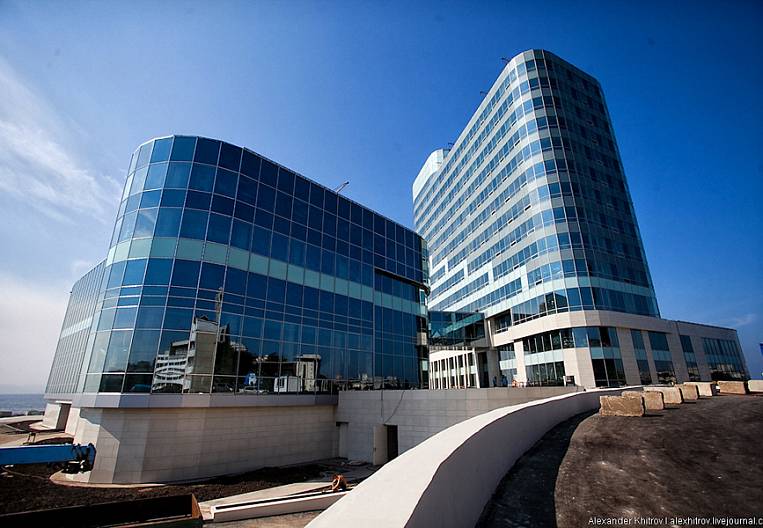 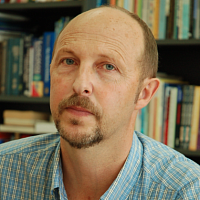 Why did we put up with Korean poachers Who will lead Vladivostok Features of the marginal advance
All author's materials
The general contractors were two companies: LLC SK Primorye - Dalniy Vostok (hotel on Korabelnaya embankment) and CJSC Technostroy - M (Cape Burny). As always during the construction of such important and urgent projects, public funds come with a delay, and firms are forced to attract their own, while contractors have promises from the authorities that all issues will be resolved.

But in February 2012, the former governor of the Primorsky Territory, Sergei Darkin, was replaced by Vladimir Miklushevsky. The new acting governor could not guarantee anything, moreover, he suspected that the money was being stolen. The pace of work at the facilities has been reduced.

By September, their readiness was estimated at 90 percent. It seemed that a little more and the hotels will be launched. Therefore, Hyatt even recruited and trained future staff.

But in the region, after the resignation of Darkin, there was an "anti-corruption campaign" and the general contractors were removed "due to non-fulfillment of contractual obligations." It is difficult to argue with such a wording, because the terms were disrupted. Moreover, contractors were accused of spending too much money on hiring foreign workers and specialists.

Unfinished hotels decided to "improve", i.e. Fit to the specific requirements of Hyatt.
Funds were allocated for the completion, but the contractors who entered the facility were faced with the fact that they would not receive and earn nothing with this “five-star quality” money, and quickly left.

As a result, the buildings began to deteriorate and deteriorate even what had been done well and accepted "according to the act." I had to change individual elements of the facade, reapply roofing materials, pull water pipes. For example, it was assumed that the rooms will have TVs, then computer monoblocks, Apple tablets. What was purchased by 2012, three years later looked like an anachronism, unworthy of a decent hotel.

Realizing that they would not be able to complete the construction themselves, the authorities began to look for foreign companies that would themselves invest in hotels. First of all, they relied on the Chinese and Koreans. But at the same time, they wanted foreign partners to buy out the properties at prices that would at least compensate for the costs.

And it just became known that neither the Korean Lotte Group nor Chinese companies, such as Cofco Corporation Ltd, agreed to such conditions.

Commenting on the current situation to the EastRussia correspondent, A. Kazakov, Director of the Information Policy Department of the Primorsky Territory, said that “according to OJSC Our House Primorye, today general construction and finishing work in the hotel complex under construction on Korabelnaya Naberezhnaya is being carried out in an enhanced mode. The readiness of the facility is more than 80 percent, the contractor plans to complete them on time ”.

“Also, the preparation of documentation for holding open tenders for the sale of the hotel complex on Cape Burny is currently underway. A mandatory requirement that the Administration of the Primorsky Territory intends to follow is the proceeds from the sale of 100 percent of budget investments, that is, funds invested in the construction of a hotel from the budget of the Primorsky Territory. Thus, according to the results of the sale, at least 7 billion rubles will be returned to the regional budget. The hotel on Korabelnaya Naberezhnaya will be sold after completion of construction, as a ready-made business object, in connection with which it is planned to receive more funds from the sale.

Our Home - Primorye OJSC ordered international experts, SOYER & Co CJSC, operating under the JVA Sawyer brand, to estimate the market value of both hotels. According to the agreement, the results will be provided by May 1, 2016. A number of companies have already shown interest in the purchase, the final decision will be made after the announcement of the auction on the basis of an expert assessment, ”said the director of the regional information policy department.

Why are the objects so expensive? The fact is that it was decided to build hotels in the best locations in the center of Vladivostok. On the shore, so that in front of the facade there was nothing, the coma of the sea. Therefore, in one case, it was necessary to fill up an entire cape, and in the second to drive the piles so deep as to lean on the solid ground of the bottom of the Golden Horn Bay.

It is expensive and unprofitable for foreigners to finish building hotels in Vladivostok. Therefore, if a miracle does not happen, the participants of the second Eastern Economic Forum in Vladivostok ( September 2016) will again complain about the lack of decent hotel accommodations.

On Friday, February 26, on the special attention of the regional supervisory and law enforcement agencies to the situation with the protracted construction of two hotels in Vladivostok Said the prosecutor of Primorsky Krai Sergey Besschasny.

He said that now the main issue is in the plane of the audit of the financial and economic activities of Nash Dom - Primorye JSC and the assessment of the efficiency of using the funds of SK Primorye - Far East (one of the former construction contractors, has already been declared bankrupt), which performed construction work hotels.

The prosecutor of the Primorsky Territory Sergey Besschasny also told reporters that in December last year, based on the materials of the already conducted checks at both construction sites, the Investigative Directorate of the Investigative Committee of the Russian Federation in the Primorsky Territory opened a criminal case under Art. 293 "negligence".
Previously, the initiation of this case was not reported.

The design of the facilities was carried out by the international architectural company RMJM, on whose website you can see how these long-suffering hotels should look like.
Tags: Primorye Vladivostok Hyatt Vladivostok SC Primorye - Far East Technostroy – M Lotte Group Cofco Prosecutor of Primorsky Krai Sergei Besschasny 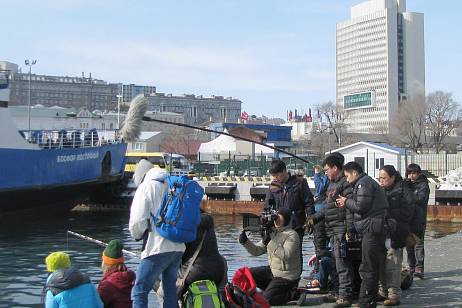 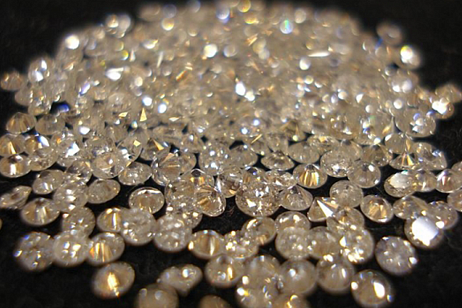 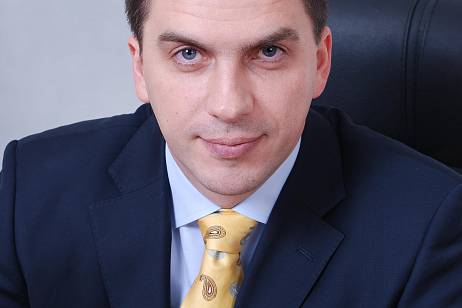