The road arteries of the cosmodrome Vostochny 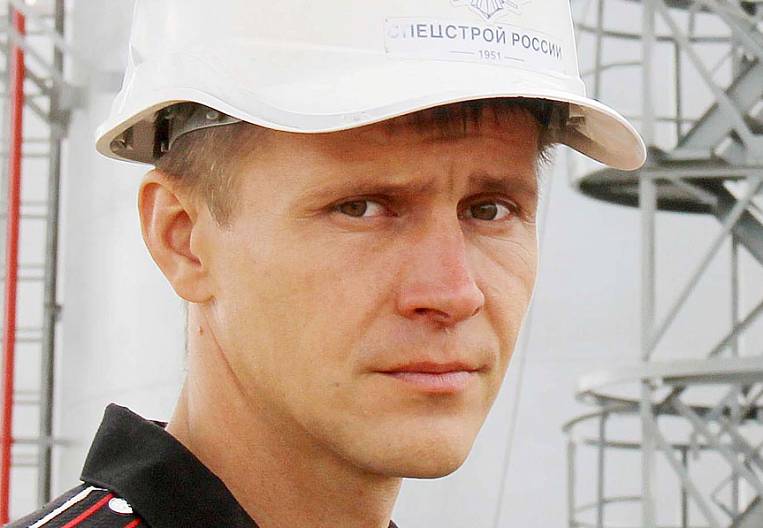 The vast territory of the cosmodrome Vostochny is permeated with kilometers of roads and railways. Transport arteries connect dozens of technical sites, and this is more than 500 buildings and structures. In order to have a developed road infrastructure in place of wasteland, in 2013 specialized branches of Dalspetsstroi were located in the Amur Region. The most experienced builders-road workers undertook the task.

Acting head of the branch of the Special Road Construction No. 732 of Dalspetsstroy Denis Goriy arrived at the Vostochny cosmodrome three years ago. The number and importance of the objects on which our hero worked before is impressive: the Amur federal highway connecting Chita-Khabarovsk, the Khabarovsk-Lidoga-Vanino highway, the Kirinskoye gas condensate field on the shelf about. Sakhalin. Denis Yuryevich did a lot for the development of the city of Khabarovsk. As an engineer at branch No. 732, he worked on the reconstruction of the regional hockey center "Amur", the construction of an ice hockey palace "Arena" Erofei "and a residential neighborhood" Stroitel ".

Gori gained valuable experience while working in the difficult geological conditions of Sikhote-Alin. Then, during the construction of the Transsib section of the Euro-Asian transport corridor, new technologies and materials were used for the first time, which are now actively used in road construction - corrugated pipes reinforced with gobionic structures, metal and reinforced concrete arched bridges.

“All objects are interesting in their own way,” says Denis Goriy, “with each of them a certain stage of life is associated”.

Denis Gori stood at the forefront during the liquidation of the consequences of the 2013 flood in the Khabarovsk Territory. At that time, both machines and people worked on wear and tear. From the objects were removed all the trucks to deliver sand and gravel in time to fill the dams. Experienced engineers were consulted when the authorities sought a way to deal with the elements in problem areas. Gori introduced constructive proposals that helped to eliminate the leak within the well of the city's sewage system, through which water from the river came in.

The character of special purpose Far Eastern builders was clearly manifested in extreme conditions. Construction of facilities in remote regions, with undeveloped infrastructure, can also be called extreme. If we take into account the tight deadlines and the three-shift schedule, then it becomes immediately clear that there is a place for heroism at the construction site.

Only purposeful, strong-willed people can endure harsh conditions. “One of the main advantages of Denis Goria is that he always clearly sees the goal. Able to determine the main direction and not waste energy in vain. He also has a phenomenal memory. He holds a huge amount of information in his head. Even the little things that other people write down and still forget, he remembers, and most importantly at the right time, skillfully uses this knowledge. There were cases when he, seeing that other people could not cope, took responsibility for himself and pulled out the project, ”said Andrei Tarasov, head of the construction and assembly section No. 3 of the SDS-723 branch.

Today, facilities at the Vostochny cosmodrome are in the active phase of construction, which did not participate in the first launch of the launch vehicle. The Goria branch is completing the construction of the Promyshlennaya-1 and Promyshlennaya-2 highways, as well as the road connecting the city of Tsiolkovsky with the transport infrastructure of the cosmodrome, performs work at the key facilities of the cosmodrome - water intake facilities, a rocket fuel complex, and installs fences throughout the site. Last year, the specialists of the branch worked on the territory of the assembly and testing buildings, the boiler house, and the water intake station.

Student construction teams have become a great help in the work of the cosmodrome builders. Since 2014, young employees have been employed at the branch during the summer and autumn holidays. “As a rule, active students come to Vostochny, who know how to work for the result,” says Denis Goriy. “Three years ago, our guys - the Echelon unit from Novosibirsk - showed the highest production results. For students, the banner of the best squad of the All-Russian student construction project was the best reward. "

In 2015, the most large-scale student construction took place at the cosmodrome. The team of road workers joined the students from the Altai Territory and the Republic of Tatarstan. They installed the side stone and paving slabs, made the device of the coating of asphalt concrete mixture on the territory of the booster test case. This year the branch received three detachments from the Altai Territory, Kemerovo and Irkutsk. At the end of the working day, all the guys get together, together with the site managers sum up the results for the day. Such attention from the head helps to optimize the workflow, to interest young employees.

Denis Gori (in 2014 year as chief engineer) received the Spetsstroi medal of Russia, as the tutor of the best detachment. This is not the only award of an outstanding builder, who does not like to talk much about his merits. Denis Gori is grateful to the President of the Russian Federation "For Selfless Work in the Complex Conditions of Emergencies in Khabarovsk", the EMERCOM medal "For the Commonwealth for Salvation", the Medal of the Russian Defense Ministry "To the Participant of the Struggle with the Elements on the Amur", the letters of the Governor of the Khabarovsk Territory and the departmental awards of the Spetsstroy Russia. 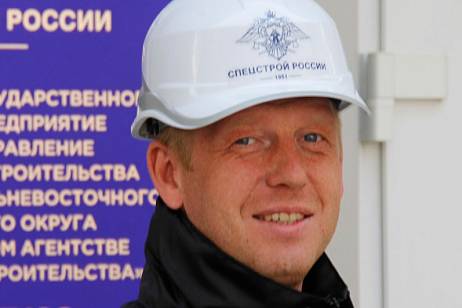 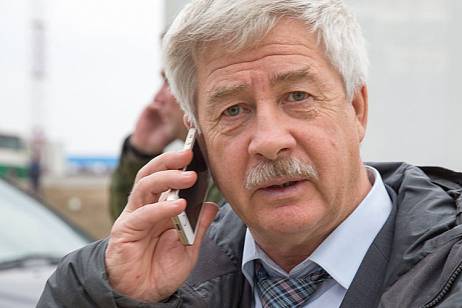 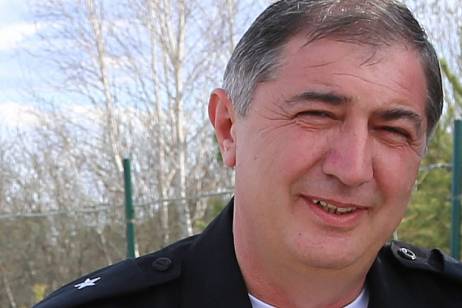