Debt is under control 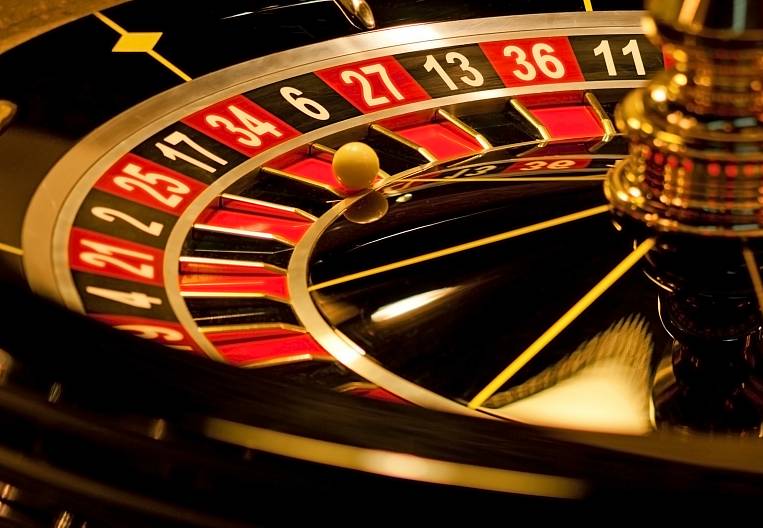 On the fight against corruption, the human factor and the role of the prosecutor's office in the life of society - Acting Head of the Office of the Prosecutor General of the Russian Federation in the Far East Federal District Svetlana Belova.

- Svetlana Valerievna, recently the Minister for Civil Defense, Emergencies and Elimination of Consequences of Natural Disasters of the Russian Federation Vladimir Puchkov paid a working visit to Khabarovsk, where the forest fire situation was discussed at the meeting. Since April, active work has been carried out on the territory of the Khabarovsk Territory to extinguish wildfires, the main causes of which are the human factor and agricultural burns - this is 64% of all fires ...

- Indeed, often the cause of fires is the human factor. Citizens irresponsibly approach to fire safety measures. During the prosecutor's checks it was established that some regional executive bodies did not staff and did not properly equip subordinate institutions. Even in air separation and fire stations there was not enough fire fighting and communication equipment. For example, in the Primorsky Territory, six fire-chemical stations included in the Primorsky base for aviation, ground protection and forest protection were staffed only by 18% at the beginning of the fire-dangerous period. In addition, it was required that they be completed with fire-fighting equipment.

In the Amur Region, Khabarovsk, Primorye, the leshozes were not timely and fully equipped with fire fighting equipment. And the equipment they had needed to be repaired. In the Magadan Region, Khabarovsk Territory, the authorized bodies did not comply with the procedure for developing and approving plans for extinguishing forest fires, and there were complaints about the quality of their preparation. On all facts, of course, measures of the prosecutor's reaction have been taken.

Inaction in the implementation of fire safety measures is also allowed by local government. In the Republic of Sakha (Yakutia), the Khabarovsk and Primorye Territories, the Amur Region, the Chukotka Autonomous Okrug, municipal targeted programs for ensuring fire safety were not taken on time, and settlements were not provided in a timely manner with primary fire safety measures.

In Primorsky Krai, in order to fully implement the powers of local government entrusted to them by prosecutors to the heads of municipal entities, 64 act of prosecutorial response was introduced, in the Amur region - 96.

Also, economic entities often do not fulfill the obligations established by law to ensure fire safety in forests. In the Republic of Sakha (Yakutia), Kamchatka, Primorsky and Khabarovsk, Amur and Sakhalin regions in the activities of forest users there is a lack of necessary fire fighting equipment, failure to clean up logging sites, non-development of forest development projects.

- The meeting also discussed the preliminary results of floodwater transmission. Although serious emergencies caused by a flood of rivers are not expected, it is necessary to be in full readiness - the consequences of last year's flood are being eliminated so far. What violations of the law do you currently identify?

- Until now, in the area of ​​elimination of the consequences of large-scale flooding, we continue to constantly study the situation, eliminate violations of the law with measures of prosecutorial response.

I will give just a few examples. Thus, in the Amur Region, the district administration illegally included citizens in the lists for receiving a social payment for capital repairs of residential premises that do not have documents confirming the ownership of residential premises. The head of the administration introduced the idea of ​​eliminating violations of the law, which was considered and satisfied, violations were eliminated, the guilty person was brought to disciplinary responsibility.

- In fact, the unauthorized occupation of land, and the illegal inclusion of citizens in the lists of social benefits - examples of corruption in the construction sector. What measures do prosecutors in the Far East take to combat corruption in the housing and utilities sector?

“In total, this year, prosecutors revealed more than 9,4 thousand violations in the housing and utilities sector, made 2 thousand representations, brought 227 protests, threw 2,3 thousand statements to the courts, announced 388 warnings, over 1,5 thousand guilty persons were brought to disciplinary and administrative responsibility.

In the Khabarovsk and Kamchatka Territories, the Amur and Sakhalin Regions, the heads of municipal unitary enterprises did not comply with the prohibitions and restrictions established by anti-corruption legislation. So, in the Sakhalin region, the director of the municipal unitary enterprise "Teplo" simultaneously filled the positions of the general directors of LLC "Housing and Public Utilities Chaplanovo" and LLC "Housing and Communal Services Kostromskoye", in connection with which the Kholmsky city prosecutor submitted a submission to the mayor of the city district, following the results of which violations of the law were eliminated, the official was brought to disciplinary responsibility.

In the Khabarovsk Territory, the head of the rural settlement “Settlement of Srednekhorsky” in the Lazo District appointed director of the municipal unitary enterprise “Srednekorskaya Energy Company” his spouse, registered as an individual entrepreneur. After taking the prosecutor’s response, the spouse of the head of the settlement was dismissed.

In the Republic of Sakha (Yakutia) and the Amur Region, facts of non-compliance with the procedure for disposing of the property of a unitary enterprise have been revealed. By the decree of the administration of the Oktyabrsky Village Council of the Zeisky District of the Amur Region, the water well was transferred to the free use of an individual entrepreneur without the consent of the Amur FAS Russia, which allowed the business entity to receive unreasonable advantages over other participants of the utilities market for water supply. And the list goes on ...

- Recently, the issue of non-payment of wages is very relevant in the DFO regions. On the facts of non-payment filed 16 criminal cases. Prosecutors somehow interfere in this process?

- Yes, certainly. Half of these criminal cases are initiated on the basis of the materials of the prosecutor's checks. In the Far East, as a result of the prosecutor's intervention, it was possible to liquidate the arrears in payment of wages in the amount of 459 million rubles.

In the interests of employees in the courts sent over 13,6 thousand applications for recovery of salary arrears for a total of more than 317 million rubles. More than 1,1 thousand submissions were made, according to the results of consideration of which 504 persons were brought to disciplinary responsibility. At the initiative of prosecutors, 555 persons were brought to administrative responsibility, 26 of them were disqualified.

In Primorsky Krai, the Dalnerechenskaya interdistrict prosecutor's office established facts of non-payment of wages to employees of Dalnerechenskavtotrans LLC and Iman-auto LLC for March 2014. Earlier, for similar offenses, the leaders of these enterprises were subjected to administrative punishment in part 1 art. 5.27 COAP RF (violation of labor legislation) in the form of a fine. At the request of the prosecutor by the world court, the guilty officials were subjected to administrative punishment in the form of disqualification for a period of 1 year each. After the intervention of the prosecutor's office, the arrears in payment of wages to employees of motor transport enterprises were repaid in full.

In the Jewish Autonomous Region, the measures taken by the prosecutor’s response have eliminated wage arrears to employees of two enterprises for a total of 4 million rubles.

- In the Far East, work is continuing to curb the illegal activities of illegal gambling establishments. What are the prosecutor's office taking measures in this area?

- Since the beginning of the 2014 year, prosecutors together with law enforcement agencies have identified 121 gambling institution, seized over 1,4 thousand slot machines. Since the introduction of the ban on gambling (01.07.2009) on the initiative of prosecutors, over 690 persons have been brought to administrative responsibility for the amount of more than 73 million rubles, 58 criminal cases on crimes related to illegal gambling have been instituted.

In the Primorsky Krai, two residents of Vladivostok were convicted. The defendants spent almost two years illegally conducting gambling games "Black Jack", "Poker", "Roulette" in a non-residential premises. In the "casino" were the croupier, and the waiters, and other attendants. Of course, the institution was carefully guarded and was conspired. During this time, young people earned almost 3,5 million rubles.

Summarizing the above, I want to note that the task of the prosecutor’s office is currently extremely specific: to ensure the unconditional implementation of laws and protect the rights of citizens using the full range of prosecutor’s response measures.
Tags: The Prosecutor's Office of the Far Eastern Federal District Khabarovsk Fires flood waters corruption Violations Nonpayment of wages Illegal gambling establishments