Until the fall, do not expand 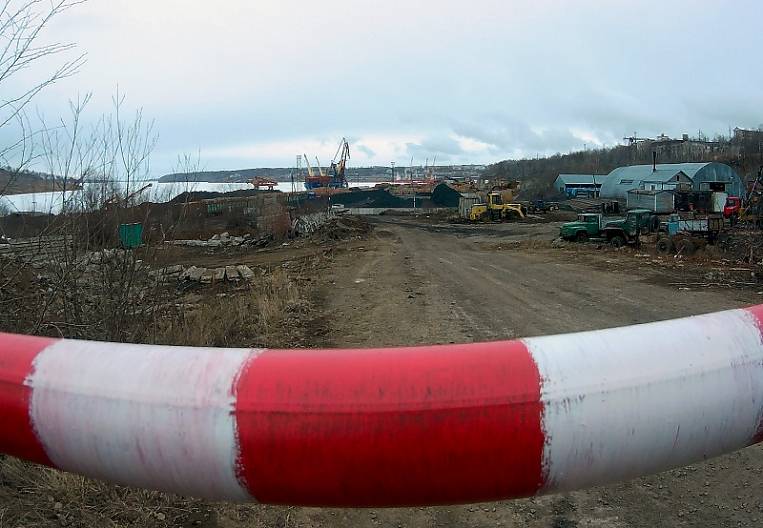 Photo: Dmitry Shcherbakov
The draft law on extending the regime of the Free Port of Vladivostok to the territory of several more municipalities of the DFO subjects 16 in May was submitted to the Russian government, but has not yet been approved by the Ministry of Finance. This was announced today at a meeting of the commission at the supervisory board of the SST in Khabarovsk, Deputy Director of the Ministry of Eastern and Eastern Development Boris Frantsuzov. “It has been developed by us since October, including in cooperation with the Khabarovsk Territory. It was agreed with Yury Trutnev, and in the form in which it is now sent to the government, it was ready in December, ”the official said.

However, the bill, he admitted, had to be coordinated for several months in key ministries. "Unfortunately, I had to spend several iterations before I put it into the government. The first was with the Ministry of Transport and the Ministry of Economy. The last department gave comments, we held a conciliatory meeting, and after our revision, the observations were largely dropped. This took us about one and a half to two months. The Finance Ministry did not give us a position for three months. We contributed to the Ministry of Justice without the position of the Ministry of Finance, but the Justice Ministry said that this is a violation of the government's regulations, and did not give a conclusion. In principle, this was spent precious time, which was the spring session in the State Duma. Nevertheless, the Ministry of Finance gave us the position. We gave her arguments on her and the letter with them went to the government with a request to hold a conciliation meeting at the government's site, "said Boris Frantsuzov.

According to him, “if you look at the situation soberly,” the bill can become law at the beginning of the autumn session of the State Duma. As the representative of the Ministry of Economic Development specified, the financial institution demanded that passports for investment and infrastructure projects be submitted to the bill. However, the Ministry of Development and Development considers that this is an unnecessary requirement that is not spelled out in the regulations. “Moreover, the explanatory note to the draft law says that the federal budget does not provide funds for infrastructure. We do not understand this position absolutely. Accordingly, it seems to us that the counterarguments here are quite reasonable. Next is the decision of the government, ”said Boris Frantsuzov.

From 2015 of the year, we recall, the SST regime operates on the territory of municipalities of the south of Primorsky Krai, from 2016 onwards - also on the territory of four districts of other subjects (Khabarovsk Krai, Sakhalin, Kamchatka and Chukotka). In February, at a press conference, Minister for the Development of the Far East, Alexander Galushka, promised that the regime would also be extended to the Soviet-Havana district of the Khabarovsk Territory. The current version of the draft law also provides for the establishment of privileges for the Yelizovsky District of the Kamchatka Territory, the Uglegorsk urban district of the Sakhalin Oblast and the urban district of Khabarovsk.

Khabarovsk and Yelizovo were chosen for the spread of the SST regime to them because of the location of airports in them: in the first case, international, and in the second - regional. The Soviet Harbor from Vanino separates only 40 km, and many investment projects in this area remained unrealized due to a failure with other preferential treatment - port special economic zone. Port SEZ in Sovgavan was formally established in 2009 year, but it did not work. Last week Khabarovsk governor Vyacheslav Shport stressed at the collegium of Minsk Vostochny that the region supports the expansion of the regime of the free port of Vladivostok to the territory of Sovgavan, as the PSEZ is closed, and "the interests of investors to this territory are huge."
Tags: free port Vanino Sovetskaya Gavan Khabarovsk