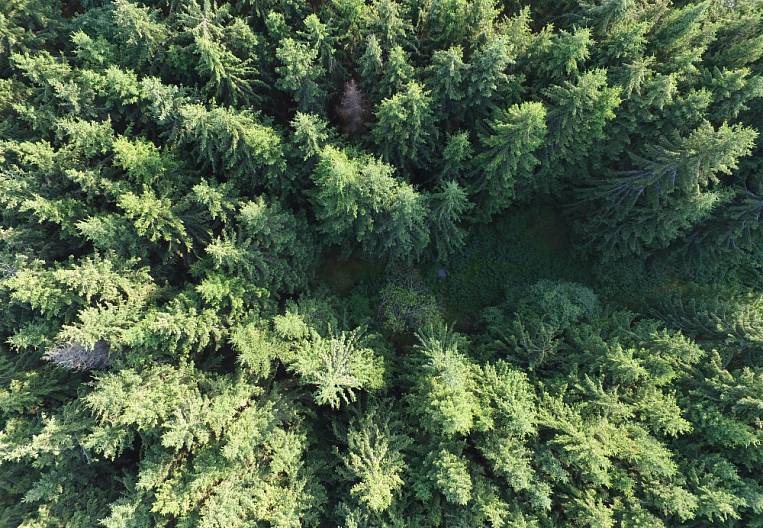 Photo: Shutterstock.com
The presence of valuable wood and relatively well-developed logistics allow the Trans-Baikal Territory to expand production with subsequent deliveries both to the domestic market and exports. But, as in other regions of the Far Eastern Federal District, adequate controls should be developed here for the development of forest areas, as well as support measures, especially for small enterprises.


ROUND ROUND DROP DOWN
In the current year, Zabaykalsky Krai reduced the production of roundwood due to the increase in customs duties on its exports from 25 to 40%. The fact that the statistics for wood export has decreased is already clearly indicated by the railway statistics. In June, 607,5 thousand tons of timber cargo were transported via the border crossing Zabaikalsk - Manchuria (China) by rail. Although forest products continue to occupy a significant part of the traffic (it accounts for more than a third of the cargo turnover at the international checkpoint), the decline to last year’s level for this nomenclature was almost 10%.

Barrier measures (in 2020, the duties reached 60%, and in 2021, 80%) are aimed at ensuring that the forest is processed as much as possible within the country. “We expect that the percentage of wood processing will increase, that it will be processed on the territory of the Russian Federation, the Far East, the Trans-Baikal Territory,” said Deputy Prime Minister - Representative in the Far Eastern Federal District Yury Trutnev. True, he admitted, a breakthrough in the timber industry has not yet taken place.

Perhaps this is a matter of time. If we consider the Trans-Baikal Territory, there are prerequisites for the development of the industry. First of all, a fairly high amount of calculated cutting area - 18,3 million cubic meters. m of wood. Secondly, the border position of the region allows expanding the sales markets for finished products in the APR countries, where today there is a need for materials such as veneer, glued laminated wood, pellets (biofuel).

“This factor stimulates our producers to modernize production and to switch to the export of finished products of medium and high processing. Also, the qualitative composition of wood can be attributed to the factor of investment attractiveness of the forest industry, namely, the growth of larch in the territory of the region, which is in great demand in Europe, and the price for finished products there is higher than in the Asia-Pacific countries, ”said the Director General of Corporation development of the Trans-Baikal Territory "Elena Reutskaya.

Today, projects to create a timber processing complex in the village of Bad Khiloksky District, initiated by OOO Tagvi, and pellet production with the participation of Innovation LLC, are supporting the corporation as a specialized organization for work with investors. “Enterprises are actively being supported in solving administrative, financial and production issues. In addition, we are working on projects in the field of deep processing of wood using modern technologies, such as biocellulose production, recycling of wood production waste by launching an integrated extrusion line to produce the WPC profile (wood-polymer composite - EastRussia) and others, ”continues Elena Reutskaya .


FROM SMALL TO LARGE
The processing complex in the village of Bada may be one of the largest in the industry in recent years, not only in Transbaikalia, but also in the Far Eastern Federal District. Contact with the leadership of the company "Tagvi" EastRussia correspondent failed. According to the investment passport of the Khiloksky district, the creation of the complex in Bade is estimated at 11,6 billion rubles. At the first stage in 2019-2020, it is planned to build a line for the production of 250 thousand cubic meters. m dry lumber and 100 thousand tons of pellets annually. In the second year, after 2023, it is planned to introduce additional capacities for the production of pellets (for 70 thousand tons), as well as to begin production of veneer and plywood (120 thousand cubic meters) and other deep processing products (80 thousand cubic meters) : laminated veneer lumber, three-layer parquet, products for wall wooden house-building, etc. 300 people will be able to work at the processing complex. The payback period of each production line is a little over five years.

Another serious industrial object promises to be the timber processing complex of the Singaporean Sudima and the Indian KGK, which provides for the production of sawn timber, parquet, furniture panels and pellets. For the implementation of the project, a joint company, KJJK Sudima Evergreen, was established. According to preliminary calculations, the amount of expenses in it may exceed $ 200 million, that is, more than 12,8 billion rubles.

The assistance of international cooperation is provided by the Agency of the Far East for attracting investments and supporting export (ANO IPA). “Initially, new production was planned to be created in Primorye, but due to the possible shortage of wood for such a large project, it is divided into two parts, and the second is being implemented in Transbaikalia. Investors have already held talks on this topic in the Trans-Baikal Territory, ”said Leonid Petukhov, CEO of ANO API.

Small and medium-sized businesses are also included in wood processing. True, this is not without difficulties. As measures to stimulate the development of deep processing, such issues as the reduction of railway tariffs and electricity tariffs need to be resolved, since the production of high-quality goods is energy-intensive, notes Elena Reutskaya. The personnel problem also needs to be solved: to prepare qualified specialists, it is necessary to create a faculty of technology and technology for the forest industry on the basis of universities in the Trans-Baikal Territory.

A pressing issue for processors is the availability of raw materials. “There is a demand for our products, there are customers, but we are constantly searching for forests,” said Tatyana Dutova, director of Danko Express LLC, EastRussia. - It is very difficult to resolve issues with assignment of cutting areas, rental relations. For example, since September of last year, we have documents for receiving a lease. ”

The company also initiated a project for processing waste from the production of timber by launching the production of wood-polymer composites. “We have been looking for a long time how to adapt the same sawdust. We stopped at the production of a composite of wood waste and household waste, the same plastic. There is a material that has the property of wood, but much more durable. From it the terrace board, a siding, various decorative protections, arbors, etc. turns out. But we do not pull this project: the equipment is expensive - within 25 million rubles. For us it is a lot of money. And again, there is no stability in terms of raw materials, ”Tatyana Dutova complains.

The problem is, she continues, that quite a few suppliers sell timber exclusively for cash. “We work only through a bank, although this does not suit all counterparties. In this case, the forest may be quite legal, but not all suppliers of wood, apparently, want to show their income. The Chinese buyers use this when buying for cash, ”says the head of Danko Express LLC.


THE DARKSTATES OF THE FOREST
Not everything is in order with observance of legislation in the field of logging, 16 was told in July in Chita at a meeting chaired by Yuri Trutnev. According to the Ministry of Natural Resources of the Trans-Baikal Territory, the damage from illegal logging in the region from 2016 to 2019 has more than doubled the year. Last year it amounted to 284 million rubles. The total amount of damage caused by 2016-2018 years exceeds 0,5 billion rubles. The volume of illegally harvested wood is also increasing: in 2016, it was 27,7 thousand cubic meters. m, and in 2018-m - already 52,6 thousand cubic meters. m. According to the Ministry of Internal Affairs of Russia in the Trans-Baikal Territory, in 2016 – 2018 there were recorded under 800-900 crimes under Art. 260 of the Criminal Code of the Russian Federation (Illegal felling of forest plantations). In only six months 2019, 428 crimes were registered, and the damage exceeded 57 million rubles.

Following the meeting, the General Prosecutor’s Office and the Ministry of Internal Affairs were instructed to conduct an audit in the sale of forest products in the DFO. Somewhat later, the prosecutor of the Trans-Baikal Territory, Vasily Voikin, introduced a bill to the regional parliament aimed at reducing the shadow turnover of wood and preventing forest fires. Most of the measures relate to the points of reception and processing of raw materials. For example, it is proposed to fence such sites with a capital fence with illumination of the adjacent territory, establish round-the-clock access control with entering data on vehicles and drivers in the control log, organize round-the-clock video surveillance, providing a panoramic view of the territory and high-quality fixation of vehicles. The regional prosecutor's office proposes to install similar equipment in the premises where the documentation is stored. The surveillance agency orders the video surveillance results to be stored for six months, and equipment malfunctions should be eliminated for three days, while ensuring the continuity of video recording.

Tatyana Dutova believes that this may lead to an excessive burden on the legal business. “Our organization is law-abiding, but we feel the pressure of regulatory bodies. Tellingly, this law will be passed and they will check us again, ”she emphasizes.

However, apparently, the authorities intend to achieve a targeted response to the facts of the shadow wood turnover. According to the head of the Trans-Baikal Territory, Alexander Osipov, it was decided to start a special research work in the region, which will be carried out up to the level of each rental section. “Logging in the region is a traditional and voluminous industry. Another question is that in this industry it is necessary to make transparent and advantageous conditions: so that everything is done according to the law, taxes are paid, official salaries are paid, and there is a legal turnover of wood. For those who work unfairly, it is necessary to create conditions for the inevitable emergence from the shadow, ”said Alexander Osipov.
Tags: Transbaikalia Chita forest investments Alexander Osipov export