For a strong support

The first specialized rheumatology center, which has no analogues in the region, was opened in the picturesque Patroclus Bay in Vladivostok two years ago. Before the opening of Professor Dubikov's Rheumatology Clinic (the official name of LLC “Artrology”, a resident of SPV), residents of the Primorsky Territory went to rheumatologists in polyclinics, hospitals, non-specialized medical institutions for treatment of the most complex system of the body - the musculoskeletal system - or sought salvation abroad. 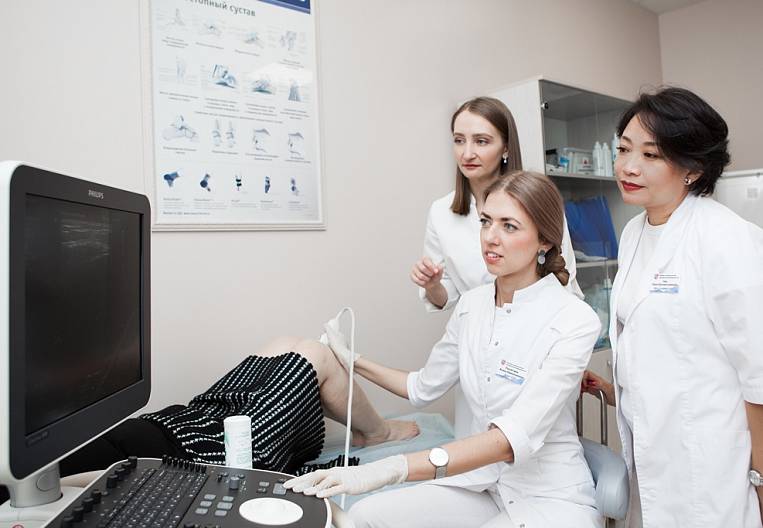 Professor Alexander Dubikov with a team of qualified doctors immediately took a high bar: to help patients according to advanced medical standards using innovative methods of diagnostics and treatment of joints, tendons, ligaments, including congenital, acquired, as well as sports pathologies and injuries.

“In the Primorsky Territory, the prevalence of rheumatic diseases is practically the same as the national average. But the peculiarity of Primorye is that our humid climate provokes complications in the treatment of diseases of the musculoskeletal system. Our patients note that in dry climates their painful symptoms subside or even temporarily disappear, but reappear upon return. Therefore, it is sometimes more difficult to treat patients from the seaside, ”explains Lyudmila Titkova, director of Artrology LLC. - According to their own research of rheumatologists of the center, in polyclinics, every third turns to the local therapist for pain in the musculoskeletal system, and the second position as a cause of temporary disability is also a position characteristic of such diseases. At the same time, according to statistics, there are only 147 rheumatologists per 1 million inhabitants in Russia. For comparison, there are 500 thousand specialists of this profile in Japan. "

Even at the construction stage, the clinic was equipped with medical and manipulation rooms, created a comfortable environment for patients, introduced electronic document management, put into operation modern ventilation and lighting systems, and organized a high level of security. The clinic was equipped with specialized, state-of-the-art equipment: an ultrasound machine with special sensors for examining joints and periarticular tissues, which is used when injections are given to control the injection site, the volume of the injected drug and its distribution in tissues. Ultrasound support in the manipulation and ultrasound diagnostics itself is carried out by a rheumatologist, who has a professional knowledge of the structure of the musculoskeletal system. The center also uses a high-class centrifuge and original tubes made in Switzerland for PRP therapy. 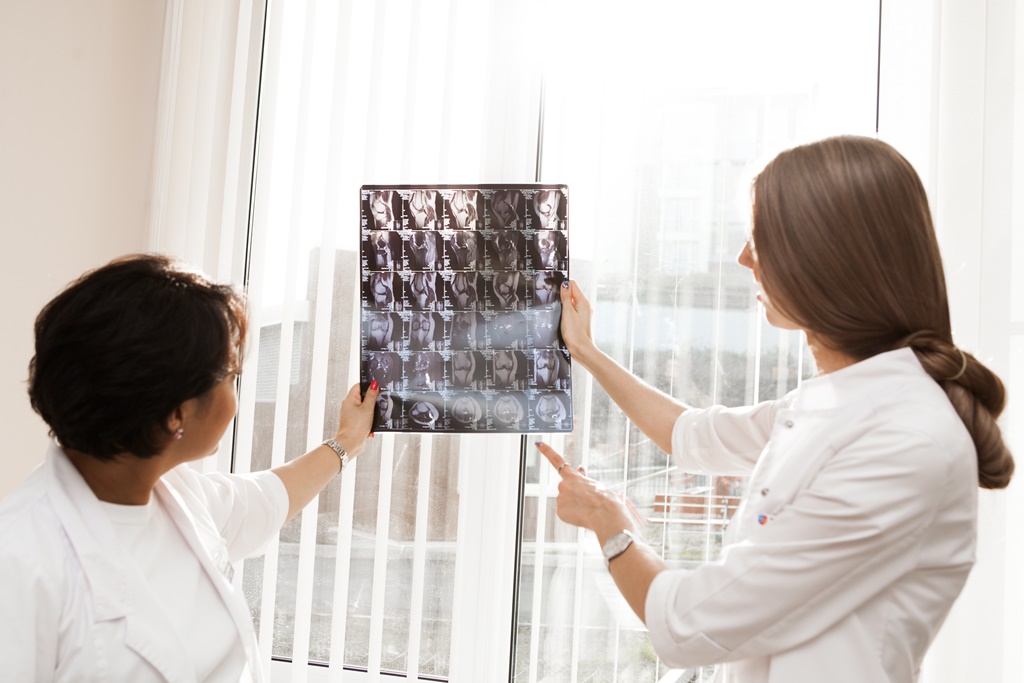 “Our new acquisition and special pride is an advanced Swiss-made extracorporeal shock wave therapy (ESWT) device with attachments that are most effective for treating rheumatological diseases, which has proven its effectiveness in world practice,” says Lyudmila Titkova.

According to the director of the clinic, ESWT significantly reduces or completely eliminates the pain syndrome of damaged periarticular tissues, helping them to recover, removes inflammation, and softens calcifications. Another novelty is a densitometer, which is useful both for early detection of osteoporosis and for assessing the effectiveness of treatment in an already identified disease.

“For all the time, the rheumatology clinic has invested more than 50 million rubles in the project,” continues Lyudmila Titkova. - The main preference for us, as residents of the Free Port of Vladivostok, is a 7,6% exemption on the payment of fees from employees' salaries instead of 30%. All our employees are officially employed; over two years of work, only personal income tax has been transferred to the budget for more than seven million rubles. The funds received through the benefit are regularly invested in development.

For two years, the clinic has provided professional assistance to more than four thousand people. Today "Artrology" is chosen by residents of the entire Far East. Some patients of the clinic, even after moving to other regions, continue to actively monitor the treatment process with their Primorsky doctor online. Patients from afar often come to the appointment with several family members at once, they are promptly received and prescribed a course of treatment.

A distinctive and important feature of effective treatment in a rheumatology clinic is the close interaction between doctor and patient. In Professor Dubikov's rheumatology clinic, it is based on trust and partnership, on a dialogue, the purpose of which is to convey information about the disease, methods of treatment, the prospects for the development of the disease and the timing of rehabilitation in an accessible form for the patient. Doctors individually adapt to the patient's usual lifestyle, organizing treatment so that he would be comfortable following all recommendations. The related specialties presented in the clinic are dictated by the logic of the very process of providing rheumatological care. In particular, a nephrologist is a close specialist, since in many rheumatic diseases the kidneys are involved in the process, and early diagnosis is indispensable. Works in the center and a chiropractor.

“It is believed that the problems of the musculoskeletal system are problems of the joints, but this is far from the case,” explains Professor Alexander Dubikov. - The cause of many pathological conditions is damage to the periarticular soft tissue apparatus, which much more often leads to temporary or permanent disability. Diagnosing these conditions is very difficult. In our clinic, we took as a basis the use of new methods of work, which are effective, have an extensive evidence base and allow to restore both the joint and periarticular soft tissues in a short time. We also introduce copyright technologies. The most effective of them are prolotherapy (a procedure designed to restore connective tissue in the human body, which has shown itself to be excellent in diseases of ligaments and tendons), as well as the PRP-therapy procedure (a unique technology that uses your own cells - platelets, which contain a huge amount of so-called growth factors) ".

The clinic's specialists regularly improve their professional level and exchange experience at international and Russian forums, symposia and conferences. Particularly difficult cases are dealt with at a medical consultation with the participation of the patient. Soon, people with severe illnesses will have the opportunity to participate in scientific research and receive medicines for free. 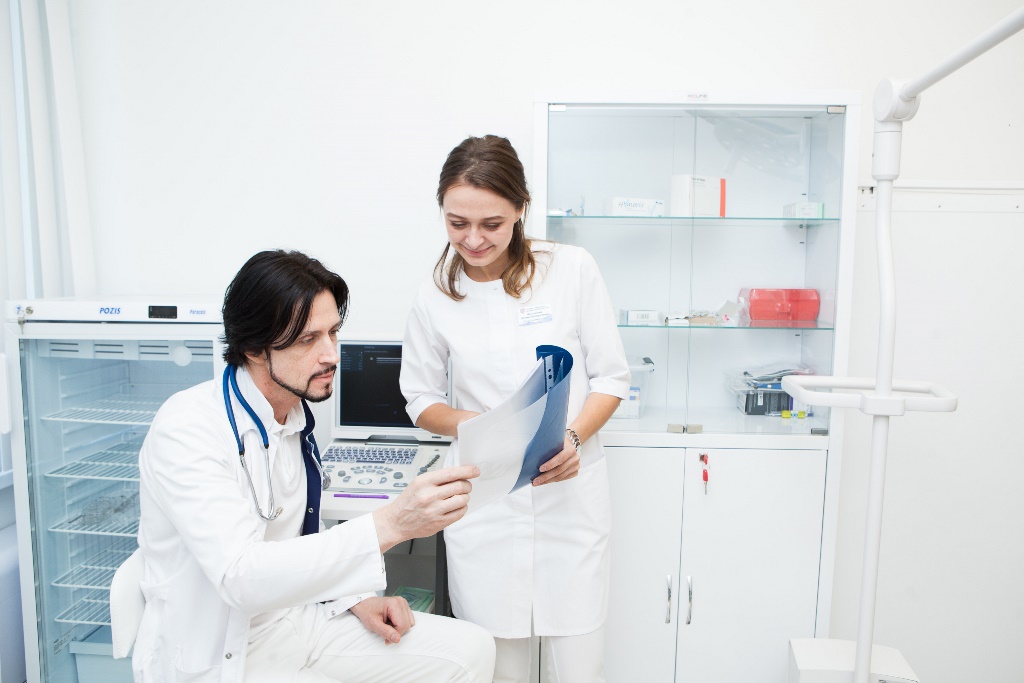 “In July 2020, our rheumatology clinic received accreditation from the Ministry of Health of the Russian Federation for the right to conduct the final stages of clinical trials of the efficacy and safety of the latest drugs. These drugs often do not yet have a trade name, they are coded in numbers as positions that are just being prepared for release. It is these two final phases of clinical trials that determine the life of the drug in the long term, so we are at the forefront of Russian science, ”says Lyudmila Titkova.

Since the fall of 2019, Professor Dubikov's rheumatology clinic has entered the compulsory medical insurance system for the provision of high-tech medical care. One of the newest medical services for the treatment of arthritis, psoriatic arthritis, systemic lupus erythematosus and ankylosing spondylitis - genetically engineered therapy - has become available to its clients. Patients undergo it free of charge and on an ongoing basis. 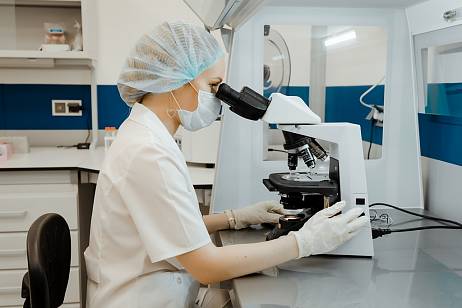 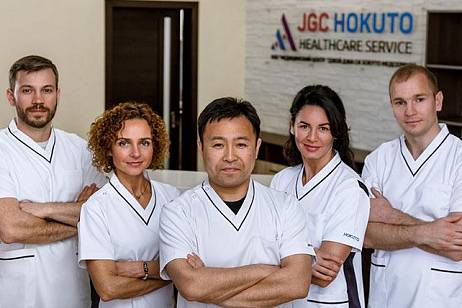