Children of the morning dew 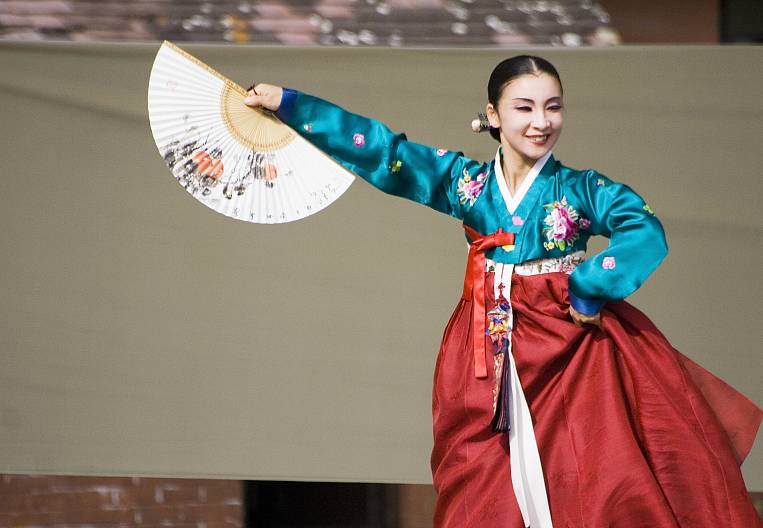 In Moscow, there were celebrations dedicated to the 150 anniversary of the resettlement of Koreans to Russia.

Drum rhythms, fans open to the beat of the music, soulful romances, folk traditions and modern show technologies have revealed the great potential of two distinctive cultures: Russian and Korean. This is how the best Korean bands from Russia, Uzbekistan, the Republic of Korea, Kazakhstan and the DPRK, figures of modern Russian culture presented on the stage of the Moscow State Musical Theater of Folklore "Russian Song" presented an amazing show, telling about the history of the Korean people on Russian soil over the past 150 years

"They do not cross the border from a good life and do not go for happiness to another country. And we are very grateful that in 1864, Russia accepted a starving people, which stood on the brink of extinction, took dignity and good. Koreans could repay gratitude to the country in which they live, work ", - said the director of the gala concert, Honored Artist of Russia Anita Tsoy.

The history of the Korean people in Russia began in the 60-th years of the XIX century. The Russian empire after the defeat of China in the Third Opium War forced the Chinese government to sign the "Beijing Treaty" in 1860. According to it, vast and sparsely populated areas on the right bank of the Amur passed to Russia. As a result, Russia had an 14-kilometer border with Korea, which suffered from Chinese dependence.

The first reports of the resettlement of Koreans in the South Ussuri region refer to the 1863 year. However, 1864 year is considered the official date, when in the Far East in 15 km from the Novgorod post was founded the first Korean village - Tizinhe, which later became known as the settlement Rezanovo. It was here secretly from the Korean authorities that 30 families fled.

From year to year the number of immigrants increased, reaching 900 Koreans in the winter of 1868-1869. A year later the border crossed over 4 500 people. By 1901 year in the territory of the region there were about 30 thousand Koreans.

After Korea was occupied by Japan in 1905 and after Korea was officially declared a Japanese colony in 1910, the flow of Koreans to the Far East increased dramatically. By 1917, more than 90 thousand Koreans lived in Russia, and in the Primorsky Territory they made up almost a third of the population and felt at home - they received education in their native language, published literature, and were engaged in politics.

During the Civil War, Koreans were on the side of the Bolsheviks. But when, in 1930, the border with Korea and China was closed, for some reason, Koreans were declared Japanese spies and sent to Central Asia.

Today, according to the chairman of the All-Russian Association of Koreans, Vasiliy Tso, there are 220-225 thousand Koreans in Russia. He shared that "it is difficult to preserve traditions."

“The basis of any culture is language. Unfortunately, we lost our language. We can talk about the preservation of culture only through the preservation of traditions, customs in everyday life and family, ”said V. Tso. “We feel first of all Russians. Our soul is Russian for a long time, we only have narrow eyes, ”he concluded.

The performances were accompanied by video installations, which also helped to tell about the amazing history of the Korean land. “We have the only folklore theater in the whole country. It is fundamentally important for me that any nationality can demonstrate its brightest traditions on our site, its history, because we are scattered in life, ”said Nadezhda Babkina, People's Artist of Russia, head of the Moscow State Musical Theater of Folklore“ Russian Song ”. - Koreans not only settled in the Far East, but also dissolved throughout the country. And how good is any culture ?! The fact that it has its own powerful "genetic memory", which are passed down from generation to generation. For me, as a person engaged in lifelong folklore, this is important. "