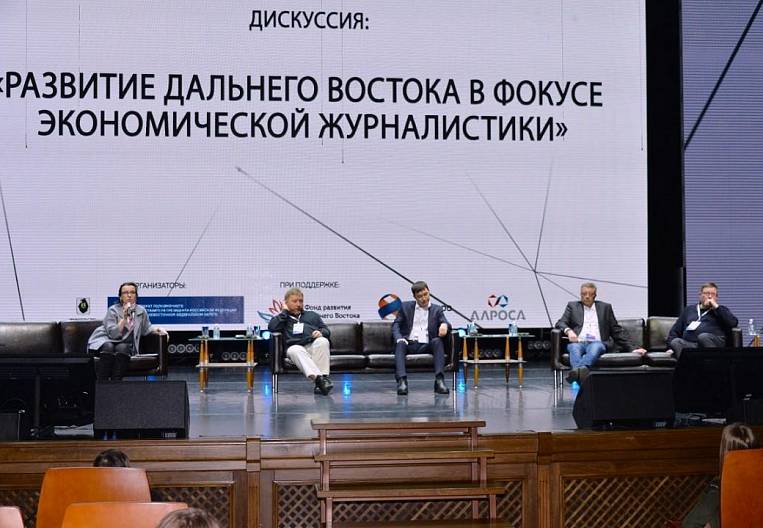 Photo: Valery Spidlen
The second day of the Far Eastern Media Forum, which brought together representatives of the media community of the macroregion, Moscow and St. Petersburg, began in Khabarovsk with a discussion on the development of the focus of economic journalism. Representatives of the profession gathered in the hall - journalists and PR-managers, as well as interested officials. Speakers of the event were the deputy chief editor for economics at Kommersant Publishing House Dmitry Butrin, the chief editor of the regional ribbons of RBC Fedor Gavrilov, the head of the service for covering the activities of the state authorities of the Interfax Group Vyacheslav Zenkovich. EastRussia on the site was represented by managing director Olga Merkulova as moderator and glavred Dmitry Shcherbakov as an expert.

The session began with practical advice from experts. Vyacheslav Zenkovich recalled that for any outside investor, a new region is terra incognita, and besides the support of the authorities, he also needs reliable information. "It is clear that everyone wants investments: each investor means additional jobs, the well-being of the population. It would seem, what is the connection between the arrival of an investor and the coverage of events in the region in the media? But it is. A potential investor is trying to find out everything that is possible in including through open sources - local media ", - he said. Mr. Zenkovich advised journalists to avoid publications about social projects of existing investors, the abundance of which creates the impression that "investors are being milked here, and all the money that is earned goes to charity." “There are many important projects in the regions, but they are often covered“ for the people ”and not for the businessman-reader. There are no“ talking heads ”- experts who would analyze the industry and the project, speak the language of business. There are many of them in large cities, but where they do not exist, they need to be formed and sought by the journalists themselves, "he added.

Dmitry Butrin recommended that when discussing macroeconomic topics, pay attention to details. "When local media publish notes that the population is leaving, and this has a negative effect on the economy, there is some truth in this, but does anybody know how many people come to the Far East? Most of them come for 25-35- year-olds in the calculation to work for several years, look around and maybe stay.They leave for the most part those who take the pension load off the region to spend "the best years of life" in the central part of the country - after 60-Siberia and the Far East have always been incredibly mobile Tew, God knows how people are wearing in the region ", - said Mr. Butrin. He urged local media to assess not only the balance of migration, but all migration and demographic data, including the age and professional composition of migrants. "What is happening now is not a bad situation: professionals continue to come to the Far East, and so it makes sense to treat any economic indicator with which you are dealing with. Behind each figure there are interesting economic processes that occur with specific people," - summed up Dmitry Butrin.

Fedor Gavrilov, who oversees RBC regional tapes, acknowledged that in the regions people still think of themselves as residents of a certain subject of the federation, while not being very interested in what is happening in other regions. "This also applies to building media work with experts, by the way, if there is no one to comment on the news in the region, journalists often do not call experts in Moscow," he said. The figure itself does not mean anything without comparison: from Europe, for example, annual migration is also measured in hundreds of thousands of people. A serious problem is the problem of generalizations, their absence. Usually the picture is divided into thousands of fragments, and it is very difficult to understand it. How is the economy in general, say, Khabarovsk Territory, - there are no such reviews, but they are needed, "Mr. Gavrilov stressed." In its time, when opening the agency EastRussia, we faced the same problem: we lacked a "synthetic image" for regions, - confirmed Olga Merkulova. "Then we started to produce our own product - a weekly analytical bulletin, first for ourselves, and now you can subscribe to it, including regional editions."

Dmitry Shcherbakov noted that economic journalism at the regional level is not in great demand, and there is no universal recipe for making publications on economic topics interesting for mass audience consumption in the regions themselves. "A lot of journalists are not interested in writing themselves on economic topics, but this happens, maybe not because there is no request for an economy, but because they do not know how to work with figures." For me personally, it has always been exciting history, which allows, if not planes, then at least a nail file to remove that thin layer of lacquer, which is usually put on by representatives of the authorities and PR-structures. And if you dig into any news, it turns out that not everything is as it is presented. But this requires an additional resource a kind of time that regional journalists often do not have, because they "work on a lot of machines." Unfortunately, even investigations into the economy of the Far East are read by a very limited audience, and write for a conditional thousand people in your region who are interested in the economy, which is difficult to monetize - for regional publications it is still, probably, a luxury, "- said glavred EastRussia.

After that, the discussion moved into the format of a dialogue between speakers and the audience. State Duma deputy from the Khabarovsk Territory Yury Berezutsky asked Dmitry Shcherbakov whether in the regional media there is a need for a "nail file that removes external glossiness only for economic processes, or for political ones too." "Politics as a public process is adapted to the" removal of varnish "from the very beginning.The task of the journalist in this case is to find the necessary parties and publish opinions that are already formed.The economy is more complicated: businesses are hundreds of species, and even business owners in one sphere may not understand nuances of business in some other, and therefore the task of an economic journalist is more difficult, "he replied.

Ilya Averin, head of the economy department of the newspaper Khabarovskiye Vesti, asked whether it was appropriate to use news about the investor's intentions to build something when nothing had been done. "There are often reports of plans for the plant, it takes a month, a year, and nothing happens." Can the premature publication interfere with the investor's plans? "He explained. Vyacheslav Zenkovich said that every big media already produces a huge flow of news, which is growing, and it is therefore better to filter such news. "We in Kommersant usually write about the intention to make a deal and return to it only when it happened - we fix the fact or wait until they explain to us that it will not be." In the regions quite often monitor the negotiations, changes in the project, and this is rather an advantage, "- said Dmitry Butrin. And Dmitry Shcherbakov noted that any such news for a journalist can "be an excuse to turn to the depth: for example, contact the investor and learn from him the details."

"We and my colleagues discussed the problem of the shortage of personnel for economic journalism and the complexity of this sphere.EastRussia is ready to initiate the creation of a training tool that would help develop business journalism in the Far East.For whom it would be interesting to visit absolutely free of charge such, let's call it so, the school economic journalism? " Olga Merkulova asked the audience. 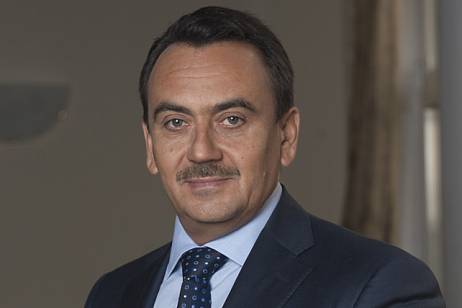 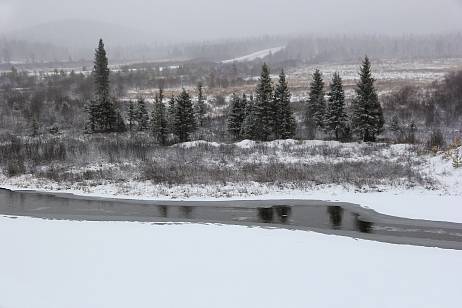