The Far East does not lose 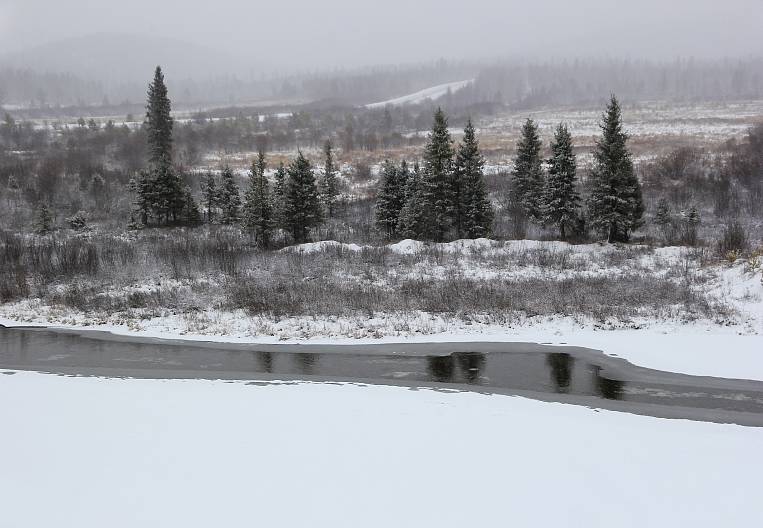 The vice president of the Center for Political Technologies, Rostislav Turovsky, assessed the state of regional budgets in the Far East and tried to understand what and how the regional power lives, what are its successes and failures, the possibilities and limitations of its executive bodies.

- Since the past, and according to some estimates, since the year before last, the situation in Russia with the filling of regional budgets and financing by the regions of their projects has been gradually deteriorating. This situation is caused both by the unfavorable general economic trends of recent years, which have become especially noticeable in the current year, and by the specifics of Russian interbudgetary relations, where the leading role is played by the federal center, seeking primarily to solve the problems of its own budget. Regions in these conditions find themselves in a very difficult situation. At the same time, the Far East for several years, in fact, since the decision to hold the APEC summit in Vladivostok in 2012, has been one of the highest priority territories attracting significant financial resources from the center. Now, when federal transfers to the regions have begun to decline, the Far East is still not losing out on this. At the same time, filling the budgets from own funds, which is clearly not enough, remains a problem. In a situation when regional finances in Russia find themselves in a critical situation, since revenues are falling, and expenses cannot be reduced for political reasons, it is important to understand the state of the regional budgets of the Far East and Transbaikalia, and what may await them in the future.

In our work, we first of all assess the state of the regional budgets proper, and not the consolidated budgets, which include all local self-government (except for the cases that refer to consolidated budgets, see below). The work is based on calculations made by the author using the open data of the Ministry of Finance of the Russian Federation (as a rule, according to the results of January-December of the corresponding year).

True, in the context of individual regions in the Far East there have been ups and downs. After 2009, only positive dynamics in all years was demonstrated by Yakutia, Amur and Magadan regions, as well as Transbaikalia. The least stable financial and budgetary situation, as one would expect, is distinguished by the economically weakest region - Chukotka, which is characterized by regular leaps in one direction or the other (like a 40% decline in 2010 and subsequent growth by one and a half times in 2011. ). In another economically weak region, the Jewish Autonomous Region, with an overall positive trend, there was a large decline in income in 2011 - by 15%. However, the situation looks unstable in one of the economic "locomotives" of the Far East - the Primorsky Territory, which is mainly explained by the sharp changes in the volume of federal transfers. Thanks to the federal center, this region increased its revenues in the crisis year of 2009 by 55%, but then all the years, except for 2011, its revenues fell. Primorye became the only region of the Far East where budget revenues declined in 2013 (when, on the contrary, huge growth, but again at the expense of the center - more than one and a half times - was shown by the Amur Region and the Jewish Autonomous Region). In Russia as a whole, in 2013, regional budget revenues also fell, for the first time since 2009.

However, it is important to understand the extent to which the relatively prosperous financial situation in the regions of the Far East is indeed determined by its own revenues, and which is the result of federal aid.

Here, too, it turns out that the situation in the Far East with good revenues of regional budgets (their tax and non-tax revenues) looks good (Table 2). In 2013, the regional budgets of the Far East collected almost 309 billion rubles on their own, and more than 330 billion with Trans-Baikal. However, from Russia as a whole it was not so much - 6,3%, which indicates the great importance of federal financial assistance. Nevertheless, own income grew in the troubled 2009 (when in Russia they fell by 16 with excess percent) and in all subsequent years. However, you should pay attention to the slowdown in their growth - in 2013, it amounted to almost 6%, which, given inflation, can not be called a success. True, in Russia in general, the situation was noticeably worse - nominal growth of only 1,65%.

At the same time, a constant positive trend in own budget revenues in the period under consideration from 2009 was demonstrated by a number of Far Eastern regions, namely, Primorsky Krai, Kamchatka, and the Amur Region. Other regions still had recession situations, and in different years. Closest to the general federal trend of Yakutia, in which its income declined in 2009 and 2013, and in other years grew. In the crisis year of 2009, revenues of the Khabarovsk Territory and the Jewish Autonomous Region were declining, but the Jewish Autonomous Region also had a problem year for 2011. Abrupt processes vividly characterize Chukotka, with a huge increase in its own revenues in a seemingly inappropriate 2009 for this (more than doubled) and noticeable drops in 2010 and 2012. In 2013, apart from Yakutia, Khabarovsk Territory and Amur Oblast showed weak growth at the level of the order of 1% and less. However, on Sakhalin, in the Jewish Autonomous Region and the Chukotka Autonomous Region, the growth of own revenues in 2013 exceeded 20%.

It is also worth noting that for the budget of a number of regions payments of subsoil users are important. The mineral extraction tax, centralized for oil and gas, at the same time goes to the regional budget in the case of diamonds, which plays a positive role in filling the Yakut budget. This tax is also noticeable in the budgets of the Magadan region and Chukotka. However, Chukotka in 2013 received the largest revenues through the use of state property, which distinguishes it from all other regions and again indicates the instability of the district budget and the sources of its replenishment.

Table. 3. The main sources of tax and non-tax revenues of regional budgets (%, January-December 2013).

As for federal transfers, i.e. gratuitous receipts in the regional budgets of the Far East and Transbaikalia, their volumes turn out to be the most volatile, which ultimately affects the general noticeable changes in the budget revenues of the Far East in one direction or another (Table 4). In 2013, the Far East has attracted more than 243 billion rubles in transfers, with Transbaikalia more than 264 billions, which, as we see, is comparable, although less than its own revenues. How much the center spends on these regions is shown by their share in the total volume of federal transfers, which in 2013 was 16,8%.

But there was no steady growth of transfers in the Far East, which is explained by opportunistic factors, in particular, by the implementation of the federal program of socio-economic development of the Far East and Transbaikalia that is uneven over the years. Due to this federal program and increased funding at that time, its main sub-program for Vladivostok federal transfers increased in 2009 in the district by 38,5%, and in Primorsky Krai - by a record 125,5% (i.e., more than doubled). However, in both 2010 and 2012. the volume of gratuitous transfers decreased both in the country as a whole and in the Far East in particular.