The Far East in pursuit of currency

In the regions of the Far East since the beginning of the week there has been increased excitement for the currency, queues have even lined up near exchangers in some cities. The fault was the collapse in oil prices, followed by the devaluation of the ruble. The exchange rate has grown by 20%. The dollar was traded at 72 rubles, and the euro - 82 rubles. 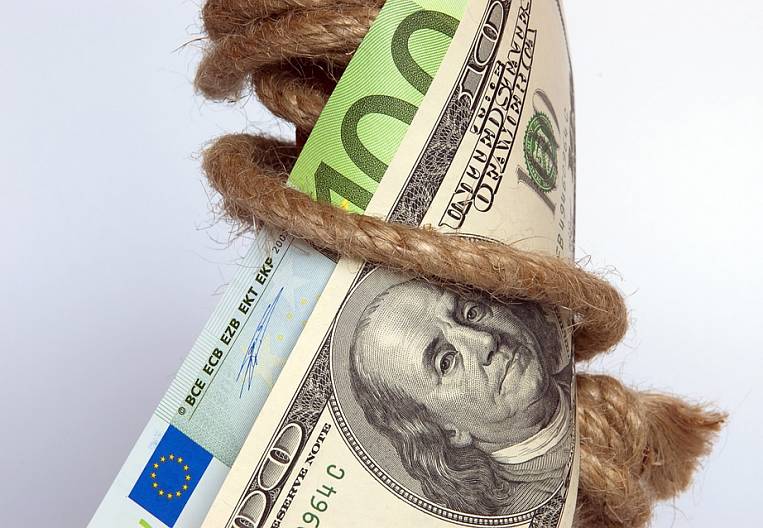 WITH ADVERTISING AND WITHOUT A QUEUE

At the beginning of the week, one dollar can be purchased in banks and currency exchange offices in the Far Eastern Federal District at a price of 74 to 100 rubles. The cost of the euro varies from 85 to 110 rubles. Increased demand for currency occurred in Vladivostok.

“Indeed, from the beginning of the week we had a lot of visitors who wanted to buy currency. Even queues at the cash desk were formed, ”a representative of Primorye Bank told EastRussia.

In other Far Eastern regions, there was not much hype. For example, in the office of Avangard Bank in Magadan, the publication was told that they did not notice the increased demand for foreign currency, that the same number of customers arrived every day as usual. In normal mode, exchangers work in Khabarovsk.

Retail representatives disagree on whether the collapse of the ruble affected retail prices or not. According to the owner of Remi supermarkets Dmitry Suleev, fluctuations in the currency market cannot but affect the cost of products in retail outlets.

“Of course, it affects prices. Sellers of imported goods are guided by the cost of purchases in foreign currency. The growth of the dollar affects primarily the food group of goods. Prices have already risen slightly, but not as it was when the borders were closed. The cost of products will decrease with the strengthening of the ruble. It’s enough to recall how prices fell when the border with China was opened, ”said the entrepreneur.

Trading network “Sambury”, operating throughout the Far East, according to the head of the department of advertising and PR this network Vetta Volgusheva, while operating in the mode of existing contracts, and how the ruble jumps will affect prices in the future, is unknown. Prices in the supermarkets of Magadan remain unchanged.

According to forecasts of federal experts, ruble surges will not affect products more, but household appliances and electronics. DNS CEO Dmitry Alekseev agrees with this, but believes that this will not happen immediately.
“The market for household appliances and electronics is quite competitive and it would not be desirable to raise prices for someone, this will instantly lead to a loss of market share, so there will be no automatic price increase. The increase in the value of goods will occur gradually, after manufacturers raise prices, ”said Dmitry Alekseev.

According to him, a year in trade can be divided into three supply cycles: the spring-winter season, for which purchases have already been made; the end of summer - the beginning of autumn, when prices of many manufacturers will be changed, and retail will follow this with many offers at old prices; New Year's sales, which will be reviewed almost all prices.

“However, it must be borne in mind that if the exchange rate changes by 20%, this does not mean that prices will rise by 20%. Part of the price change can be covered by sellers and manufacturers, and part - due to technology. It’s just that international flagships will hit the market with some delay, ”Alekseev commented.

Vladivostok resident Yulia Vasilenko regularly buys dollars because she uses currency as an investment tool. However, recent changes have forced the girl to think about how to proceed.

“I buy dollars. Like many, I had an idea to sell the currency. According to all forecasts, the ruble collapsed for a short time. Now with ten thousand dollars you can make a profit of 100 thousand rubles. But I have only one thousand dollars, ”said Yulia Vasilenko.

An employee of the travel company Regina Moreva from Vladivostok notes that, unlike ordinary citizens, representatives of the tourism industry are buying up currency. They do this mainly because of missions, which do not stop even in connection with the spread of coronavirus in the world.

“Nobody buys anything, everyone has loans, and other needs, the people have become impoverished. Only our management buys a little. They often fly abroad, so they need a currency, ”the travel agent explained.

The economist Nikita Maslennikov does not recommend purchasing currency unnecessarily. The probability that the ruble will again begin to strengthen is quite high.

“Buying currency now is a premature decision. Already today we are seeing a trend towards the strengthening of the ruble. Oil prices went down, despite the fact that the Central Bank behaves restrained. But the cost of raw materials also easily rises up - it is enough to appear fake news or some rumors about the growth of oil. In principle, the Central Bank is able to strengthen the ruble, but the regulator will focus on oil prices. Without the need, it makes no sense to buy up the currency, it is rather imprudent. For investment purposes, buying dollars and euros is pointless. The ruble should be strengthened in all respects. Mainly on the measures that the Central Bank is taking now, ”Maslennikov explained

The expert also noted that March will be stressful - there is a high probability of currency jumps. The currency market will continue to be in a fever.

“The whole month will be nervous, and it is difficult to predict how the currency and the ruble will behave further. Although the fact that the ruble will gain strength can be assured for sure. For personal purposes, buying a currency does not make sense for a large part of the population - there is nowhere to spend it, because it is difficult to go abroad because of the coronavirus, ”the economist concluded.