Methanol consumption in the world is growing amid volatility of oil prices: it is an important source of raw materials for the chemical industry and, perhaps, the main fuel of the future for sea-going vessels. Meanwhile, the Far East of Russia consumes only 100 thousand tons of methanol per year. Why is the ESN group ready for 2020 billion to invest more than 44 billion rubles in a plant in the Amur region with an annual capacity of 1 million tons and why is this only the first stage of the project, explains Vadim Medvedev, group vice-president. 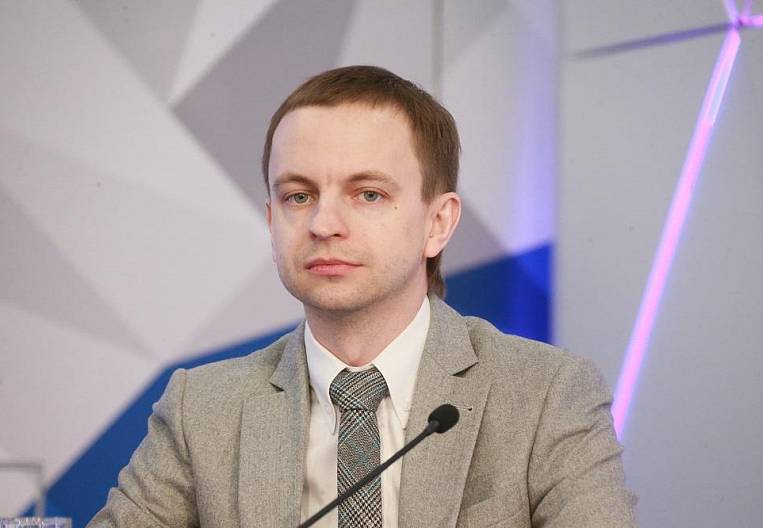 Photo: minvr.ru
- Vadim Vladimirovich, at the last Eastern Economic Forum the group ESN announced the construction of a methanol processing plant. Announced 44,3 billion rubles of investment and 1 million tons of products per year. At what stage is the preparation of the project now?

- Thanks to comprehensive support, the project is actively developing. 1 million tons of methanol - this is only the first phase of the project. We plan on the basis of the existing oil terminal of the Group to build a gas chemical complex for several re-operations. 1 million tons of methanol - this, I repeat, the first stage, with commissioning in 2020 year. At the moment, we, firstly, have completely provided the project with the necessary resources, now everything is - land plots, railway, gas, electricity, water supply, water disposal. We have completed the feasibility study and go on to the basic design. In parallel, we are preparing to sign a contract for the acquisition of methanol production technology, which, in fact, only three companies have: German Lurgi, Danish Haldor Topsoe and British Johnson Matthey.

- What fundamentally these three technologies differ, what parameters will you look at when choosing?

- There are several groups of parameters. Some of them are purely economic, for example, gas consumption per ton of methanol. Part is related to the extent to which technology is widely spread and how safe, what is the experience of the licensor in the world and in the work on the Russian market. When we started the work, we thought there would be significant differences in technology, but now we see: all three technologies, in fact, are similar. All three companies have a great reference, installations are working all over the world: we were in the United States of America, Malaysia, the Middle East and China and we understand that each of these companies can be entrusted with such a project.

- What will be the decisive factor in this case?

- The case is in detail, including in the degree of orientation of each licensor for the specific needs of the client. I will not run ahead, but the totality of all these trifles will be decisive. And of course, personal contact is important - we already get acquainted directly with the engineers who will do the project.

- If these technologies are so widespread, they are apparently safe?

- Absolutely. The key point is the concentration of harmful substances in the atmospheric air. With regard to the project in Skovorodino along the border of the plant's sanitary protection zone, it will be several times lower than the MPC. This will be the second installation of this type in Russia, the first successfully operates in the city of Shchekino, Tula region since 2011. More than 10 installations (in Norway, USA, Malaysia, Iran, Trinidad and Tobago, as well as in Egypt) are currently operating in the world for this technology. From next year in Russia mandatory environmental expertise of projects is being introduced, and ours will be one of the first, if not the very first, who will pass it. On all aspects of construction we are in constant contact with both local authorities and the population.

- The population, perhaps, even rejoices that you will create additional jobs? Will you be able to count on them locally?

- After the launch at the first stage, more than 200 people plus about 60 in the auxiliary will work directly in the production. During the construction phase, more than 1000 people will be involved. We will employ those who are currently employed at the terminal. By agreement with the Amur Region, we committed ourselves to making the most of local personnel. Moreover, already now we are conducting a dialogue with local higher educational institutions - the Amur State University, the Amur Industrial College in the city. Free, so that when the plant is put into operation, we had trained specialized specialists.

- Does the project claim any benefits?

- Fortunately, the government does not need much support for the construction of infrastructure directly for the plant - the project is, I repeat, provided. There is an operating terminal on which the boiler house operates, there is an access to the railway, there are administrative buildings.

At the same time, we are very grateful for the support of the project to the federal and regional authorities and will claim tax privileges as a resident of the TOP "Free" - we entered there as anchor investors along with respected companies Gazprom and Sibur.

As for the social sphere, we see the opportunity, with the support of federal and regional authorities, to find solutions to social issues in Skovorodino - reconstruction of urban treatment facilities, road repairs, a kindergarten and the Culture House, transferring coal-fired municipal boiler houses to natural gas. This would not only improve the standard of living of citizens, but also improve the ecological situation. We believe that the speech should go specifically to the complex development of the city.

- How much gas do you request for the project?

- For the production of 1 million tons of methanol, about 1 billion cubic meters of gas is needed. Despite the complexity and ambitiousness of the project "The Power of Siberia" due to the balanced strategy of PJSC Gazprom for supplying gas to domestic consumers along with export supplies, PJSC Gazprom found the opportunity to support our project and sign a long-term gas supply contract.

- There was information that Gazprom agreed to sell gas only at an export price plus a transportation premium.

- According to our information, Gazprom plans to connect a lot of different consumers - the population, power engineers, chemical projects, the Vostochny cosmodrome. The tariff for gas will be determined by the FAS decision. But the cost of another type of raw materials, the butane fraction, which can be used by our project for the production of additives to motor fuel at the next stages of its development, is purely a contractual relationship taking into account the export prices of the product.

- What about the prospects of exporting your products? Will you focus on China?

- Our project has different logistics capabilities. The first you mentioned is the delivery to the north of China. It is possible by three modes of transport: by rail through existing border crossings, Zabaikalsk - Manchuria or Grodekovo - Suifenhe, or under construction - Nizhneleninsk - Tongjiang.

It is also an automobile transport - the construction of a bridge in the Kanikorgan area - the Blagoveshchensk-Heihe border crossing is being actively carried out. It is possible to implement a project to build a cross-border product pipeline between Russia and China, because we are located only 60 km from the border with China, and this idea is of interest to the Chinese partners. Finally, there is the possibility of supplying the markets of southern China, Japan and South Korea through the Far Eastern ports by sea.

- Will the domestic market take any significant volumes?

- Unfortunately, domestic consumption of methanol in the Far East is still not very large - 100 thousand tons per year. In general, methanol producers of KFK-resins, which are binders in the production of chipboard, plywood, MDF, consume methanol. But we believe that the timber industry complex of the DFO is just doomed to development due to the fact that the world demand for timber is increasing tremendously, and the resource base is rapidly dwindling. The potential of the Far East is a growth in timber processing at times. The presence of local methanol production will improve the economy of local wood board production. Such enterprises often work on logging waste and use low-grade wood, which allows to dramatically increase the depth of timber processing without increasing the volume of logging.

- What is the proportion of export and domestic supplies?

- In the long term, we focus on the ratio of 50 to 50. Then everything will depend on the market situation at the time of plant start-up.

- And what are the forecasts for methanol consumption in Asian countries?

- Methanol is in the best sense of the word global commodities - a commodity that is traded in the markets and needs a lot of industries. The main driver here is the production of olefins from methanol. Speaking about tomorrow, there are pilot projects on the use of methanol as fuel for bunkering: it is more environmentally friendly than fuel oil, and if there is a breakthrough, the consumption of methanol will double. The demand for methanol is also steadily growing in physical volumes. Even in the most crisis years, 2009, 2014, when oil cost $ 30, methanol added 5-7% per year. Global consumption is now about 70-80 million tons, and, according to forecasts of all leading world agencies, demand will continue to grow. This is just a window of opportunity, which allows not only ours, but also other similar projects throughout Russia to take their place in the growing world market.

- What do you expect from the forthcoming Eastern Economic Forum?

- As on the previous three WEF, in which we took part, we expect many useful contacts on the site, which we consider a successful addition to the St. Petersburg and Sochi forums. First of all, with foreign partners: consumers, construction companies, potential investors. We count on a large number of agreements, but I will not disclose details yet. The previous three forums were extremely useful for us. We plan to further expand the spheres of cooperation, and here the development institutions of the Far East are very helping us, which are a storehouse of useful contacts not only with representatives of foreign business, but also with officials of other countries. This is also very important, because our project is a partnership between Russia and the APR countries, it is supported at the interstate level.

Published in the journal "Economics of the Far East"
You can subscribe to the magazine on the portal investvostok.ru
Tags: chemistry gas Gas processing Methanol building investments Amur Region UST
September 21: current information on coronavirus in the Far East
Digest of regional events and latest statistics
Media News2
See also: