Budget beach vacation in Primorsky Krai is experiencing significant difficulties. On the one hand, the state is beginning to more closely monitor the quality of services provided to holidaymakers - and with this, the budget segment is not all right in the history. On the other hand, the increased flow of wealthy tourists, both foreign and Russian, is much more tempting for business than working with those who trade for every ruble. As a result, flying to Asia is more profitable than spending holidays in Primorye. 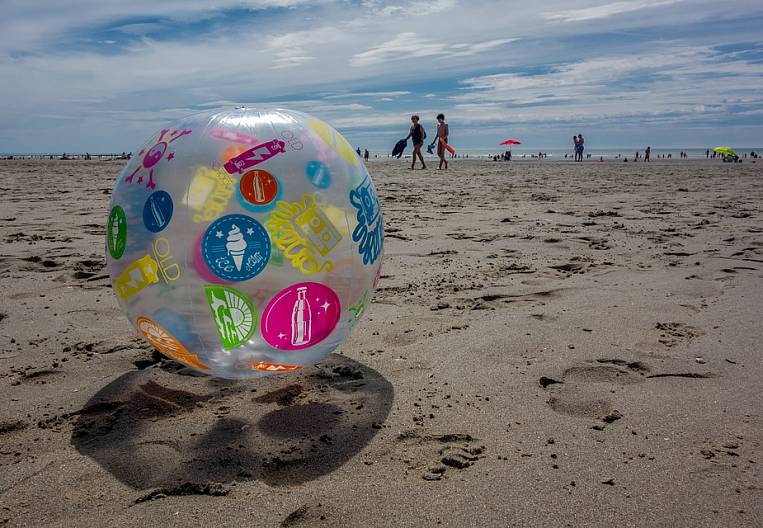 "Camping" out of classification

Since 1 July in Russia comes into force on the law on the classification of accommodation. In addition to hotels and hostels, it affects the usual recreation centers, in which more 50 accommodations have been created. Under the new rules, in the houses on such camp sites there should be at least four square meters. meters per person, as well as the minimum set of infrastructure and services. Thus, Primorye may very soon lose the triangular huts on the shore - buildings, where this rate is clearly understated. Starting from July 1, placing guests in such houses will be prohibited.

“Under the terms of the Standardization Center, they are not subject to any classification. In theory, there need to start bulldozers and clean the site. Despite this, the owners of the bases continue to offer these houses to customers for the summer period. And what awaits tourists there in the light of new events is unknown, ”told the President of the Far Eastern Regional Tourism Association Irina Kushnareva to EastRussia.

From July to September, the cost of a triangular house with a small window and two double beds, which the owners of the bases call a camping, will average one thousand rubles a day. Often, the guests of such houses have to pay extra for each shower visit, the toilet is located on the street, the kitchen is shared. At the same time there is a demand for such housing.

“Such a house can be booked a few days before the entrance, but not the fact that there will be seats. Camping is popular, it is taken by those who need a budget option for recreation, ”said Victoria Gileva, a travel agency manager, told EastRussia.

The Primorsky Tourism Department notes that these standards are not new, and they are valid for a long time by national standards (GOST R 54606-2011, GOST P 51185-2014). Therefore, there is no need to fear for camping - experts, most likely, classify such buildings as an object for single occupancy. And then - the issue of law enforcement and individual greed.

And the risks of running into substandard services actually turn out to be very high. The reality for many exceeds even the wildest expectations, often on returning from vacation, tourists are preparing lawsuits. So in 2016, Khabarovsk residents got an unforgettable vacation in Severnaya Bay: tourists were promised a fabulous ten-day vacation for only six thousand rubles, as a result they got cots in a long wooden barrack with fungus on the walls, food in containers, lack of drinking water and a closed road to the sea .

“We stopped working with the bases of Primorye. A lot of complaints from customers. Last year, a regular client decided to go on holiday in Primorye and in the end could not wait for this vacation to end - terrible conditions, ”said Valentina Aseeva, Executive Director of the Far Eastern Regional Branch of the Russian Union of Travel Industry

Even after such incidents, the clients themselves are not in a hurry to get travel agents for vouchers - they prefer to choose and check everything themselves. So did the mother of many children from Khabarovsk Irina Rodina, who was among the guests of the barracks in the North Bay.

“We didn’t stop loving Primorye after that unfortunate event, but we changed the approach to choosing a place: we don’t turn to agencies any more, we are looking for everything ourselves. We discovered a wonderful place - Popova Island. We understand that sometimes it will be more profitable to go abroad, but in Primorye it is more convenient for us to rest: there is no trouble with paperwork for children and flights, ”said Irina Rodina.

Profitability is leaving under the "hut" business

Global changes in the tourism industry of Primorye for the year did not happen. There are quite good bases in Livadia, Slavyanka, Ryazanovka - Far East’s tourists often go there. You can relax in Primorye in comfortable conditions, but you have to pay more for this than for the “toilet house”. In this case, you need to take into account road costs - gasoline for a personal car, travel on a bus or train.

“Bus tours are convenient and profitable, but when you come across semi-marginal fellow travelers, the road turns into an ordeal. If you get to a place of rest by rail, then you need to be prepared that in summer the fare increases - this is not a secret, ”said Valentina Aseeva.

Now it is more profitable for Far Easterners to go to Asia and relax there in more comfortable conditions. Many have been doing this for a long time. For example, now a 13-day tour to Phuket will cost 29 rubles, and for eight days to the Hainan Island - 500 rubles. In Primorye, on average, the cost of living without meals this season ranges from 26 rubles to 900 rubles per person per day. If food and a toilet are added to a room or a house, at least on the floor, the price rises by 1 rubles. The most expensive offer reaches 000 rubles per person per day. The cheapest are the very "toilet houses", which may not be there already this season - 1 rubles per day.

Price competition with Asian resorts, alas, is not in favor of the tourist centers of Primorye. The main problem for the business is the limited season, it lasts for the entire 2-2,5 of the month, and it is necessary to maintain the bases all year round. As a result, the earnings are low, sometimes the owners go to zero altogether. Therefore, the cost of living this year has changed, mostly prices have risen. Although on some bases, on the contrary, they became smaller: the owners decided to refuse to provide three meals a day.

“There are no prospects for the affordable holiday segment in Primorye. And there is no possibility for building normal bases: the banks are clogged, there is no place. And in order to build something, it is necessary to import building materials, and these are big expenses, besides, there are often no normal roads to the bases, ”explained Irina Kushnareva.

In line for foreigners

On the other hand, the increased flow of foreign visitors is pressing on the budget segment of tourism. At the end of last year, the Primorsky Territory entered the top three leading regions in terms of the development of inbound tourism. According to Konstantin Shestakov, director of the regional tourism department, attracting new airline and cruise companies, promoting the potential of the entire region and, in particular, Vladivostok among potential tourists from China and South Korea, are strategic for the region. Last year, Primorye set a new record for receiving foreign travelers - about 780 thousand foreign guests, this is the maximum amount of foreign tourist flow to the region. Growth for the year was 20%.

“Primorye is working to attract foreigners, which he is doing well. There is no need to bother there: the Japanese or the Chinese arrived for two or three days, ate seafood, bought gold, visited the aquarium, and fled, ”concludes Irina Kushnareva.

In the tourism department of the Primorsky Territory, the expert’s claim of a bias in targeting foreign tourists is fundamentally wrong. According to official data, the domestic tourist flow in the region exceeds three million people annually. And some of them come from other regions of Russia, despite the fact that a tourist from Seoul or Beijing to get to Primorye is closer and cheaper than from Moscow, St. Petersburg or Kazan.

“It is the distance factor, and not the quality of services, that determines the attractiveness of a seaside holiday in Primorsky Krai for tourists from other regions of Russia. Almost half of all domestic Russian tourist traffic in the region are those who come to the sea during the warmer months - about 1,5 million people. These are both residents of Primorye and our closest neighbors from the Khabarovsk Territory, the Amur Region, and Transbaikalia. And these are all very different people, with different requests and different possibilities, ”answered the EastRussia inquiry in the Primorye Tourism Department.

It is through different budget opportunities that officials explain the various services and costs. Someone chooses full board and hot water in the room, someone has a summer house with shared facilities, and someone sets up a tent in the open air. At the same time, the department notes that the quality of services at any level of service must be high - this has become a task for regional and municipal authorities. How will the struggle for the quality of rest on the prices and availability of the "budget" segment - will show the coming seasons.