As far back as 2013, the Russian leadership chose the model of accelerated development of the Far East, based on increasing exports to Asian countries and attracting foreign investment. In recent years, certain successes have been achieved in this direction, as evidenced by official statistics. 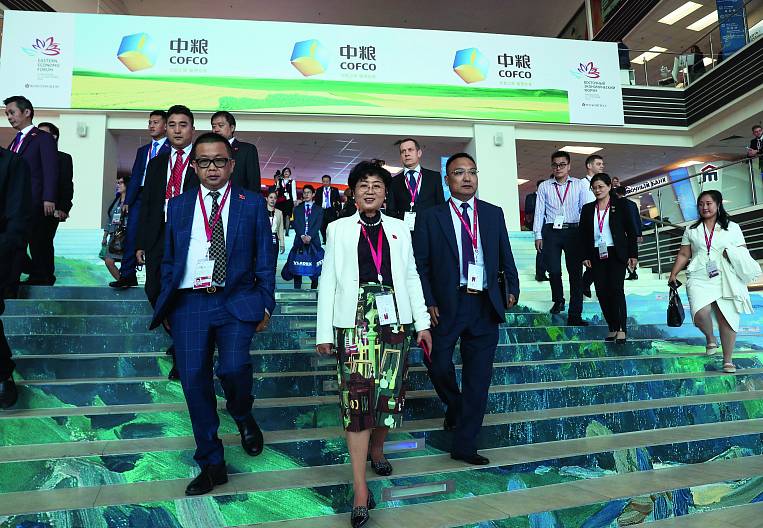 According to the Central Bank of Russia, during the period from 2014 to 2016, there was a steady increase in foreign direct investment (FDI) in the regions of the Far East. If in 2014, practically since the beginning of the full-scale launch of the Russian strategy of turning to the East, the net FDI inflow to the Far Eastern Federal District amounted to five billion dollars, then in 2015 it was seven billion, and in 2016 it reached all-time highs of 10,3 billion dollars.

However, in the last two years there has been a negative dynamics in the inflow of net direct foreign investment in the Far Eastern Federal District. For example, in 2017, the volume of foreign investments amounted to 8,1, billion, and last year there was a sharp decline - to 1,3 billion. However, this situation is characteristic of all of Russia. So, in the 2018 year, there was a more than threefold decrease in FDI compared to the 2016 year - from 32,5 billion to 8,8 billion. This picture reflects a deterioration in the mood of foreign investors. This is largely due to negative expectations of increased US and EU sanctions pressure on the Russian economy.

A total of 45 projects with Chinese capital totaling 2,6 billion dollars are currently being implemented. These are projects in the field of petrochemicals, fish processing, aquaculture cultivation, agriculture, industrial production, transport and logistics, timber processing. Another 35 investment projects worth 17,8 billion are under preparation.

One of the most ambitious joint projects in the Far East is the construction of an oil refinery in the Amur Region on the territory of the Priamurskaya ASEZ near the village of Berezovka. For the operational management of the project worth 120 billion rubles, the Russian-Chinese Amur Energy Company (AEC) was created, the main investor of which is the Chinese Menglan Galaxy Energy Corporation, 10% of the investments belong to the Russian InterRusOil.

Japanese investments are also gradually growing, the share of which, according to the statement of the plenipotentiary of the President of the Russian Federation in the Far Eastern Federal District Yuri Trutnev, has grown to 5% of the total foreign investments. Among major joint projects is the opening of a new engine plant in Vladivostok. The project is implemented by the Russian company Sollers and the Japanese Mazda Motor Corporation. The total investment exceeds three billion rubles, two of which were invested by the Japanese side.

According to experts, in the foreseeable future, it is highly likely that the volume of Japanese capital in projects in the territories of accelerated development (TOP) and the Free Port of Vladivostok (SPV) will continue to grow steadily. A lot of this will be helped by a joint Russian-Japanese enterprise for the implementation of investment projects in the Far East. Its founders were the Bank of Japan for International Cooperation (JBIC), the Far East Investment Promotion and Export Support Agency and the Far East Development Fund (FRDV).

The cooperation between the Far East and Korean companies also has high potential. According to official figures, a number of investment projects worth over one billion dollars are currently in operation. They relate to the modernization of port infrastructure, the production of environmentally friendly products, and the creation of medical centers.

The largest Russian-South Korean project in the Far East is the creation of a complex for the production of mineral fertilizers in the village of Kozmino, Primorsky Territory, initiated and operated by National Chemical Group CJSC. The cost of the complex, which they plan to put into operation in the 2022 year, is estimated at approximately 6,3 billion dollars.

The “growth point” in investment cooperation may be the signing of an agreement on the creation of a free trade zone between Russia and South Korea, covering investment and trade in services. The parties have already officially begun negotiations.

Fuel in exchange for electronics

Asia-Pacific is also the main market for the sale of Far Eastern goods. This region accounts for 85% of FEFD exports. The dominant role is played by the supply of mineral fuels (about 60%). However, changes have taken place in the past few years - there has been a tendency towards an increase in the supply of non-primary products - fish (15,5% of total exports), wood and wood products (6,1%), pearls, precious and semiprecious stones (5,3%).

Most often, goods from the Far Eastern Federal District are exported to the countries of Northeast Asia. According to the Far Eastern Customs Administration, 32,5% of all exports go to South Korea, 23% - to China, 21,5% - to Japan.

As regards imports, the leading positions are occupied by equipment and mechanical devices (23,8%), electric cars (8,6%), and also means of land transport (7,9%). More than half of all imports from the Asia-Pacific countries to the Far East come from China, 9% from South Korea, 8% from Japan, 6,5% from the USA.

Experts note the positive dynamics in the trade and economic interaction of the Far East with Asian partners. So, according to the results of the 2018 year, with China, the turnover increased by 26% compared to the previous year and amounted to 9,8 billion dollars. The increase in trade with South Korea amounted to 36,5%, which allowed to increase the volume of trade with the Far Eastern regions to 9,7 billion. Indicators also increased in cooperation with Japan - by 21,6% - more than five billion dollars.

According to experts, it is these countries that will bet on closer integration of the Far Eastern Federal District into value chains in the Asia-Pacific region. This will happen as the capacity of existing ASEZs grows.

Turn to the Arctic

The interest of Asian countries in the development of the Arctic is also growing. The almost complete absence of fossil fuel deposits in Japan, South Korea, Singapore and a limited number in China and India make these countries dependent on imports. There is a need to diversify supplies, so the Arctic, which accounts for up to 25% of the world's undiscovered oil reserves and up to 30% of natural gas, is seen as an important source of expanding the geography of supplies.

In addition, the export-oriented countries of the Asia-Pacific region are growing in demand for the creation of alternative transport arteries connecting them with Europe. The Northern Sea Route, which is the shortest sea route in this direction, can take part of the cargo turnover.

China is most interested in the development of the Arctic. This was confirmed by the publication of the White Paper on Arctic Policy in 2018, as well as the launch of a new large-scale initiative, The Ice Silk Road. It should be a complement to the mega-initiative of the "Belt and Path". At the same time, other Asia-Pacific countries do not remain aloof from the Arctic processes. For example, Singapore, which is an observer in the Arctic Council, is setting up laboratories to study climate processes in this territory.

According to experts, it is now becoming clear that it will be extremely difficult to implement an export-oriented development model for the Far East without significantly facilitating the access of Russian goods to Asian markets. For this, it is necessary to establish a strong interaction between the Ministry of Eastern Development and Development with key international development institutions and multilateral platforms, for example, the Eurasian Economic Commission (EEC), the main supranational body of the Eurasian Economic Union (EAEU). Cooperation with Asian trade departments is becoming important in order to respond in time to the introduction of new or the adjustment of old trade barriers in the Asia-Pacific markets.

Now the Far East is interested in reducing tariff barriers in the Asia-Pacific countries for the most protected product groups present in the export of Far Eastern Federal District, including oil products, agricultural products and high value-added seafood. This can be achieved in the framework of the forthcoming agreements on the FTZ, however, in return, it is necessary to offer the negotiating partners something in return.

Joint work is also needed to reduce non-tariff barriers for Russian products. This partly relates to the mandate of ECE. The issues of synchronization of customs norms and standards are addressed in the prepared FTAs ​​(with Iran, Serbia, Singapore) and in the existing trade and economic agreement with China.

However, a number of important non-tariff restrictions go beyond the framework of the EEC, for example, sanitary and phytosanitary barriers imposed by China on Russian grain and meat products. They are bilateral in nature and require a direct dialogue between Russian and Chinese departments. To launch a dialogue to resolve this issue, according to experts, should the Ministry of Development of the Far East.