The race for air tickets in the Far East in the summer period is always fierce - those who postpone a booking or purchase to a distant box will have to stay at home or pay a round sum for the trip. It is often easier, faster and cheaper for residents of the Far East Federal District to travel abroad than to fly around the country. However, statistics show that native Far Easterners choose more often. EastRussia found out whether the “flight” preferences of DFO residents for the year changed and what month was the most expensive for traveling around the country. 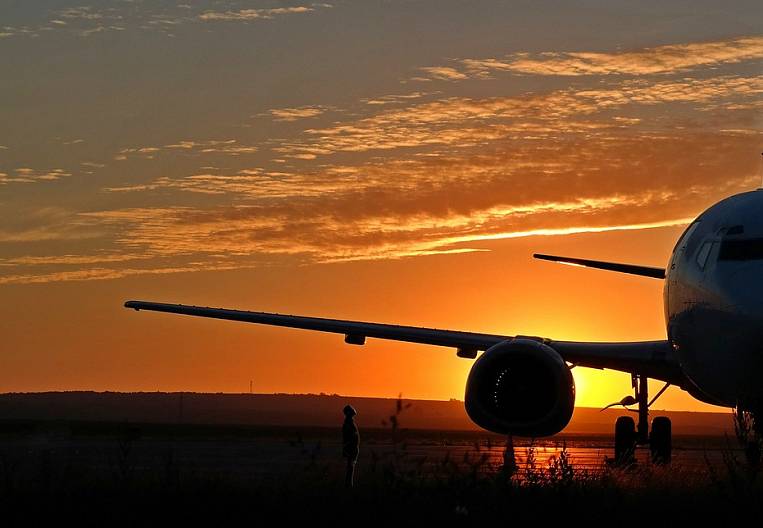 According to the service Aviasales.ru, residents of the Far East, as well as travelers from other regions of Russia, prefer to buy tickets at the last moment. So, since the beginning of this year, most of all bookings occurred in April, when tourists bought tickets for the May holidays. Now the Far East is actively looking for and buying tickets for the summer - in May, the demand grew by 21% compared with the previous month.

According to Biletix, this year, on average, residents of the FEFD booked travels for 19 days before departure, and a year earlier they did it for 15 days. Travel booking depth has increased, but compared to the rest of Russia, this is a low figure. This fact contradicts the prevailing view that all cheap tickets are bought up six months before the trip.

Most often, residents of the Far East fly inside the country. Domestic flights account for 70% of all bookings, for international flights - 30%. Moscow, Vladivostok, St. Petersburg, Novosibirsk, Yuzhno-Sakhalinsk, Khabarovsk and Petropavlovsk-Kamchatsky are especially popular. Among foreign routes, experts point out Seoul, Pusan, Beijing, Phuket and Bangkok.

According to experts from the OneTwoTrip service, Vladivostok, Moscow and St. Petersburg are traditionally included in the top 3 popular cities among Russian citizens: they are visited for recreation and as part of business trips. The new capital of the Far East Federal District is also flying because quite a large number of flights to Seoul are operated daily from Vladivostok. Since travel time is about two hours, the Far East quite often visit the capital of South Korea, and Vladivostok becomes a transit city.

For the year, the preferences of the residents of DFO in flights have not changed much. The three leaders in the same period of time in the 2018 year looked the same, but with minor changes: Khabarovsk was a bit more popular than Vladivostok, Moscow remained in the first place. Last year, Ulan-Ude and Chita were among the ten most popular domestic destinations of the Far East, this year they were replaced by Krasnoyarsk and Krasnodar.

The data that the Far East began to fly more frequently in domestic directions is also confirmed by the Biletix statistics. According to the press service of the service, in the first five months of this year, the share of domestic flights was 70%, whereas last year it was equal to 63%. But overseas residents of the FEFD began to fly less frequently - the share of departures decreased from 37% to 30%. At the same time, in 2019, 57% of bookings fell on flights within the DFO. Last year, this figure was 54%.

Executive Director of the Far Eastern Regional Branch of the Russian Union of Travel Industry Valentina Aseeva also reported on the growing demand for the western direction of EastRussia. She noted that the Far East fly to relatives, to the diaspora, to study. Especially the demand for such destinations increases in the summer, when residents traditionally take a vacation. Return tickets are also in demand - workers from the west go to large construction sites and shift workers to the cities of the Far East Federal District.

As for the prices of flights, the cheapest month for buying tickets was April - then the average ticket purchase ticket for customers from the Far East was 17 954 rubles. February turned out to be the most expensive for flights with an average 19 081 ruble check. In May, the average check was 18 874 ruble. Compared to last year, prices rose by 13%: if in 2018, Far Eastern air passengers spent an average round-trip air ticket in Russia 15 495 rubles, then 17 537 rubles. Tickets abroad, on the contrary, have become cheaper - average prices have decreased by 2% - from 20 069 to 19 670 rubles.

Now buy a “summer” ticket to the cities of the central part of Russia at an affordable price to the Far East almost unreal. The subsidized ones were dismantled in a few days, and the “economy” was bought up at a flat rate during the peak of the reservation - in April. Only the roads of the offer “comfort-opium” and “business-optimum” remain, which are not affordable for everyone. Another option is flights with transfers, but their main disadvantage is in a long journey, which can take more than a day.

Of course, against this background, questions for passengers regularly arise for airlines as well, and many express themselves in their social networks. For example, one of the observant bloggers found that booking systems do not allow docking of “Russia” and “Aurora” flights automatically, although this is possible. As a result, the booking system offers expensive tickets. If you book flights by individual segments, manually joining flights of these airlines, you can save a lot. Someone sees in this mercantile intent of airlines, and someone - a convenient "life hack".