Residents of the DFO regions bought up almost all the tickets in economy class for flights to Moscow for the summer period. As the demand increases during the holidays, the Far-Easterners announce their hunt in advance, as a result in May there are practically no tickets to the capital for the summer. 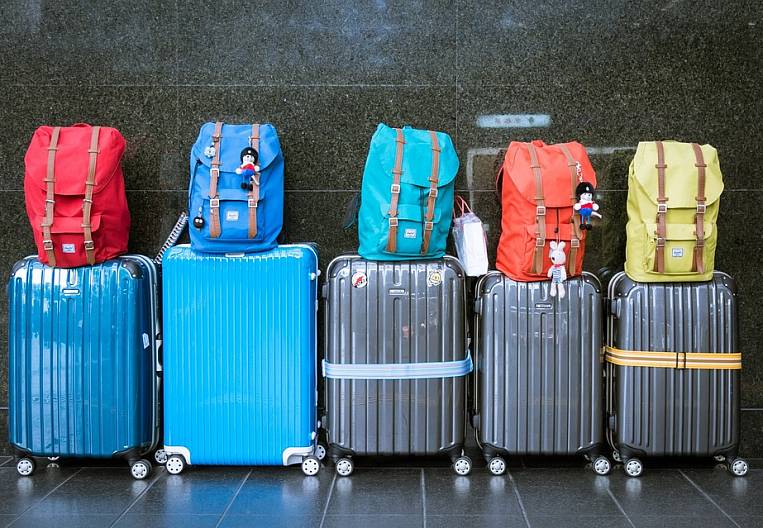 “By tradition, the cost of tickets from the cities of the Far East to the western part of the country on the eve of summer holidays has increased. Despite the fact that the program of subsidized transportation was extended, there are no longer any discount tickets for the summer. There are practically no regular tickets to the economy class, ”said Valentina Aseeva, executive director of the Far Eastern Regional Branch of the Russian Union of Travel Industry, to EastRussia.

You can fly from Vladivostok to Moscow in May for 13 rubles, in June for 771, in July you can find a ticket for 15, and in August for 165 rubles. However, you will have to make a change or two, you will have to fly without luggage, and the travel time may take more than a day. Direct flights are operated by Aeroflot and Rossiya, while there are no tickets in economy class for May, for June you can find several tickets for 10 in the economy of the Rossiya airline and the same for 482 from Aeroflot ". In July and August, there are more tickets at these prices, but they can be sold out already at the beginning of summer. A “comfort-premium” ticket from Aeroflot will cost 13 thousand rubles, a “business-optium” - 200 thousand rubles, a “business-maximum” - 13 thousand rubles. The prices of “Russia” are slightly lower: 200 thousand in the “business-optium” in June and July and 15 thousand in August. The situation is the same with return flights.

In Khabarovsk, the situation is worse: at the beginning of June there were a couple of tickets left to the "economy" for 13 rubles, the second half of the month is more accessible for flights - there are tickets for "Russia", but "Aeroflot" will cost at least 200 thousand rubles. class "comfort-optium". There are no tickets available for July, you can fly for 63 only from July 13 and only by "Russia". The same situation in August: there is no "economy", and the "business optimum" costs at least 200 thousand rubles.

“Flying back and forth costs under 100 thousand rubles, is this acceptable? Of course, you can catch cheaper tickets seven days before departure, there is one place, but this is not a solution. The problem is that for the summer period in the Far East the demand for flights sharply increases, while the number of sides remains unchanged. In addition, there is no alternative - only Aeroflot and Russia fly directly, in Khabarovsk you can still find tickets from Nordwind, but this airline flies only five times a week, and in other DFO regions there is no such choice, ”Valentina notes. Aseeva.

From mid-June it is still possible to fly from Petropavlovsk-Kamchatsky for 13 rubles by "Russia", there are no tickets for Aeroflot, there are no tickets in the "economy" for July, and a class above will cost at least 200 thousand rubles. Few affordable tickets still remain for the second mid-August.

Only "Russia" flies from Magadan to the capital. There are very few economy tickets left for June for 13, the higher class will cost at least 200 thousand rubles. There are no tickets for July in the "economy", and for August, there are still enough available tickets.

It will not be possible to fly from Yuzhno-Sakhalinsk to Moscow in the first half of June, and the remaining business optimum will cost almost 76 thousand rubles. There are tickets for the second half of the month for 13 rubles. The same picture is in July, but there are no problems with August.

Direct flights from Yakutsk to Moscow are now available from Aeroflot. A ticket for June will cost at least 21 rubles, with only two to seven tickets left for such flights. In July and August, the minimum price rises to 317 thousand rubles, only on the final days of summer a ticket can be bought for 37 25 rubles.

“Given that this situation arises every year, the question arises: does the Ministry of Transport work for us, is it studying this question and is it going to take any measures? It is easier and cheaper for Far Easterners to fly abroad than to Moscow. At the same time, the demand for western direction among residents of the DFO regions is increasing: people are going to visit relatives and study. Workers go to the Far East from the west for large construction sites, shift workers — the flights are loaded, and no one takes action, ”said Valentina Aseeva.