The region of the Russian Federation, the most remote from the capital, became a little closer to the "mainland" after the publication of a modern guide to the Chukotka Autonomous District. The publication combined up-to-date information on the region's economy and its tourism opportunities. 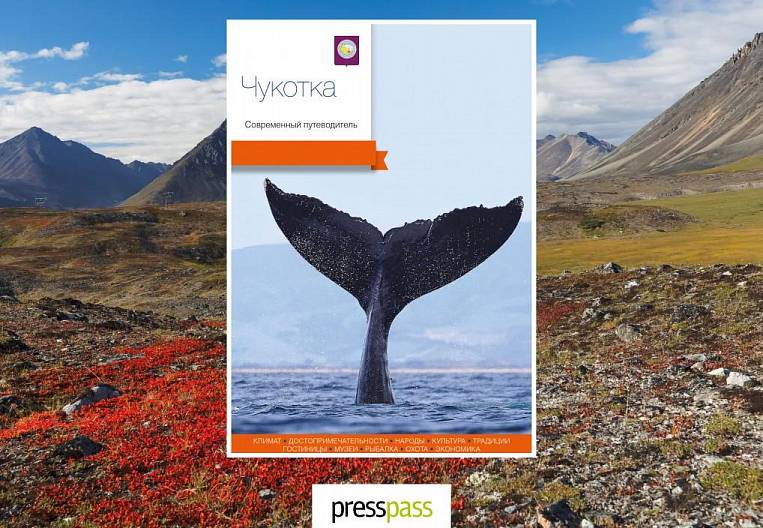 The journey through Chukotka is the limit of the dreams of many tourists from all over the world. Probably, only here you can simultaneously see with your own eyes untouched endless Arctic expanses, walk along stony hills, observe unique animals and birds and join the ancient and original culture of the indigenous peoples of the North.

Despite the positive introductions, until recently among residents of Central Russia, a trip to Chukotka was poorly associated with tourism. In the region there is a shortage of permanent roads, aviation because of the harsh climate operates on actual weather, and navigation is only available a few months a year. Such conditions greatly complicate and limit the tourist opportunities, and the cost of permits grows in an indecent number of zeros.

However, from year to year the situation is changing for the better: air tickets for flights within the region are subsidized, new tourist routes are opened, accessible to a wide audience, transport and tourist infrastructure is being updated. Against this background, the appearance of the guide seems to be a logical step aimed at attracting the attention of the audience to the region, according to a number of criteria, is unique.

The guide, prepared by PressPass and presented at the Third Eastern Economic Forum in Vladivostok in September this year, is intended to tell the general public about the development potential of the Chukotka Autonomous Okrug, to create an impetus for attracting tourists from the regions of Russia and from abroad.

The publication includes up-to-date information about the sights of Chukotka. To date, this is the only printed edition of the region that contains not only an overview of natural and cultural sites, but also actual information about the economy and infrastructure, accessible tourist routes and transport links, as well as bright and understandable geographical patterns for tourists.

The book was prepared with the support of the Government of the Chukotka Autonomous Okrug and is preceded by a welcoming speech from the regional governor: “Come and admire the mountain landscapes and the unique transparency of rivers and lakes, enjoy the purity of the polar air and the cosmic beauty of the northern lights. Feel the real spirit of the North, try yourself as a resident of a traditional yaranga, ride a dog sled, taste the meat of a whale and a walrus, ”Roman Kopin addresses his readers.

The authors of the guidebook emphasize: the most distant subject of the Russian Federation has a rich set of attractions attractive from a tourist point of view. Here, for example, is the easternmost point of the country, the northernmost and easternmost city and even the only nuclear power plant in the world built on permafrost.

"It is difficult to travel around Chukotka, but it is possible. A trip to this region will give every tourist an unforgettable experience. A detailed illustrated guide, full of informative exposures and schemes will help you plan your trip, understand the abundance of excellent categories and attractions and find your ideal route, "notes Alexey Litvinov, general manager of PressPass.

The authors of the book collected all the information on extreme, ethnographic, ecological and health-improving tourism in the territory of the Chukotka Autonomous Okrug inside the directory full of amazing author's pictures, drawings, diagrams and plans. Detailed information about the sights is interspersed with cognitive information about indigenous peoples, key events and festivals, culinary traditions, entertainment, climate, flora and fauna.

The staff of the publishing house note that journalists, local historians, historians, employees of nature reserves and reserves took part in the preparation and compilation of the guidebook. Local bloggers shared their knowledge of the native region. The publication is intended for everyone who plans a trip around Chukotka, is interested in the history and geography of the Autonomous Okrug.

"Deciding to travel to the end of the world is quite difficult. The organization of the trip will require some strength. However, with our book in hand, the reader will be able to travel to the arctic tundra and admire blinding snow hills, northern lights and wild animals without leaving home. This experience, of course, will charge you with energy and make you go quickly, "- says Alexei Litvinov.

Traveling to Chukotka is really an adventure that starts right at the airport. Perhaps, this is the only one of the regions of the country where you may need a helicopter to move from the runway to the city! The capital of the Chukotka Autonomous District and the airport are located on opposite sides of a wide estuary. In winter, ice is pierced by a winter road, which usually operates from February to May, in summer there is a boat running between the coasts, and in the off-season it is possible to cross the barrier only through the air.

Despite all the difficulties to meet with tourists, the region is ready today. Anadyr is one of the most comfortable northern cities in Russia. There are several hotels here and even a modern hostel, there are also many shops and cafes. Tourists going to Chukotka can see something that can not be found more never and nowhere. The tour program usually involves visiting Wrangel Island with polar bears and musk oxen, "Whale Alley" on the island of Yttygran, Cape Dezhnev - the easternmost point of Eurasia and Cape Navarin - the most stormy place in Russia. The program complements the visit to national villages and an acquaintance with the culture and way of life of the peoples of the North who live here in the same way as their ancestors lived hundreds of years ago. Get to the sights can be different types of transport from passable cars to cruise ships - the market has a solid list of worked out tourist routes.

A guide to Chukotka, prepared by PressPass in Russian and English, supplemented the series of illustrated guidebooks on the regions of the Far East of Russia "Face to the sun!". Earlier in the series, books on the Far Eastern Federal District were published (this year the book was republished and supplemented by the Baikal region), Yakutia, Kamchatka, Magadan and Sakhalin regions. All books are available for sale in major bookstores and online stores.