Chitins offered to blame themselves in smog

The Chita administration is confident that the main share of air pollution in the city falls on cars and the private sector, smoke from which mercilessly settles in the foundation pit, where the capital of Transbaikalia is located. Already now there is a hint that people poison themselves, but, for example, a thermal power plant, nothing to do with it. 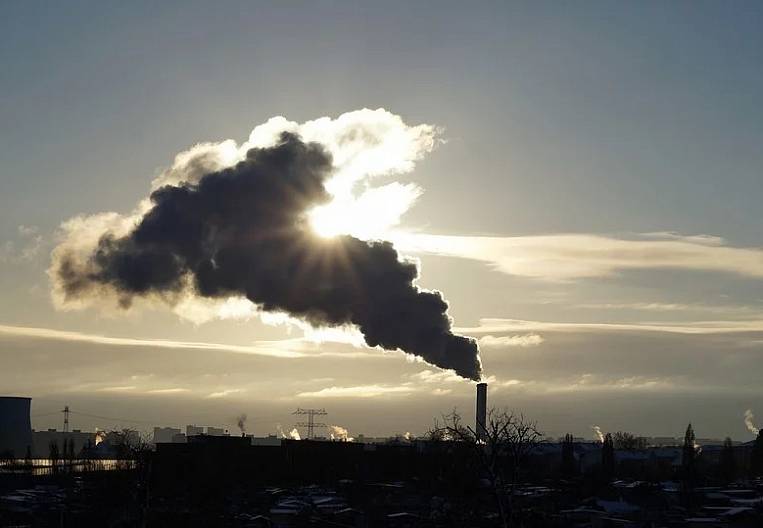 The deputy head of the administration of Chita, Konstantin Suzdalnitsky, responding to questions from citizens about air quality, said: the fault is with the private sector, cars and the location of Chita. From his answer it follows that in the Central and Ingodinsky parts of the city there is the highest level of pollution, although the main heating boilers are located in the Chernivsk district and the eastern part of the Ingodinsky district. A significant part of air pollution is contributed by private sources of pollution, i.e. boiler houses, shops.

There is no question at all that emissions from a thermal power plant, which is the main source of heat supply to houses, can be a source of pollution. However, if everything were as Suzdalnitsky claims, the residents of the Chernovsky district would simply suffocate from the year-round smoke. At the same time, those who are far from these pipes are suffocating in the city.

In order to once again understand the sources of the city’s pollution and decide whether gas is needed after all, Trans-Baikal activists, scientists, energy experts, representatives of regulatory bodies and authorities gathered at a “round table” that organized the regional branch of the All-Russian Popular Front in the Trans-Baikal Territory.

During the discussion, it turned out that the main substance of the MPC which, according to some sources, is exceeded by 50 times - benzopyrene. As it turned out, it stands out at low combustion temperatures - from the private sector, boiler houses, vehicles. At thermal power plants at high temperatures, this compound burns out.

However, environmentalists say that benzapyrene is a product of low-efficiency combustion, and if local boiler houses “supply” the bulk of it to the air, we cannot say that the CHPP has nothing to do with it. In total, the activities of thermal power plants, boiler houses, car exhausts lead to the fact that the MPC of benzopyrene in the air of Chita is exceeded. At the same time, hydrogen sulfide, phenol, nitrogen dioxide and formaldehyde are mixed with it - this is the mixture that residents of the regional capital breathe daily.

According to statistics, residential development in Chita and its environs, not connected to the district heating system, reaches 13 thousand houses. In addition, a number of private enterprises (service stations, workshops, etc.) use their own sources of heating. Road transport also contributes - today in Chita there are 98 thousand registered units of vehicles.

The Ministry of Natural Resources of the Territory is now monitoring the industrial complex and vehicles, but they do not monitor emissions from the private sector and boiler houses of small businesses, there are no official statistics on them, as well as an objective assessment of all sources of pollution.

And about. Svetlana Trofimova, head of the regional Ministry of Natural Resources, noted that large enterprises like the Trans-Baikal Railway and TGK-14 are carrying out a wide range of measures to reduce emissions. Inspections are regularly conducted on them, which show that emissions from these enterprises are reduced. Therefore, you need to pay attention to smaller enterprises. The deputy head of the administration of Chita, Konstantin Suzdalnitsky, agreed with this.

“To improve the environmental situation, it is necessary to close a number of low-efficiency boiler houses, such as Shilova, Verkholenskaya, 41 quarter of the Siberian Military District. Projects are almost ready for implementation. In total, there are about 300 boiler houses in the city; at present, passports of these objects are being compiled. In addition, a large percentage of air pollution from buildings with stove heating. There are more than five thousand apartment buildings with stoves in the regional capital alone. The resettlement price is 20 billion rubles, ”said Suzdalsky.

The participants in the round table decided to send requests to the regional administration to take into account the private sector and all unauthorized boiler rooms in the consolidated calculations carried out under the Clean Air program, tighten control over private enterprises using their own heating sources, and develop regional regulatory documents governing commissioning such facilities and responsibility for their operation. At the same time, there is no talk of the need for gasification of Transbaikalia. Although understandable, for several decades the local thermal power station used coal, and switching to gas would mean almost replacing equipment and spending a lot.

The deputy of Chita, Konstantin Ulanov, proposed to send the governor of the Trans-Baikal Territory a proposal to reduce the tariff for electricity so that the smoke from the stoves in the city becomes less.

“I would like to add that in addition to gasification, since it will be unprofitable for many, it is necessary to reduce the electricity tariff. Maybe connect to Irkutsk. Let it be a little more expensive than ours, but cheaper than ours now, ”Ulanov said.

However, the chairman of the City Duma, Yevgeny Yarilov, opposed it, other deputies supported him, and the proposal was sent for revision. At the same time, the parliamentarians admitted that they would not be able to cope with the problem of dirty air in the city on their own - the help of the regional authorities was tedious.

“We have developed an appeal to the governor, as the city will not be able to cope with the smog problem on its own,” said Maxim Arshinov, deputy chairman of the housing and communal services committee.

Another deputy of Chita, Aleksey Musorin, proposed a number of solutions to remove the city from the zone of ecological disaster. According to him, with the help of point solutions, smog over Chita will not dissipate, so a whole range of solutions is needed.

“First of all, among the population it is important to conduct a broad information campaign on air pollution. And with the involvement of volunteer teams. The negative impact of harmful emissions should be known in schools, universities, on city streets, enterprises. It is necessary to explain to citizens about the harmful mechanism of exposure to the main harmful substances contained in the air. Why is this necessary? To maximize the involvement of the population in the environmental problem. Public activists should control those enterprises and the private sector from which pollutants are emitted, ”said Musorin.

Since the quality of the boiler houses remains an unresolved problem, the deputy suggested transferring them from layer-by-layer burning of fuel to a forced low-temperature fluidized bed.

“This will solve the problem of minimizing slag waste and emissions of sulfur and other harmful gases, increase the efficiency of boilers, compared with boilers with layer burning of coal. To date, more than 19 boilers with layered coal burning operate at 14 municipal boiler houses serviced by TGK-60 in Chita. It is also necessary to install and reconstruct dust-and-gas cleaning equipment at enterprises carrying out harmful emissions, to monitor the condition of such equipment, because everyone knows that in case of untimely replacement of sorption material, emissions become even more toxic. In addition, I propose to control the quality of coal imported into the territory of the region, as well as to tighten control over the quality of fuel and the content of harmful emissions directly in the source of these emissions, ”said Musornin.

The deputy proposed a set of measures with regard to road transport, including tightening emissions controls, reducing the transit flow of nonresident vehicles - the speedy restoration of the bridge destroyed by flooding across the Chita River.

“The population is also suffering from forest fires. As measures to prevent and combat fires, it is necessary to install additional surveillance cameras for the forest, ”the deputy suggested.