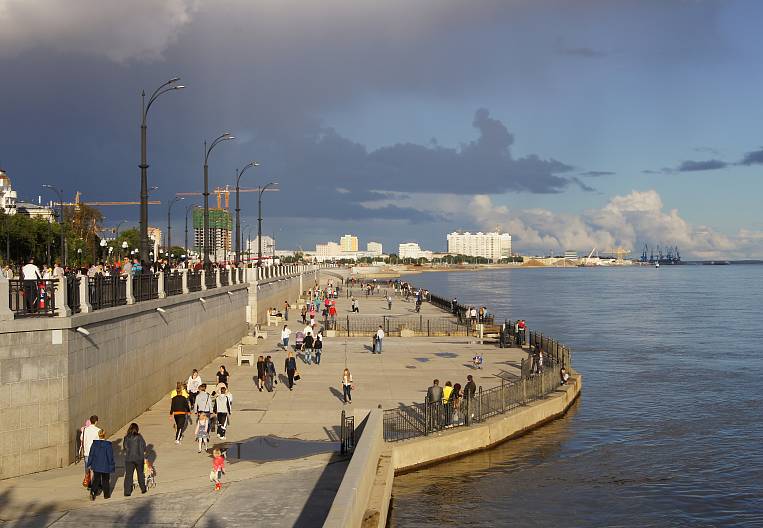 Rostislav Turovsky, Vice-President of the Center for Political Technologies, continues to talk about fiscal policy in the DFO regions.

In 2013, it became clear that the Far East is a kind of protected article of the federal budget: if transfers across the country fell by more than 6%, for the Far East they increased by 28,8%. Nevertheless, in the situation in 2013, the Far East was “helped” by misfortune: the center was forced to subsidize overcoming the consequences of a catastrophic flood, and therefore the sharpest growth in transfers was noted in the Amur Region, the Jewish Autonomous Region and the Khabarovsk Territory. Therefore, one should not say that the federal center, even in the worst national situation, will increase funding for the Far East. This will be clear at the end of 2014-15.

Among the Far Eastern regions, the most unstable are the situations with federal funding of Chukotka and Primorsky Krai. Chukotka, as it is already clear, has one of the most volatile budget histories in Russia. Transfers to this region more than halved in 2010, then increased by 60% in 2011 and then gradually decline. Primorye received huge federal money in 2009 (more than 50 billion), and all subsequent years transfers to this region decreased - to almost 22 billion in 2013. The growth of transfers, on the contrary, was constant in Yakutia, which became the largest recipient of federal financial aid in Russia (over 72 billion in 2013), and the Khabarovsk Territory (up to 34,6 billion in 2013). The rest of the regions had recessions, and in very different years, which, obviously, was determined by the current conjuncture of the implementation of certain projects.

A clear change in the trend occurred on Sakhalin, which is an example of the most successful region of the Far East in terms of increasing its own revenue base in the process of implementing fuel and energy projects. Therefore, the federal center consistently reduced its funding to 2011, inclusive (when there was the sharpest decline - by 40%), but then began to gradually increase the volume of transfers, which is partly due to the implementation of the Kuril FTP.

As is already clear, the regions of the Far East are highly subsidized, and some of them are among the most subsidized subjects of the federation (Table 5, data on consolidated budgets, ie taking into account local government). In particular, the federal authorities actively subsidize the remote northern regions, where Russia has the highest costs of economic activity. For this reason, most federal money, as already mentioned, is received not only in the Far East, but throughout the country, Yakutia, and depending on federal transfers, Kamchatka and the Magadan Oblast are among the Russian leaders.

In the Far East, in terms of the level of subsidy, starting from 2009, Kamchatka Krai is steadily leading, in the budget of which the share of gratuitous transfers exceeds 60% (and in the first half of 2014 it reached a record 68,4%). This was preceded by the situation when one of the most subsidized regions of Russia was the Koryak Autonomous District, which united with the Kamchatka Oblast. Obviously, Kamchatka is in a similar situation due to its weak own revenue base and high infrastructure costs. In some years, more than half of their incomes (or slightly less, as now) were received from the federal budget by the economically backward Jewish Autonomous Region. About 45% of revenues come from the federal budget, filling the budget of the Magadan region (but more than half of them were in the past (for example, in 2008-10). A high level of subsidy, exceeding the average for Russia, is different in Yakutia, the Amur Region and the Trans-Baikal Territory, Chukotka. Impressive, given the small number of people in remote regions, the figures of the amount of donations per capita that in Kamchatka amounted to 2013 118,5 thousand rubles, and in Chukotka 107,7 thousand. These figures are great in the Magadan region (83,3 thousand) and Yakutia ( 75,8 thousand). The most modest against this background is the Primorsky Territory, for each inhabitant of which 11,2 thousand rubles are accounted for. Federal transfers.

On the contrary, in essence, the only example of a region that has practically overcome the subsidy dependency is Sakhalin in the Far East. For example, in 2008-10. the share of transfers in its budget still exceeded 20%, after which it plummeted, making up 2012-13. less than 10%. In the first half of 2014, it is clear that the center practically ceased financing Sakhalin, since the share of non-repayable payments amounted to record low 2,1%. At the same time, such financial “freedom” should not at all please the Sakhalin residents. Recall that the Federal Target Program for the socio-economic development of the Kuril Islands is implemented in the region, which, although significantly inferior in terms of financing the “main” Far Eastern Federal Target Program, is of great importance for remote island territories.

As for the two key regions of the Far East, the Primorsky and Khabarovsk Territories, they are large recipients of federal aid, but they also have quite good own incomes. For this reason, the level of their subsidies is noticeably lower than in other regions of the Far East (not counting Sakhalin), but more often than not it still exceeds the average Russian. It is not surprising that in 2009, the subsidy of Primorye exceeded 50%, but this was a special case. To date, it has dropped to more modest 20%, which is comparable to the Khabarovsk Territory (but its subsidies, on the contrary, increased in 2013 in connection with federal assistance to combat flooding).