“It will be good, but not always and not for everyone”

Russia is beginning to get out of coronavirus restrictions, regions are counting the number of sick, dead and recovered, and economists are counting losses. Experts predict the subjects of the Far Eastern Federal District an early recovery, but not to all - there will be losses, and some will have large ones. 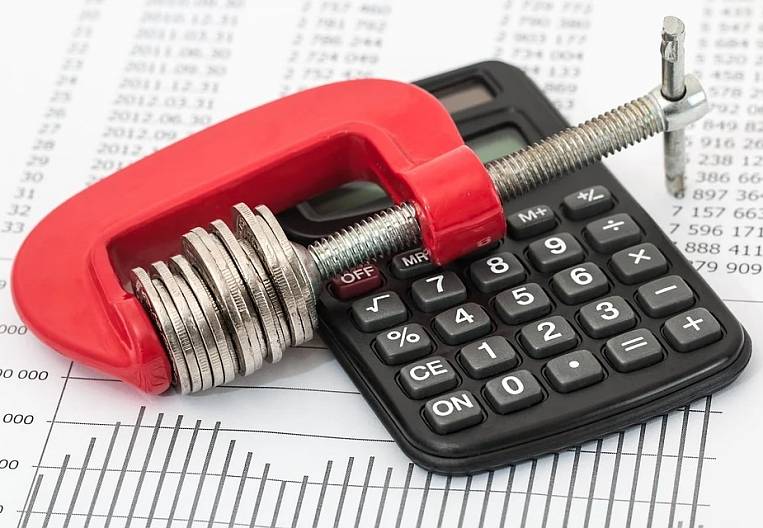 Alexander Abramov, professor at the Department of Mathematical Methods in Economics at the SHEN FEFU, notes that it is not entirely correct to talk about a single economy in the Far East - there is simply no single territorial-production economic complex in the Far Eastern Federal District. There are eight economies that are very weakly interconnected by supply and participation in production chains. The ties of each economy with the central part of the Russian Federation are much stronger than between the regions. This can be seen with a simple example: residents of Kamchatka fly to Moscow or St. Petersburg more often than to the geographically close Vladivostok. Therefore, two interconnected crises: pandemics and economic, will have different effects on the regions of the Far East.

“In some regions of the Far Eastern Federal District, for example, financial institutions occupy a large share, in others - the hotel business, communications,” explains Pavel Minakir, scientific director of the Institute for Economic Research, Far Eastern Branch of the Russian Academy of Sciences. - For enterprises located in the Khabarovsk and Primorsky Territories, to a lesser extent, in Yakutia and Sakhalin, the impact of the economic downturn is felt more strongly. These territories, to a greater extent than the rest, are associated with interregional turnover of products and rely on trunk modes of transport. In other regions, the economy is tied more to local markets. How the crisis will affect them depends rather on the situation in the subject, but it is very different. ”

One must be aware that losses are not "spread out" entirely in the economy, the expert says. More than others suffered trade, transport, pharmacies, financial institutions, communications, utilities. There are quite working sectors: mining, processing industry, including small and medium-sized businesses, which relates to production.

At the same time, the economy is a complex system in which a huge number of interconnections are not always obvious and immediately manifest. Therefore, in order to calculate how much the economy of a particular region suffers in general, it is necessary to calculate the specific gravity of each industry in the GRP.

For example, the structure of the economy of the Primorsky Territory, in contrast to Yakutia or Magadan, where industry is developed, depends on transport, logistics and trade by as much as 42%. This is a service economy, to some extent quite modern.

The collapse occurred in the areas of retail, tourism, hospitality, passenger transportation, which are associated with fast exchange operations. But in general, these components are not so significant from the region’s economy.

“They talk a lot about the affected trade, which undoubtedly dipped. But you need to understand how much? - notes Alexander Abramov. - The fall affected retail trade, while in Primorye three-quarters of the trade was wholesale (and two-thirds are fuel). Much depends on how the sectors where this fuel was supplied, say, for bunkering ships, develop. It is important what will happen to maritime transport. It is worthwhile to understand that wholesalers work on long-term, insured contracts. But force majeure, defaults were not announced in Russia, contracts, as before, work. ”

Something depends on the situation in foreign markets. Apparently, the export of coal, fish products, forests, food to the countries of North-East and Southeast Asia will continue. However, in the structure of the economy this component is also not very significant - only 5-6%.

The economy of the Far Eastern Federal District, especially the raw materials sector and trade, is strongly tied to relations with foreign neighbors, primarily with the Republic of China. The fall of the Chinese economy is pulling us down. However, Academician Minakir does not see the apocalypse here and suggests turning to the facts.

“Of course, the closure of the border with the PRC, the introduction of quarantine measures have affected the regions of the Far Eastern Federal District,” the scientist points out. “But China is quickly recovering.” Yes, the first quarter was a failure, but not globally. In the remaining months, about 4% of growth in the Chinese economy is projected. Only the first signs of recovery in China and expectations for some European countries have already become a powerful signal for commodity markets, where demand is growing. ”

In recent years, the economy of the Far Eastern Federal District has received considerable investments, including thanks to residents of the free port of Vladivostok and territories of priority development. Apparently, their significance will not fall.

“Various preferential regimes have little to do with the current global challenges,” says Pavel Minakir. - Of course, there are also influenced by a pandemic, but TOSED is a production site where mining, processing, agriculture, and logistics are mainly localized. These enterprises, for the most part, continue to operate. ”

According to Alexander Abramov, the future of economic growth and investment in the Far East depends on the Russian state - foreign investments should not be expected. In this regard, specific credit and tariff policies in relation to the region are of particular importance; as well as personnel, budgetary policies. Suppose if a region invests in a certain sector (housing), then the business will invest there. Where the state invests, there are guarantees, including political ones.

However, at present, it will be difficult for state structures to invest: the federal, and especially regional budgets, which in the best years, all in the Far Eastern Federal District (except Sakhalin), were subsidized, are experiencing difficulties. Many enterprises ceased to work, while others reduced production. In particular, in April, ALROSA Group, the world's largest diamond mining company, almost stopped the sale of diamond products.

Total sales in April fell more than 20 times year on year to $ 15,6 million. Revenues from sales of rough diamonds to third parties amounted to $ 13,1 million, decreasing by 91,2% for the quarter and by 95,9% in annual terms, revenue from sales of diamonds decreased by 41,5% and by 17,2% to 2,4 , 919,8 million dollars. In total, in the first four months of this year, sales of ALROSA diamond products amounted to $ 894,4 million in value terms. At the same time, the total value of rough sold in January-April amounted to 25,4 million, and diamonds - $ XNUMX million.

ALROSA Deputy General Director Yevgeny Agureyev explained that the restrictions imposed on the fight against coronavirus and the drop in demand for diamond jewelry have minimized the sale of diamonds and diamonds on all world markets. Agureyev’s words that “the restrictions and difficulties that the market has encountered are temporary in nature” serve as little consolation.

Meanwhile, for Yakutia, ALROSA is one of the budget-forming enterprises. Natalia Zubarevich, a professor at the Department of Economic and Social Geography of Russia at the Geography Department of Moscow State University named after MV Lomonosov, doctor of geographical sciences, commented on EastRussia's disappointing picture of the state of the region’s finances in the coming months.

“The tax and non-tax revenues of the republic administered by the Federal Tax Service increased in April 2020 compared to April last year by 19%, from January to April, revenue growth of 23%,” says Natalya Zubarevich. - But, this is all due to the strong growth of income tax (+ 63%), which was paid according to the results of 2019, advance payments. In April, personal income tax fell by 13% - many jobs were left, enterprises are having difficulty paying salaries. The failure on income tax and other taxes will be revealed later, in the second quarter and it will be the most powerful. Other regions have already “crumbled”, in Yakutia this will simply happen later. The "hangover" has not yet occurred, since "alcoholism" is not complete. The blow to the republic’s finances will be double - “diamond” and “oil and gas”, enterprises of the raw materials industry are losing profits. ”

According to Pavel Minakir, the drop in gross domestic product in the macro-region in April alone amounted to about 100 billion rubles - a figure comparable to the amount of Primorye’s own budget revenues.

Indirectly, a general decline in demand to varying degrees affected almost all sectors. If transport is bad, then the energy sector suffers. Retail has stopped - orders have stopped for industry, which has nowhere to supply products. Industry is skidding - demand for raw materials is declining. The general decline in economic activity reduces the demand for commercial loans.

“The fall will be significant - the GRP of the Far East will lose 25-30% by the end of 2020,” said Alexander Abramov. - These figures will be distributed completely differently in different regions. At the same time, the probability of my forecast is about 40%. This will happen if the current negative trends continue and transport, logistics, and wholesale trade begin to fall. If growth starts in June, the indicators for the year will be less pessimistic. ”

But we have already been taught to believe that a crisis is not necessarily a bad thing. As for the economy, enterprises are releasing resources that can be directed to other channels. And now, as experts hope, businessmen are studying the market in search of new niches. In addition, not all old niches will “collapse”. It is clear that the strongest will traditionally survive.

Professor, Chairman of the Board of East Point Group of Companies Sergey Mitrofanov believes that if all the affected sectors recover, then centralization will occur - large players will absorb small ones. In any case, large companies find it easier to survive the lack of revenue. Large, replacing small ones, will be able to manage prices, which will push consumers to a more rational use of funds.

“In the Far East, a service economy has developed, which is going through difficult times. Major changes are expected, ”says Yuri Avdeev, director of the Asia-Pacific Institute of Migration Processes. - Those companies that have the largest reserves will survive, the largest, the "trifle" will die. The point is that there is a test for consistency. The question is, how much are you in demand and necessary? We have a large part of the business - a desk, pen, telephone. If this does not happen, there will be no tragedy. ”

In Avdeev’s view, the future lies in the symbiosis of large and small business, which we have not yet observed.

“Now small enterprises will realize: their success depends on ties with large business. A large entrepreneur, in turn, will be as successful as he can tie a small business to himself. Two-way traffic will be required. Will the authorities of the Far Eastern Federal District be able to push large businesses to work with small ones? ” 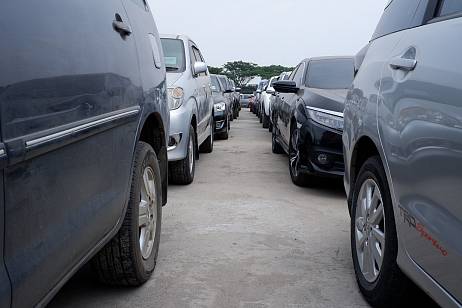