Throw an ax, run for a stick

Living in difficult climatic conditions and traditional activities - hunting, fishing, reindeer husbandry - require residents of the northern territories to be in good physical shape. Since ancient times, indigenous peoples have trained to be strong, resilient, fast and agile. For training, improvised means were used: sledges, sticks, ropes. Simulators were also fishing tools - boats, bows, axes. Centuries have passed and these classes have turned into competitions, which can be called a small Olympics of the northern peoples. 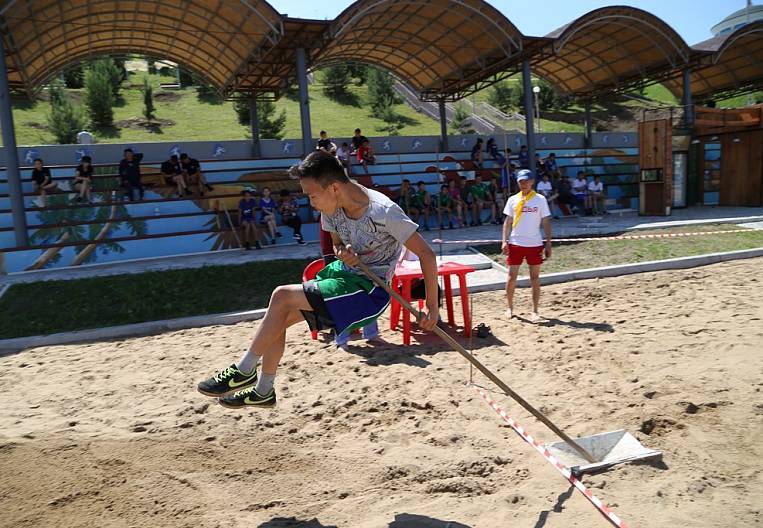 Inhabitants of cold territories could show their strength and dexterity not only on hunting or fishing, but also on traditional holidays. Competitions in the triple national jump, running with a stick, jumping over sledges, throwing tynzyan on a trochee, as well as an ax on a distance, became their part. Later it helped to develop the rules for various national sports, to form a refereeing system. Now the northern all-around is an official sport in Russia, which has won fans among representatives of different nationalities.

You can compete in individual forms, as well as in the all-around system. Now this sport is cultivated in all the northern territories of Russia - from the Murmansk region to Chukotka. Interest in it is also shown outside of Russia - in Canada, Norway, Finland, Sweden.

Throwing an ax at range

The ax has always been in the arsenal of hunters, fishermen and reindeer herders, so he could not help but fall into the number of sports equipment of the northern peoples. According to an old legend, once a reindeer herder admired the flight of swans over a camp and began to look for an object that could fly into the sky like a bird. It was here that the hatchet caught his eye. The reindeer breeder cut his hand so that it looked like a bird’s wing and launched it into the sky. He flew far, far away. After that, launching axes at a distance became a form of competition.

Now they use hatchets for competition, weighing at least 350 grams. Before the competition, the projectile is weighed so that all participants are in equal conditions. Hatchets, which are made by eminent masters, are thrown only on a prepared level ground to prevent injuries to competitors. Sometimes axes fly away more than 100 meters.

Each athlete is given three attempts and three minutes for each approach, the best result goes to the final standings. The attempt is counted if the thrower fulfilled all the conditions: did not intercede for a special line, launched a shell at the command of a judge, threw an ax into the limits of the throwing corridor.

To catch one deer from a thousand-horned herd, the shepherd needs a few seconds and a lasso, which small peoples call Tynzyan or Maut. Northern peoples have been working with him since childhood. Tynzyan throwing was originally an exam for reindeer herders, and then turned into a sport. Each shepherd weaved a lasso himself, cutting thin strips in a circle from deer skin. Handwork is valued dearly, so now athletes buy such Mauts in the federations of northern all-around or give them for victory in competitions.

Now, no reindeer are brought in competitions - they are replaced by trochees - a special wooden stick three meters high, which is placed on a special stand. The participant is given three attempts, while in each throwing continues until the first miss. This is one of the most difficult disciplines of the northern all-around - the 30-meter lasso is thrown from the line of a circle with a radius of 15 meters for men, 12 meters for women and 10 meters for children.

Sledges are one of the main vehicles of the northern peoples. These are narrow long sledges designed for sledding from dogs or deer. Previously, they were used as barriers to training. Later it turned into a sport.

Nowadays they use sled models for competitions. They are made of wooden blocks. The sizes of adult sledges are 50 cm in height, 120 cm in length, 50 cm in width from above, 70 cm in width at the base.

Athletes jump with two legs, as in other disciplines, the participants have three attempts. Having overcome ten sledges, the jumper turns and continues to pass obstacles. Doing this is allowed until the first mistake, so athletes can jump for a very long time. Sled jumping records are even listed in the Guinness Book of Records. For example, at the Russian Championship in 2012, an athlete from the Magadan Region Yana Saulenko jumped through the 520 sled. 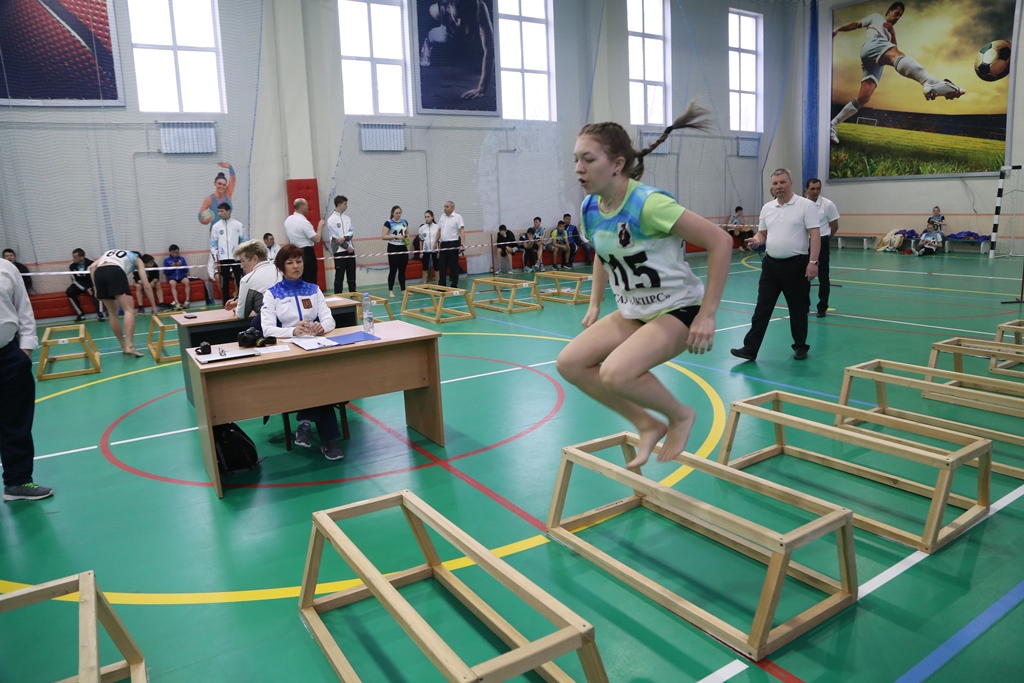 “A very spectacular sport. To get the title "Candidate for Master of Sports" you need to jump through 300 sled. It seems to be very difficult, but the athletes are coping. We have an 16-year-old guy, Pyotr Digor, who had high hopes, hopped through the 300 sled, fulfilled the CCM standard, ”says Olga Kile, president of the regional public organization Khabarovsk Regional Sports All-around Federation.

Northern peoples even have a legend about the appearance of a triple national leap. She talks about how once he saved a hunter from a wolf pack.

“Having gathered all his strength, he immediately jumped with two legs to the first stone in the river, from it to the second, and then to the shore, and remained alive. Since then, they began to learn to jump in three jumps, pushing off with two legs at once, ”the legend says.

Until now, the jump is performed by pushing with two legs without stopping. In this case, the athlete can choose whether to perform a jump from a place or from a running start. The result is determined by measuring the distance from the bar of the initial repulsion to the nearest point where the participant touched the ground upon landing.

The stick for the northern peoples has always been an assistant in the campaigns: it helped to overcome steep slopes, deep ravines or mountain sections. It also helped relieve tension from the shoulders and lower back during long walks - it became an additional support.

Since sometimes in the taiga or tundra they also had to run, the northern peoples competed in speed and dexterity. Now athletes compete in single, doubles and even group races. The only difference is that there is a given distance, and instead of the usual stick found in the forest, a ski stick is used mainly.

In the Khabarovsk Territory, we have gone further and, in addition to the traditional winter competitions, they also hold summer ones. Participants compete in ten forms: rowing on their own boats and gutters, archery, running with a stick, jumping “Tomyan”, pole vault, weightlifting, national all-around, wrestling, tug of war and the game “Chakpan”.

These types of competitions are traditional for the peoples of the Amur region, therefore, competitions in them are held only in the Khabarovsk Territory. Both men and women participate in boat races made in accordance with the same principles as several centuries ago. The distance for men is two km, and for women - one km. If during the race the oars break or the boat is damaged, the participants leave the race, but the rules do not prohibit taking a pair of spare oars with them.

The peoples of the Amur Region are famous arrows, they are said to say that squirrels fall into the eye with 500 steps. Concerns the accuracy of shooting, not only from a gun, but also from a bow. Now, participants use homemade bows or factory bows, but without special technical equipment. Athletes need to hit an 10-circular target with a diameter of 100 cm. Men shoot from a distance of 25-30 meters, women - 15-20 meters, boys - 20 meters, girls - 15 meters.

“We don’t have sports schools in northern all-around. Children study in ordinary schools, train their enthusiasts - people who want to preserve their traditions and culture. They also act as judges in competitions, ”says Olga Kile.

Like in winter, in summer it is not complete without jumps, but the summer “tomyan” has its own peculiarities: unlike the triple national jump, this one is performed on one leg. Another kind of jump is with a pole in length. In this discipline, a stick helps push off and jump as far as possible, not higher, as is the case with the classic pole vault. 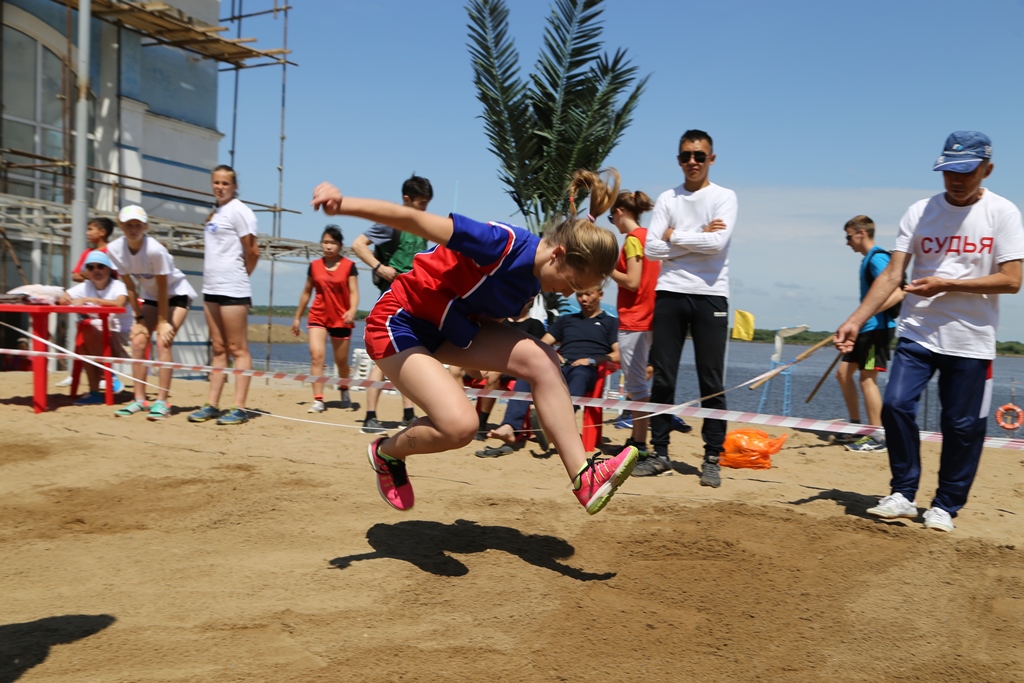 An athlete can show his strength in weightlifting. To do this, use an athletics hammer weighing 7,257 kg with a shortened cable and handle, or a homemade projectile. The younger the competitor, the lighter the projectile: five kg for boys 14-15 years old, three kg for boys 12-13 years old. The main thing in these competitions is to throw the shell as far as possible. First, the athlete swings it between his legs, and then throws it with one hand into a special sector.

The peoples of the Amur region turned the traditional Russian fun - tug of war into a real competition. This is a competition of teams, which include six people. They pull the 20-meter rope, those who have pulled rivals to their side win. Another way to show strength as well as dexterity is to compete in national wrestling. It looks like a classic one, the main task is to make the opponent fall on his back, touch the ground with both hands and knees at the same time, or touch the “carpet” with his shoulder blades. You can win at the expense of points earned during the receptions. Fights are spectacular and interesting, but there is often no one to watch them. 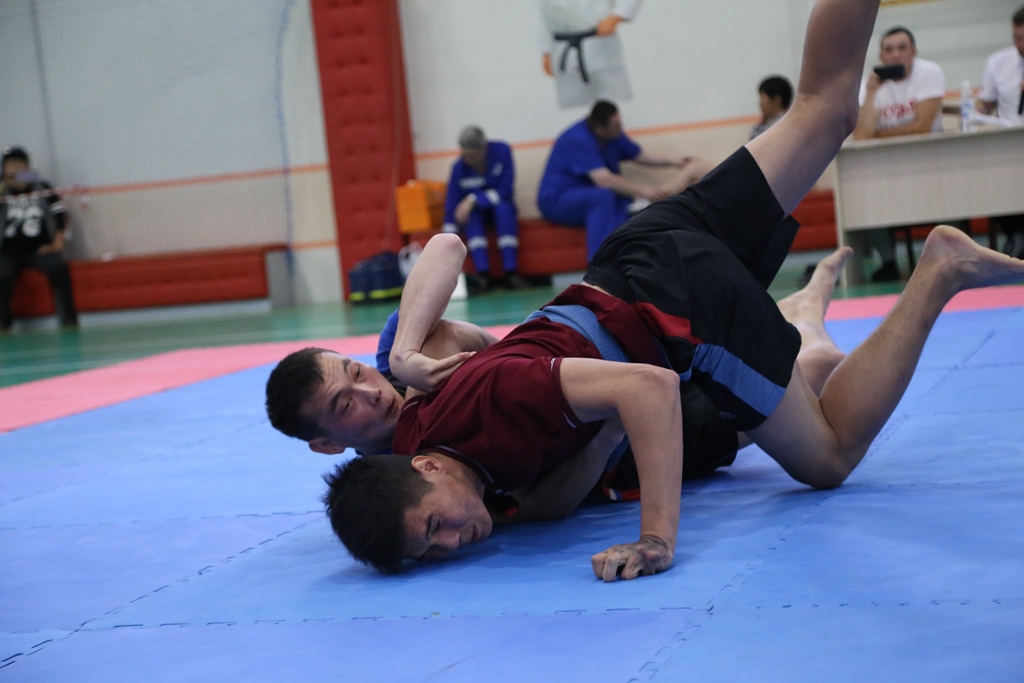 “Previously, the competitions were held in different regions of the region, but after tightening the requirements for the venues of official competitions, the districts could not accept them - there are no placements matching the criteria. Now the competitions are held in Khabarovsk, but a problem has arisen: there are conditions, but there are no spectators. We hold competitions for ourselves, but we really want as many people as possible to learn about them, ”explains Olga Kile.

The peoples of the Amur Region consider their pride the national game “Chakpan”. This is a distant relative of volleyball. Two teams of five people are participating. The ball is made of grass or a piece of a bump, which is tied with a rope. Such a shell is not caught with hands, but with chakpanas - sticks with a split end. The playing field is divided into equal sections (boundaries). During the game, each team seeks to conquer the opponent’s area. The retreat occurs if the team was unable to catch the grass ball thrown by the rivals on the chakpan. The match takes place in two halves of ten minutes.

“Now many Russian athletes and youth of other nationalities are engaged in northern all-around events. They really like this sport. This year the Russian guys came to the competition, saw and caught fire - they want to study. They especially liked the game "Chakpan", ”says Olga Kile.