Closer to the east 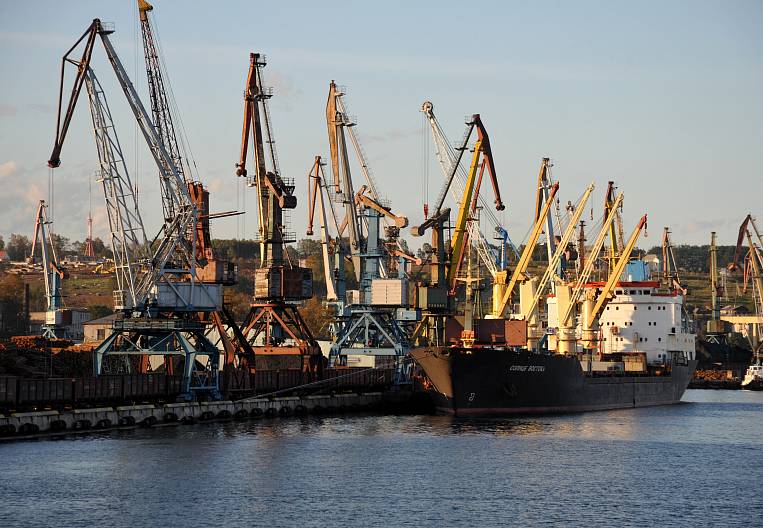 At the end of last year, Russian President Vladimir Putin in his annual message to the Federal Assembly, in particular, said that the tasks for the development of the Far East are "unprecedented in scale, which means that our steps must be non-standard." It seems that the first non-standard steps have already been taken: the day before it became known that in the Far Eastern Federal District it is planned to create a state corporation, OAO Far East, and a number of state-owned companies will change their registration to the Far East. Experts named the first candidates for “resettlement”.

5 February in the government held a meeting, the theme of which was the development of the Far East. The result was the approval of plans to create territories for advanced development with a special tax regime, the emergence of new management structures and the relocation of offices of several departments and state-owned companies "to the site". The goal of the reform remains the same - the effective development of the Far East.

Earlier, the Minister for Development of the Far East, Alexander Galushka, said that for the successful development of the region, not only affordable infrastructure, land and a preferential tax regime, but also an adequate management model are needed. According to the minister, the adequacy of management will be given by the creation of a corporation for the development of the Far East - OAO Far East - a developer, investor and management company of industrial sites created and offered to investors for locating new industries. As well as the creation of autonomous organizations - the Agency for Attracting Investments and Export Support and the Agency for the Development of Human Capital - an institution that organizes the attraction and training of personnel in the Far East for the needs of investors.

In order to improve the effectiveness of management, the powers of the Minsk region will be expanded. This was stated by Russian Prime Minister Dmitry Medvedev.

“If we have created a separate ministry,” he said, “it must have full powers.” Yes, they will coordinate with the core, sectoral, ministries, but the center of responsibility should be there, it is quite obvious.

Eliminate the planned disunity, which, according to the prime minister, hampers economic development, the authorities intend to use the cardinal method - through the relocation of offices of a number of federal executive bodies and state companies to the Far East. About which companies and agencies are being discussed, it is not yet clear: their list will appear in a month. The most likely contender for speedy collection of suitcases is Rosrybolovstvo. In addition, on the eve of Gazprom announced the decision to re-register on Sakhalin a subsidiary of Gazprom Dobycha Shelf.

In general, experts assess positively the idea of ​​moving offices to the Far East, noting the increase in the political weight of the regions and the filling of their budgets. However, there are opinions against such an initiative. Thus, the director of the Institute of Economic Research of the Far Eastern Branch of the Russian Academy of Sciences, Academician Pavel Minakir, believes that the relocation of state-owned companies' offices to the Far East may result in difficulties for the regions.

- In particular, the implementation of the government's initiative can cause a rise in property prices, increase spending on social infrastructure, etc., - the expert believes.

At the same time, the authorities of the country note that greater importance for the development of the economy of the Far Eastern regions will not have the relocation of offices of departments and companies from the capital, but attraction of investors. The government intends to attract capital to the Far East with the help of tax preferences and creation of territories for advanced development, where the business will get the most comfortable conditions comparable to similar territories in the APR countries.

“Tax privileges and preferences as an instrument of indirect regulation are quite effective,” said Olga Vorozhbit, head of the finance and taxes department at the Vladivostok State University of Economics and Services (VSUES). “Moreover, at the municipal level, in the Far East, participants in investment projects are provided with land tax concessions.

Speaking about the creation of territories for advanced development, Minister Alexander Galushka noted that the conquest of the export market in the Asia-Pacific region in the amount of 0,2% will double the gross regional product of the Far East. How many territories of advanced development will be created is still unknown. How their geography is unknown. The authorities of Primorye, for example, plan to create areas of priority development in the region of 12-15. The projects have already been sent to Minvostokrazvitiya. Now the agency conducts their audit.

The authorities of the Khabarovsk Territory also presented their plans for the creation of advanced development territories.

"These are 17 industrial sites, seven land plots for industrial industrial parks," the press service quotes the head of the region Vyacheslav Shport.

According to the Khabarovsk governor, the territories of advanced development may appear in Khabarovsk, Komsomolsk-on-Amur, Amursk and in the Vanino-Sovgavan industrial-transport hub.

One of the investment projects is the construction of a railway bridge over the Amur River on a section of the Russian-Chinese border near the settlement of Nizhneleninskoye. The implementation of this project is associated with the creation of transport and logistics centers in the city of Birobidzhan.

The head of the Laboratory of Environmental and Economic Research of the Kamchatka Branch of the Pacific Institute of Geography, Edward Shirkov, shared his views on possible areas of advanced development in the Kamchatka Territory.

- This is the territory adjacent to the area of ​​the highest tide in the Penzhinskaya Bay. It is possible to build a tidal power station. This is probably the service of the Northern Sea Route, we are talking about the areas of Petropavlovsk-Kamchatsky and Ust-Kamchatsk. And one more direction is the development of aquaculture in the adjacent seas, primarily in the southern part of the Sea of ​​Okhotsk, "the scientist says.

Arunoutov, analyst of Investkafe, does not rule out that in the territories of advanced development processing companies will be represented in several sectors - in petrochemistry, fish processing and pharmaceuticals.

The implementation of the ideas proposed by the government will require serious means. The total investment required for the development of the FEFD is estimated at 3,3 trillion. rubles to 2020 year. Of these, approximately 170 billion rubles will be spent on the creation of development institutions for the Far East. The funds will be spent within the framework of the state program "Socio-economic development of the Far East and the Baikal region", the Ministry of Eastern Development is responsible for implementing it.

To expect the emergence of the first territories of advanced development in the Far East, taking into account the increased attention to them at the highest level, it will not take long. The draft Minvostokrazvitiya is preparing to submit to the government in the very near future.