Tons at the Kolyma refinery 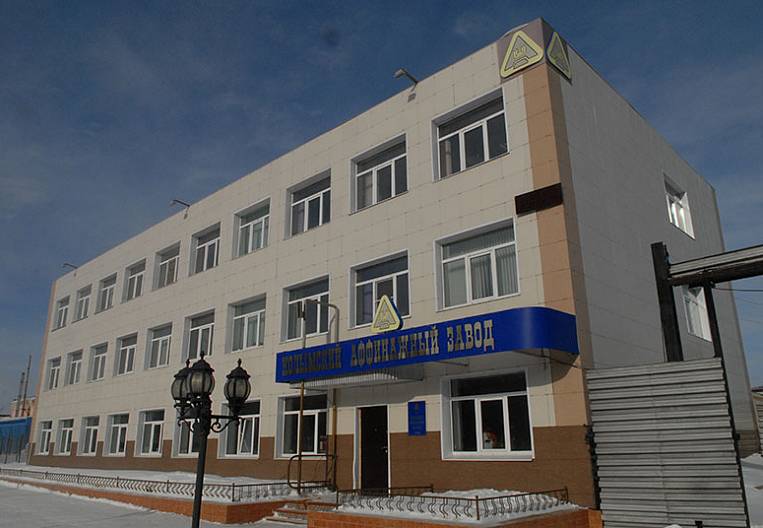 At the Kolyma Refinery (KAZ), bankruptcy proceedings have begun. The enterprise owes more than 4 billion rubles to gold miners - there is no such money on the balance sheet of the plant. A large debt to subsoil users was discovered at the end of 2013 - two tons of gold disappeared from the plant. Artels of Kolyma and Yakutia suffered; neither precious metal, nor money for it, gold miners never received. An investigation is underway now.

Kolyma Refinery (KAZ) is closed and de-energized. About two hundred workers laid off. These are mainly residents of the villages of Palatka, Hasyn and Stekolny. Another place of work, people say, will not be easy to find here.

“Everyone took their work books and are sitting at home looking for work. Imagine what this means for the villages of Tent, Stekolny, Khasyn. Two hundred people! There is nothing to pay for housing, and many also have loans. For many, both husband and wife worked at the plant, ”says Anatoly Dudko, a workshop foreman at the Kolyma Refinery.

But in October last year, the new leadership of the plant demonstrated unprecedented security measures taken at the enterprise. Plasterboard walls in the corridors were replaced with concrete, workers could enter the workshop only with a special access card, everywhere there were video cameras and tracking sensors. Thus, the company tried to regain the trust of prospectors. But few began to recycle the metal at the plant. But dozens of subsoil users filed lawsuits against KAZ demanding the return of their money for gold deposited. For several years, the plant lost two tons of gold worth 4 billion rubles. The circumstances of the incident find out the FSB, they have not yet commented on the situation.

Sources familiar with the situation say that a “pyramid” worked at the enterprise: with some gold miners they paid off at the expense of others, while simultaneously stealing precious metal. A major shortage at the Kolyma Refinery hit hard on the region's gold miners. The director of the Polevaya artel Nikolai Derezhenets says that in 2013 he lost 152 kilograms of gold and 263 silver at the enterprise. Its damage is estimated at 250 million rubles. I had to take a multi-million dollar loan from the bank to pay salaries and start a new flushing season. One interest on the loan has already run over 6 million rubles.

“We paid severance tax of 12 million 700 thousand rubles from this gold. And there is no gold. I had to pay off the prepayment and take out a loan. In general, full of seams, if I say in Russian, ”says Nikolai Derezhenets, director of the Polevaya artel. The same situation is with another thirty gold mining enterprises in Kolyma and Yakutia. No gold, no money.

It is curious that the former factory manager Vladislav Feoktistov at the expense of the enterprise, for example, Contained thoroughbred horses. The cost of some is tens of thousands of euros. Feoktistov - the main suspect in the case of theft of precious metals. He is under a written undertaking not to leave the country and denies any involvement in the loss of precious metals.

At the very factory, the bankruptcy procedure began. This means that all the property of the enterprise will be sold and the money received will primarily go to pay off debts on wages to employees. The regional authorities also promise to provide financial assistance to them.

“First of all, the task was set to provide social support to all employees of the plant. Within the framework of current legislation and additionally within the framework of our programs. And the goal, of course, is to preserve the labor potential for the plant, which the region certainly needs, taking into account the positive dynamics of growth in the extraction of minerals - both gold and silver, ”explains Vladimir Pechenyi, Governor of the Magadan Region.

The regional government is currently negotiating with large gold miners in the Magadan region to acquire the Kolyma refinery and resume production. The subsoil users themselves do not hide: they are also interested in the work of such an enterprise on their territory.

“Whether to carry metal across all of Russia, or to produce metal on site. We have a gold mining area, there should be our own processing plant, some kind of structural unit. This is beneficial to all of us. These are jobs, territory taxes. But at the same time, the plant needs reorganization, because it is no secret that the management of the enterprise was ineffective, and gold miners often preferred to export gold, for example, to Krasnoyarsk, than refining it at KAZ, "says Alexander Basansky, General Director of the Arbat gold mining concern ...

Regional authorities intend to speed up the bankruptcy of KAZ. The washing season on Kolyma starts in early May. The regional government hopes that the company will resume work this summer. According to the authorities, the main thing now is not to lose the team, the specialists, whose replacement in the territory will be difficult to find.

“Within the framework of the current legislation, all measures will be taken to ensure that the plant finds a normal responsible owner and regains trust and work in the territory that needs such an enterprise,” says Vladimir Pechenyi, Governor of the Magadan Region.

But even when KAZ resumes its work, it faces a rather difficult period of returning trust to the enterprise. Subsoil users will not only have to believe that it is safe to donate gold to the Kolyma plant, but also to make sure that such cooperation is beneficial. To do this, the company may have to do refurbishment and staff development.

The open joint-stock company Kolymsky Refinery has been engaged in the refining of precious metals since 1998. The enterprise is included in the List of organizations entitled to carry out refining of precious metals. The analytical laboratory of the plant is accredited in the system of similar laboratories in Russia. The refining technological complex is designed for the production of 40-50 tons of refined gold "999" in ingots and allows processing both high-grade and low-grade raw materials. In 2000-2001, the plant installed a technological complex for processing silver semi-products with a capacity of 120-150 tons of silver "9995", which are produced from raw materials from ore and placer deposits of Magadan and Kamchatka regions, Chukotka, Sakha (Yakutia), Khabarovsk Territory. KAZ has the international quality mark "Good Delivery".