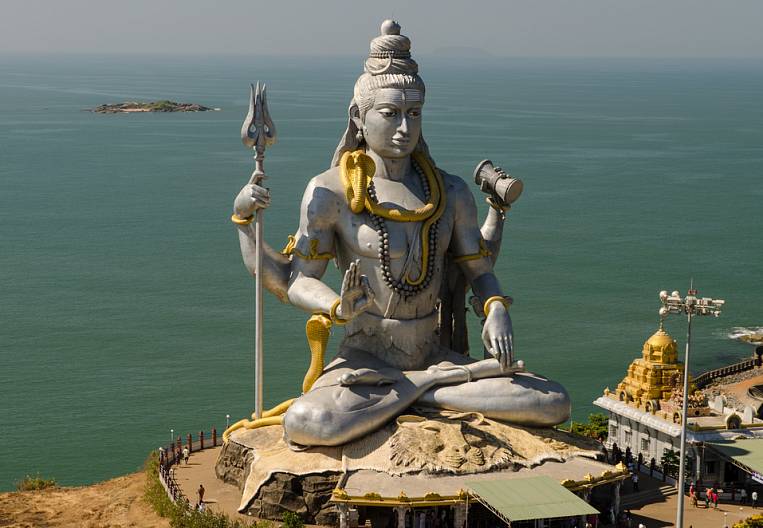 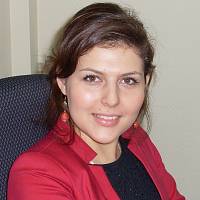 Candidate of political sciences, research associate of the Institute of Philosophy of the Russian Academy of Sciences

Noble hegemon
All author's materials
Natalia Emelyanova, PhD in Political Science, Research Fellow at the Institute of Philosophy of the Russian Academy of Sciences:

- A struggle for "flexible power" is unfolding in Asia today. In an effort to maintain a balance of power in it, India has relied on the role of a noble hegemon.

The economic landscape has long been defining in the landscape called "Modern Asia". However, since the 2000s, it is not only production prospects, financial reports, business chronicles and military capabilities that have captured the attention of the Asian establishment. No less significant has become such a direction as "flexible power" (or "soft power"), which again refers us to the symbolic capital of culture, intangible values, spiritual exoticism and soulful lyrics of Asia.

Even during the Cold War, the United States and the Soviet Union, trying to go beyond the framework of straightforward ideological confrontation, introduced elements of "flexible power" in their foreign policy. Nevertheless, the full-fledged paradigm of "flexible power" was formulated after the collapse of the USSR by the American political scientist Joseph Nye.

Unlike ideological propaganda, this approach prohibits directly saying: "We are the best!" More graceful information "corridors" are proposed, after passing through which a person, as it were, can draw similar conclusions. In the content refraction, the visual series and emotional impact come to the fore, in institutional terms - the media and new media, non-governmental organizations, foundations, museums, leading universities, exchange programs, as well as prominent representatives of the business community, scientific and cultural elite of the country. In the paradigm of "flexible power", public diplomacy also operates, focused on the transmission of the country's key political values.

As a result of using the tools of “flexible power”, a controlled image of the country (both external and internal) is formed, in other words, the image of the state. Some researchers and experts go further by talking about entire states-brands.

China: Between Advancement and Peaceful Movement

Oddly enough, communist China pioneered "flexible power" in Asia. The Chinese Communist Party was prompted by the spread of the idea of ​​the Chinese threat, which expressed, first of all, the concern of Western countries about the growing economic and military power of the Celestial Empire, to use the principle of “ruan shili” in foreign policy - as they call “flexible power” in China. Reasoning on the theme of the "new red threat" became so popular in the 1990s that the American politician Paul Wolfowitz drew analogies between the Chinese growth of the XNUMXst century and the growth of fascist Germany of the XNUMXth century.

As a result of the appeal to "ruan shili", the Office of Public Diplomacy appeared in the Chinese Ministry of Foreign Affairs, and the concept of "peaceful growth and peaceful rise" became the defining one in the foreign policy course. The Hanban organization, which oversees Confucius Institutes in more than 100 countries around the world, also works for the soft charm of China. Leading Chinese media - China Radio International, People's Daily Holding, Xinhua News Agency - quickly got used to the new broadcasting standards, increasing their presence in the world media space. It has become a common practice to create additional information centers during the largest world forums.

According to Indian expert Shafi Rahman, the annual budget for development of public diplomacy in China alone is at least $ 9 billion. What is China's key message to the world that requires such significant efforts? No doubt, at the height of the idea of ​​the Chinese threat, this Peacefulness - the desire to jointly create the future of the peoples of the world.

Peacefulness as the central idea was taken as a basis by Beijing during the 2008 Olympics. “One world - one dream,” said her slogan. A more pragmatic program of the Ministry of Commerce of China was built around a similar idea in 2009: the first advertising campaign for products with the label "Made in China". It's no secret that this “factory of the world” produces products for the most famous brands. Therefore, the central theme of the campaign against the stereotype of poor quality Chinese goods was the statement: “Made in China: Made together With everything the world. "

Of course, even today, China’s gain continues to be alarming, but on the other hand, the desire to see strong China with the world, not against it... It is on this awareness that the PRC's “flexible government” strategy is being built.

India: an incredible country with no fairy-tale ambitions

China's initially forced step, which grew into an active image policy, led other Asian countries to try to develop this direction. Thus, Japan has become beautiful ("Beautiful Japan" campaign), Korea is dynamic ("Dynamic Korea" campaign), and Malaysia is now claiming the status of true Asia ("Malaysia truly Asia" campaign). And yet most Asian countries so far only occasionally resort to the use of flexible power tools. There is no annual planning of the corresponding programs in them. It seemed that India had taken a similar path, concentrating in the early 2000s. on the construction of a separate tourism brand for the country - Incredible India. But it soon became clear that Incredible India was just a stepping stone in the formation of India's flexible power strategy.

In 2001, India's tourism industry, traditionally one of the most important sectors of the economy, was in a deep crisis. For a number of reasons, the occupancy rate of hotels did not exceed 15-20%. Non-standard solutions were required. This is how Incredible India was born - one of the first national brands created from scratch, which had a strong cultural and historical component. He owes his appearance to a greater extent to Amitabha Kantu, Which in 2001 year began to deal with this direction in the Ministry of Tourism of India, and Visyapratu Sunilu, attracted specialist in the field of creative technologies.

Initially, the stake was placed on the luxury segment, since the expansion of mass recreation would require the simultaneous solution of a whole range of problems: from sanitary regulations to the crime situation. The developers decided to appeal to the magical perception of India as "a country of maharajas and unusual palace luxury." India is a fairy tale that has become reality ... Another reality that you may be lucky enough to get into. This is India, in which it is difficult to believe: inconceivable, improbable, incredible ... It was approximately in this logic that the concept of Incredible India was born.

In the English version of the slogan in the word "India" the letter "I" is replaced by an exclamation mark (as if the inverted spelling "i"). As a result, it turned out "Incredible !ndia ”, expressing appeal, excitement, awe, amazement. The exclamation mark was interestingly played on various images: it was collected from bowls with traditional Indian spices, it became either a perennial tree with huge roots, then the peaks of the Himalayas flooded with the sun, then one of the stripes of a tiger, then the bend of the body of a girl bathing in a lake, etc.

The "Incredible India" program quickly gained momentum, and private business began to take an increasing part in it. Its implementation was spent from $ 200 million to $ 600 million per year. Moreover, only in 2003-2004. the growth of the tourist flow was 28,8%. The success of Incredible India logically led to an increase in attracted investments. A number of large hotel holdings have significantly expanded their existing portfolios in the Indian tourism market, while Marriot, Fairmont and IHG have embarked on their first projects. The most important achievement was that the recognition of the brand "Incredible India" already from the mid-2000s. allowed to make it a full-fledged image platform, including broader business objectives and ... political elements.

After false starts and offensive slips in the 1960s and 80s, India has stepped beyond the leadership in South Asia. At the same time, in the world perception, India remains in the shadow of its still more powerful neighbor. Although more recently, Jim O'Neill, who for the first time combined the names of the four most promising developing countries into the sonorous abbreviation BRIC (later expanded to BRICS), sensationally stated in an interview with the German newspaper WirschaftsWoche Heute that India could become the "new China" in the second half of this decade. Of course, he meant economic potential, but in the area of ​​"flexible power" India undoubtedly has already done a lot now.

In addition to attracting investment, India pursues at least two goals in “flexible power”. The first goal is to build relationships with the large Indian diaspora scattered around the world. A separate Ministry for Foreign Affairs is now responsible for this direction. One of the most famous and large-scale initiatives of the Ministry together with the Confederation of Indian Industry is Pravasi Bharatiya Divas (Days of Indians Abroad), which brings together the best representatives of the Indian diaspora, prominent businessmen and scientists.

Indian experts understand that China's Achilles heel is its political system, so the emphasis is on the image of India as a young democracy capable of becoming a noble hegemon in Asia. Such well-known categories as "pancha shila" and "non-aligned movement" have already become mantras in defining and understanding India's foreign policy. The Indians are successfully addressing them, skillfully using their "shadow" position. For example, both countries possess nuclear weapons outside the NPT framework. But the whole world is well aware of China's nuclear threat, while the nuclear potential of Hindustan is not so much exaggerated. Meanwhile, Delhi, no less than Beijing, criticizes the document, seeking recognition of its nuclear status.

In general, Asian countries have a number of advantages in the field of application of “flexible power” technologies. Asia is not experiencing an identity crisis, which makes it possible to focus on external communications. Flexible power technologies no doubt increase the room for maneuver to avoid the use of hard power. In addition, the countries of Asia are traditionally very sensitive to the sense of civilizational integrity, the more valuable mechanisms become for them that allow them to outline invisible "borders" in a world where the real ones are becoming less and less noticeable.
Tags: "Flexible power" India China Asia brand state Made in China
September 20: current information on coronavirus in the Far East
Digest of regional events and latest statistics
Media News2
See also: