The battle with fire 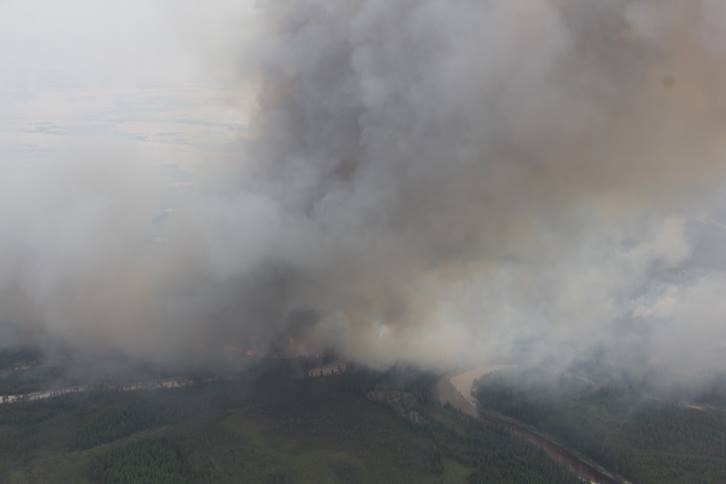 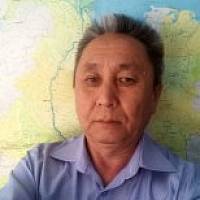 The harsh truth about the TACER "Zarechie" In the kalashny series Passion around "Roscosmos"
All author's materials
Afanasy Egorov, Press Secretary of the President of Yakutia:

- The day before yesterday I was in Chagda of the Kobyai ulus. Yesterday - in the Sebyan-Kyuel area. Today - in Neryungri. Smoke from forest fires everywhere. Somewhere denser, somewhere less, but the smell of burnt wood is present everywhere.

There are no fires in the Neryungri district. Smoke draws somewhere from the north. Probably from Kobyaya. There a couple of days ago, the fire came close to Chagde. Fought off, letting counter fires. Nearly two hundred people work under Chagda. Paratroopers from Yakutsk, Khabar, the Amur Region and Primorye. In addition to them, MES-nicks, workers of fire stations and the Rescue Service of the RS (Y). Many local peasants. Fly Be-200 and helicopters with spillways.

The people in Chagda fighting. They told how the whole world came out to clear away the mineralized strip from the fallen leaves and branches around the village. Tantrums no one has. They strongly regret the burned haylands. And so, there is no fear and special anxiety. People see what they think about them and therefore they are calm about their lives and property.

When the smoke completely got out, it was taken out, saving from strong smoke, 60 people - pregnant, young, old people and patients with asthma and other pulmonary diseases. At the meeting with BYEA, more were interested in the construction of schools and roads, the construction of housing, etc. Somewhere to run away / move to anyone and does not occur.

I had a long talk with the local head, the Ministry of Emergency Situations, the employees of the Ministry of Environment and Vyacheslav Popov - the Department of Forestry. For the reasons of the current forest fires, I have the following versions, different in scale:
In Chagda, 2 has not had a drop of rain for a month. The forest is dry and flares like a match. And the wind is gusting to 30 meters per second. He provokes riding fires that can go up to 15 km in 24 hours.
After last year's strong fires, the people became frightened and now clearly executed the administrative ban on holding agricultural trees. So that agricultural burners now have nothing to do with it. They simply did not exist. One of the reasons for dry thunderstorms. Someone from the specialists said that 3,5 has thundered thousands of lightning discharges this year in Yakutia. I repent, I just thought about it, but how was it calculated? .. But it was too late. I myself do not remember who gave this figure.

Another reason is strange norms. A significant part of the territory of Yakutia is located in the cosmomonitoring zone. These are all deserted and uncrowded places. According to existing standards, if there is no threat to settlements or economic facilities, then firefighting in the cosmomonitoring zone is not funded by Rosleskhoz. The republic does not have the right to finance the salvation of federal property at its own expense, for this will be “misuse of budget funds” with all the ensuing consequences.
But in the end, a couple of years ago, we had a case in Eday - when the fire that had accelerated in the space monitoring zone almost burned this village in Vilyuy. But for some reason no prosecutor pounded the table with his fist, and the Rosleskhoz did not pronounce it.

Another problem is the shortage of foresters. Our forests are federal and therefore the maintenance of foresters falls within the competence of Moscow. And they only give money for half the need. As a result, half of the settlements numbering more than 300 does not have its own specialist in forestry.
Foresters have many different functions. And one of them - sanitary cleaning of the forest from the dead. A live tree can be damaged, even split, by lightning during a dry thunderstorm, but it will not catch fire. A dead wood flashes instantly.

Another reason, at least in Kobyaya, is peatlands. I was told that after the last year’s strong fires, part of the fire went underground, and all winter there was smoldering. And when, due to the lack of rain, the marshes began to dry up, the fire again climbed out.

There are still many big and small problems. For example, the Avialezaschuhnu feds were taking themselves with planes / helicopters and 1.200 personnel. And when the authorities were again returned to the regions, they gave the entire 160 man without a single aircraft. And the Rosleskhoz owed the republic about 70 million rubles for extinguishing last year's fires. When will return - it is unclear.

As a result, my volens-nalens gives rise to an analogy with the situation with the Northern delivery of Indigirka. Our republican authorities have been shouting for several years, demanding to give a replacement for the Anabar marine dredge recessed at the whim of FSUE LBUVPS. In the spring of the fateful 2013 of the year, I myself witnessed a conversation in a raised voice between A. Skrybykin and the deputy head of Rosmorrechflot. But there should have been a loud emergency, so that at the level of as much as D. Medvedev, to finally make a decision on the allocation of a marine dredger.

However, the prosecutor's office for some reason considered the Minister of Housing and Communal Services of Yakutia to be guilty. Not a single thought: where is the communal apartment and where is the slit in the Indigirka bar? .. What is remarkable: the prosecutors did not even threaten the federals with a finger. The plumber was to blame for them, because the ships could not pass from the sea into the river. They mix up the soft and warm and think that no one will notice. 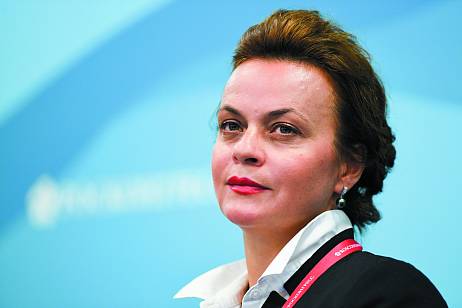