Russian Minister of Agriculture Dmitry Patrushev paid a working visit to the Trans-Baikal Territory. The main purpose of his visit is to check the progress in eliminating the consequences of the April fires in the region. The head of the department was pleased with the results of the work - the pace at which the agriculture affected by the emergency was restored in Transbaikalia was described by Dmitry Patrushev as unprecedented. 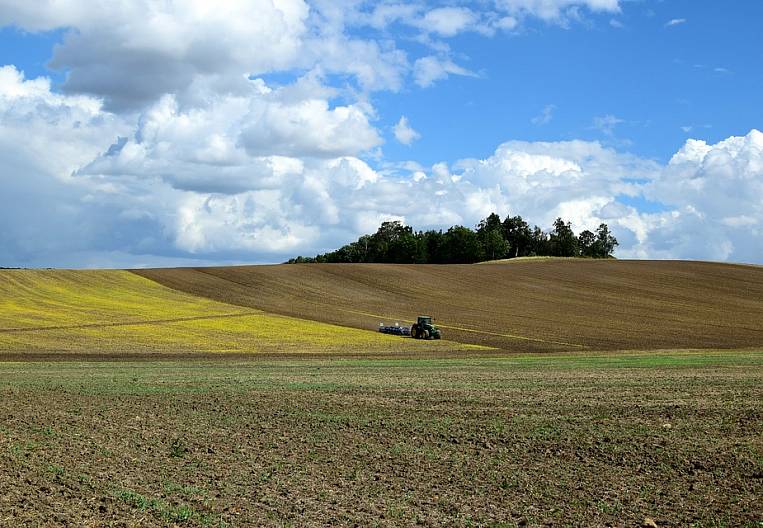 Everything goes according to plan

“We tried to help everyone, and not only through financial support. Full control is also exercised over the work performed, the spending of allocated funds, ”he said during a meeting in the government of the Trans-Baikal Territory.

The head of Transbaikalia, Alexander Osipov, at a meeting with Dmitry Patrushev, said that everything was going as planned.

“The current rules provided for the payment of compensation to the victims, but we understood that leaving farmers only with money, while not helping them in organizing work, in construction, in restoration, is the risk of restoring agriculture, key indicators and, most importantly, normal functioning. Therefore, a model was developed according to which farmers received money, but they were sent only directly to recovery. We provide assistance and control in relation to those contractors who are now restoring these sites, ”said Alexander Osipov.

Earlier, Minister of Agriculture of the Trans-Baikal Territory Denis Bochkarev reported that 820 million rubles allocated from the federal budget were brought to the victims. According to him, the regional government exercises technical control over the reconstruction. To this end, specialists in the construction industry were brought in and weekly groups are visited that check the design estimates of the contractors for compliance with the scope of work stated in the documents.

The ministry is also in close contact with customers and contractors, helping to quickly resolve organizational issues. 106 from 114 livestock sites are now being restored. Owners of eight households did not start work. Basically, these are the parking lots where the restoration did not start according to the plan, as these estates suffered to a lesser extent, and they burned a small number of infrastructure facilities in the fire.

Minister of Agriculture Dmitry Patrushev at the meeting also noted that all work should be completed by October 15.

During the visit of Dmitry Patrushev to the Trans-Baikal Territory, agricultural producers who suffered from fires were awarded 24 tractors at no cost. In any case, a monetary reimbursement could not have covered the purchase of new equipment for farmers, since it would have amounted to only tens, and at best hundreds of thousands of rubles, so the regional government appealed for help to the Russian Ministry of Agriculture and Rosagroleasing. The 24 tractor was acquired through a public-private partnership.

According to farmer Ivan Bazhenov, there is never too much equipment, especially since haymaking is now - it will go to the field right away.

General Director of Rosagroleasing JSC Pavel Kosov noted that the equipment was provided by 13 agricultural companies from 12 regions of the country along with Rosagroleasing. The 24 tractor required about 30 million rubles.

Agrarians from the student bench

Earlier, the head of Transbaikalia, Alexander Osipov, noted that the support of farmers is very important, it provides an opportunity for residents to develop agriculture on their land. Now, thanks to the inclusion of the region in the Far Eastern Federal District, there is active support for secondary schools aimed at training future workers in the agricultural sector.

For example, within the framework of the CED program of the Far Eastern region, the Mogoytuy Agricultural and Industrial College implements the task set for it to modernize and replenish the material and technical base for organizing the educational process in the college.

In the second quarter of this year, thanks to the allocated subsidies, the college acquired equipment for quality education in a number of specialties. So, as part of the implementation of the curriculum for the profession “Tractor-driver of agricultural production”, the technical school purchased the Kirovets K-424 tractor, a combine harvester, the Kuzbass PK-4,8B sowing machine, a seeder, sprayer and training simulators for working on energy-saturated equipment with allocated funds .

In addition, for high-quality training of students in the specialty "Electrification and Automation of Agricultural Production", the educational institution acquired electrical wiring booths to prepare for the Worldskills championships and obtain relevant competencies. Surgical kits, an ultrasound scanner with convex and microconvex sensors, a projector and a laptop were purchased to gain competence in veterinary medicine.

Applications have now been filled out and funding is expected for the purchase of a mounted double-row potato digger, microscopes for biochemical research, and the L-201 potato planter.

In the region, according to statistical data, the volume of agricultural production of all producers in January-June of 2019 amounted to 6604 million rubles, which is 3,6% less than for the same period last year. 80,3% of total production was produced on farms, 10,7% on agricultural organizations, and 9% on peasant (farmer) farms (including individual entrepreneurs).

Now the Ministry of Agriculture of Russia is in control of restoration work in Transbaikalia and promises that agricultural producers in the region will not be left without support - both financial and legal.