Beringia - a real storehouse of characters and plots 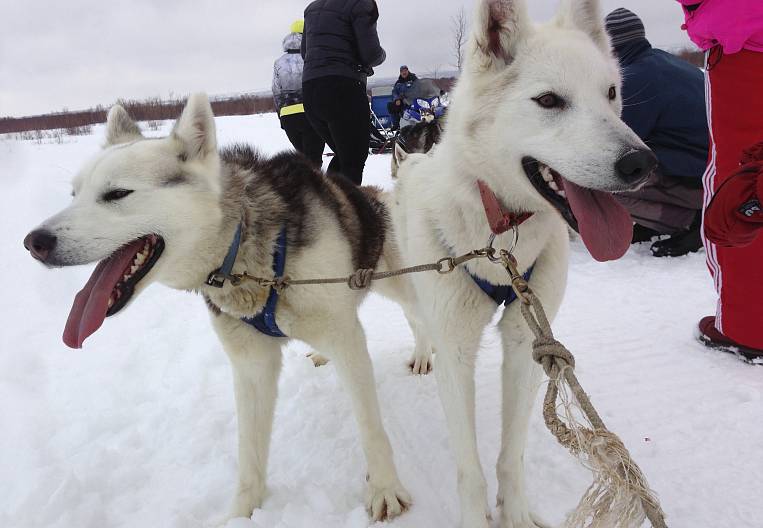 the journalist, the leader of information releases on the TV channel "Vesti 24"

Beringia - a real storehouse of characters and plots "Straight sigh"
All author's materials
Vera Serebrovskaya, journalist, presenter of news broadcasts on the Vesti 24 TV channel:
The Kamchatka blizzard swept through in a day, leaving a snowfall in the rear. Morning of the first day of "Beringia". There is silence in the forest camp of mushers. From behind meter-long snowdrifts, only the heads of the dogs are visible: they peer intently into the distance, waiting for their owners. The first appears, and the dog barking literally explodes the space. He is discordant: someone bass, someone yapping in falsetto, someone howling with backing vocals. But in each - the cry of a dog's soul: "Run!"

"You have not heard yet how those who have not been harnessed will howl," says Valery Sokolov, a kayur from the village of Oszor and a repeated participant in the Beringia, "these dogs can not live without movement." And yesterday there was a blizzard, and they sat all day on a leash. " When the owner chooses the first dog and puts a plum on him, the degree of impatience grows: in order to attract attention, the dogs jump on their shoulders, dig their feet with their paws, break off from the leash.

In the dog confusion the media muzzle flashes. This Tikhon is the official mascot of "Beringia-2014" - a blue-eyed mestizo of malamute and Alaska husky. In Kamchatka there was no pure breed at all: the Kamchatka sled was actively destroyed in the Soviet years. And since that time the pickers themselves pick and cross the dogs, and to exchange the blood, they exchange puppies. So on last year's race happened with Tikhon, his Viktor Tykhonov gave a gift to another kayura, Valery Sokolov. Having traveled in the sleds the whole distance, he became a universal favorite, and now everywhere - his portraits.

But today the owner does not take Tikhon into the harness. "Because the crafty one," says Valery, and explains with an inquiring glance, "sly and with laziness. If you do not want to, you can not quickly escape. In the main race, Tikhon, of course, will participate. But he's a bad sprinter. "

10-kilometer sprint race is the traditional "Prologue of Beringia". A holiday for the spectators, for the participants, is a check of the readiness of the dogs. For the first time it takes place in Petropavlovsk-Kamchatsky, at the stadium of the biathlon complex.

This year, the route "Beringia" in general decided to change. It is now longer, almost 1300 kilometers, laid first along the center, and then along the eastern coast of the peninsula. Start - in Petropavlovsk-Kamchatsky, finish - in Tilichiki. "We studied the world experience of dog sledding," says the head of the organizing committee of the Beringia-2014, Alexei Voitov, "and took the Alaskan race of the marathon class" Iditarot ", the most prestigious in the world. There every time - a new route. We also decided to alternate: one year to start from Petropavlovsk-Kamchatsky, another - from the village of Esso, as it was before, and extend the distance at the expense of new control points. "

"Beringia" appeared in 90-e, as a revival of the traditions of driving dog breeding. And there is a lot of traditional here. Most of the kayurs are indigenous: Koryaks, Evens, Itelmen. There are even those who live in the forest, hundreds of kilometers from civilization. With dogs go to the bear and do sledges on ancient technologies - from stone birch, soaked in water. One of the couches shows a family heirloom: to him from his father, and to his father from his grandfather passed the leg of a dagger-a pointed stick made of stained wood, which was traditionally used as a brake for harness. But the technology of ancestors is harder to compete with modern technologies. The last two years in the "Beringia" defeated Andrei Semashkin, and for him, racing on the sled is primarily a sport. Andrei is half Aleut, and he also has traditional sledges, but they are more in his kennel as an exhibit for tourists. And for the race - a model of light alloy materials. And it does not sit in it, as in traditional sledges, but only stand. Or even run alongside to help the dogs - for 5-6 hours from start to finish the finish at the checkpoint.

The race-prologue and the first stage of the main route confirmed that Semashkin is again the favorite of the "Beringia". But ahead - a long marathon to the north of Kamchatka. And there is a completely different, more severe climate. And the native land of many "indigenous" kayurs. They say that dogs, sensing that the house is near, are starting to run faster ...

And for me, "Beringia" has become a real storehouse of characters and stories. The lives of the Coujers are both heroic exploits, and a unique experience of survival in the wild, and a unique love story stretching through a chain of dramatic events. What to say about the life of dogs - the owner is ready to tell about each of them about days. Now I am in the firm belief that the material shot is enough for several films. I hope that I will soon be able to present them to the general public.
Tags: Kamchatka Beringia race tourism Extreme Exoticism
September 17: current information on coronavirus in the Far East
Digest of regional events and latest statistics
Media News2
See also: