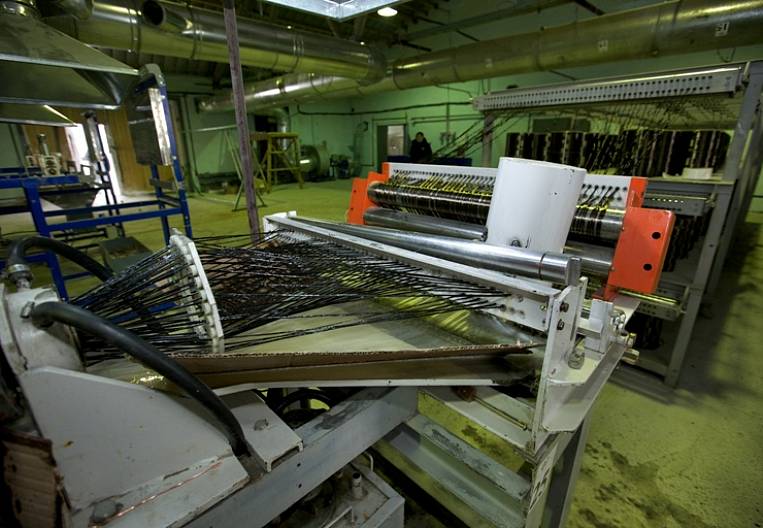 Special project TORA and Free Port
In anticipation of the adoption of the law on priority development territories (TOR), EastRussia correspondent spoke with Egor Zhirkov, general director of the Basalt Materials Plant and the initiator of the TOR "Basalt - New Technologies", one of fourteen selected by the Russian Ministry of Eastern Development for implementation until 2020.

- Yegor Petrovich, last week in the Public Chamber "zero" readings were held on the bill on territories of advanced development (TOP). Tell us how they went, what impressions do you have?

- At these hearings, the point of view of a part of the business community of Primorye, which is united in the movement "Opora Rossii", was voiced. It is impossible to agree with those theses that were expressed. Rather, I did not hear any constructive criticism in these theses - my colleagues were more likely to discuss the general principles of the approach to the development of the Far East. I expressed the position held by another public movement, Business Russia, which clearly supports the draft law on TORs as a specialized normative act designed to solve a very specific economic problem. The country's leadership set the goal of creating a network of specialized territories for advanced economic development, in which favorable conditions will be created for non-primary industries. And the current bill clearly meets this logic, it is well thought out, it consistently lists the mechanisms for applying the legal provisions.

- You represent a specific TOR “Basalt - new technologies”, one of the fourteen selected by the Ministry of Eastern Development of Russia for implementation in 2015-2020. In this case, for you - the current enterprise producing basal composite products. What is the logic of creating TOR around the existing company?

- I am the initiator of the creation of a manufacturing enterprise in the field of basalt-composite materials. For 5 years we created a competence center in Yakutsk, put one company on its feet, the second one is in the investment phase. This is not an easy story, because, relying on our competencies, we lay the foundation for a new high-tech segment of the Russian industry of composite materials, structures and products from them.

Our products can be widely used in construction both in the Far East of Russia and abroad. We are seriously interested in foreign partners. Our goods are very competitive in quality, but we can not give a competitive price for the demand for products to become truly massive. This affects the whole spectrum - this is the pressure of taxes and fees, and "expensive" inaccessible loans, and high tariffs for transportation and electricity.

Under the conditions of the TOP, we will be able not only to realize our potential, but also to develop a whole complex of competitive basalt-composite manufactures at three sites in Yakutia. This can be building materials, and even pipes, tanks and automotive components, for example brake pads. That is, the existing enterprise in our case acts as a guarantor of the availability of necessary technologies and competencies, and the TOR regime allows the industry to gain a powerful economic momentum, consolidate and take leadership positions. As a result, the formation of a growth point in the form of a full-fledged center for outstripping economic development in the field of non-primary production - that is, exactly the result for which TORs are created. 15-20 residents of the TOR "Basalt - New Technologies" through 10 years will ensure the production of products costing about 10 billion rubles a year.

- According to the TORU "Basalt - new technologies" announced 3 billion rubles of budget investments against 17 billion private. Do you already know who will invest?

- We are working out a way to attract investment from the RFPI (Russian Direct Investment Fund), which can attract serious investors from the UAE, the Republic of Korea, and the PRC.

- Do you expect foreign residents in the TOP?

"Perhaps they will." But at the same time we understand that in our case we are talking about high-tech production based on domestic know-how. On the technologies that were developed in the depths of the military-industrial complex and declassified recently, already in the new millennium. For a number of commodity items, we have no analogues in the world, which means that we must pick and choose foreign residents sufficiently to use them to achieve real expansion and development of our potential. Mass invasion of Chinese and Korean companies, we exclude. As for the main employees of the technical profile, we rely on local staff and the involvement of qualified specialists from Russian regions.

- What is the uniqueness of the technology?

- Basalt-composite reinforcement is a world novelty. The world produces more than 10 million tons of stelocomposite products. Basically it is pipes, containers, bulky pressed products. On the second place - carbon composites, about 1 million tons. They have a specific application in high-value industries - missile, aircraft construction and so on, where money is little believed. A basalt-composite materials - this is Russian know-how, only 10 years as technologies are declassified. There are several thousand tons of production, but we can turn Russia's innovative position into the leading, leading positions in the world. In order to make it an export product with the help of which Russia will be able to consolidate its leadership not only in technology, but also as a producer and seller, the law on TORs is needed here, a specialized territory for advanced development is needed in Yakutia.

- The thesis on the priority development of the territories by the leadership of the country is stated in the context of the overall export orientation of the Far East economy. How do you see the export potential for yourself?

- If we can offer an adequate price to the end consumer - we will have a steady demand. As for the quality, technical characteristics and properties - our products are very attractive. Take, for example, reinforcement. One ton of basalt composite fittings replaces 8 tons of steel reinforcement. Due to the specific weight, we can fully load it with transport containers, that is, our products carry even more profitable than steel. If we succeed in reducing the final cost of products due to the TORA mode, taking into account the delivery of interest on 10 (and taking into account the targets for the TORs announced by the Ministry of Regional Development, this is quite realistic in our calculations), we will get a guaranteed export. Our products will be cheaper in price and better in quality than steel fittings in South Korea or Dubai.

- You mentioned the targets, indicated by the Ministry of Regional Development. In addition to tax benefits, the agency claims very attractive terms for the infrastructure - this is 6,9 cents per kilowatt-hour (about half of the current tariff for industrial consumers in Yakutia), and 440 dollars for TEU (which is almost 4 less than the current transportation cost ). The proposed TOP from this point of view is almost the most vulnerable of the entire list - today the main site of the enterprise is located on transport and energy-insulated territory.

- The question is significant, but we see solutions. From the energy point of view, our company is already independent from the energy system of central Yakutia, we have our own gas turbine generation, and we already have a kilowatt at a price half the tariff for industrial consumers in Yakutia. This is quite close to the targets set by the Ministry. From the point of view of transport - yes, the site in Pokrovsk is cut off by the river from the railway and federal highway. However, the water barrier is surmountable, moreover, we declare the TOR "Basalt - New Technologies" on three sites around Yakutsk: one in the city, the second in Pokrovsk (this is an operating enterprise), the third in Tommota (and there is a railway station ). This is an important point - we already have all the necessary calculations for energy and logistics, so that we can quickly find ways to enter the indicators that will be assigned to the TOP. And it is not at all necessary that in our case it will be subsidies to cover the difference in tariffs: our experience with energy shows that there is a field for finding effective solutions.

- Yes, but for power engineers such an approach is unprofitable - they lose consumers. If all sites of TORs have an autonomous generation, this will negatively affect the state of the industry, which, by the way, is also on the state support.

- I'm talking only about a specific project, we have a meager share, it does not make the weather "Yakutskenergo" and "RAO ES of the East". Even to take the planned TOP in whole, where there will be a couple of dozens of residents, it will be only a few tens of megawatts. However, the decision on how to achieve the target indicators for the cost of electricity will be taken by operators of the TORs. But it is specifically in our case to buy electricity from Yakutskenergo, subsidize the entire difference and thus indirectly support the guaranteeing supplier from the funds allocated for the development of TORs - I consider wasteful.

- What do you expect next steps from the federal government in the direction of TORs? What happens when the law is passed?

- Today, the Ministry of Development and Development of Russia has tentatively selected fourteen TOP sites from almost 400 sites analyzed. Just the other day, Deputy Prime Minister Yury Trutnev announced that only five of them would actually be created in 2015-2017. We very much hope that our proposed Basalt-New Technologies TOR in Yakutia will fall into this list. If yes - we are able to show a very fast result, because we have on hand all the necessary competencies, calculations, “packaged” investment strategy. If not, we risk losing this industry in the bud, our specialists will simply be bought up by foreign or other interested companies.