Different levels of economic development of regions, fragmentation of territories, low population density, high levels of housing and communal services tariffs, a large share of dilapidated housing - all these aspects create their own specifics in the field of housing financial literacy in the Far East. Experts of the information portal Zhilfin.rf (within the framework of the project of the Ministry of Finance of Russia on financial literacy) spoke about its subtleties at a special event in Yakutsk. We touched on the most sore topics - the "Far Eastern mortgage" and dilapidated housing. 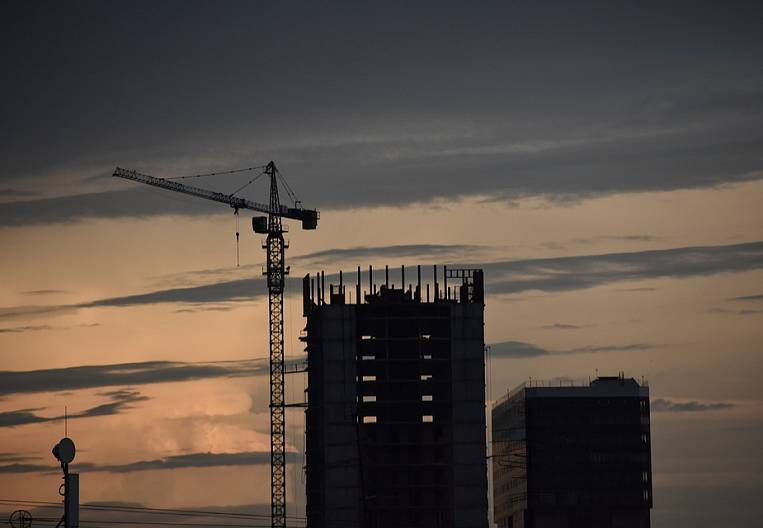 A specific program in the field of the Far Eastern Federal District housing estate is Far Eastern Mortgage, one of the leaders in issuing which is Yakutia. The term of such a housing loan should not exceed 20 years and an amount of six million rubles. With borrowed money, you can buy an apartment in the primary market in the city or secondary in the countryside. It can be obtained by young families with children, the age of the spouses in which does not exceed 35 years, or single parents not older than 35 years. In addition, the owners of the “Far Eastern hectare”, who took it for individual housing construction, will be able to get preferential terms on the mortgage.

“This program is aimed at those who would like to live in the Far Eastern Federal District and in order to consolidate the population in the Far East. Therefore, it is necessary to register and live in the purchased housing for five years. This is an important condition, they will monitor its implementation in order to protect themselves from people who want to get a profitable asset at a small percentage, ”said project expert Zhilfin.rf Anastasia Podrugina.

It is not forbidden to sell purchased housing, but there will no longer be the opportunity to again take an apartment in a mortgage at 2% - it is issued only once. Moreover, if one of the spouses issued such a loan with his ex-wife, he will not be able to take it with a new one.

“There is no practice yet, even six months since the beginning of the program’s work, it’s not yet known what amendments will be adopted to it. It all depends on whether people can find ways to operate the program. If they can, then most likely, such loopholes will be closed, ”the expert noted.

Now square. a meter in a new building in Yakutsk costs more than 100 thousand rubles, and prices actively went up after the introduction of the “Far Eastern mortgage”. Similar situations have developed in other regions of the Far Eastern Federal District.

“There was a rush of demand, because the“ Far Eastern mortgage ”was launched, under which developers held apartments and put them at higher prices. Plus, the Central Bank continues to lower rates, which leads to the fact that more and more people can afford to buy an apartment. Most likely, the moment of rush demand will not be long-term and will pass soon, ”Anastasia Podrugina explained.

Owners of the "Far Eastern hectare" for the construction of a house can also receive a housing loan. Previously, not a single bank secured loans of such land. The Far East mortgage allowed to solve this problem. However, she will not be able to completely solve the housing problem in cities - the problem is that there is not enough housing that can satisfy demand. Not only that, housing in cities should only be new, but it should be provided by accredited developers.

At the same time, those who are going to apply for a mortgage at 2% should understand that you need to meet all the criteria of the bank, and not only be younger than 35 years old and have a child. It is necessary to confirm your solvency, have a good credit history.

“The bank may doubt the reliability of the borrower if he does not take out life and housing insurance. In this case, the bank may even increase the interest rate on the loan. At the same time, you need to understand that insurance and additional fees are also money, so there will be no net 2%, ”the expert noted.

Experts and sensitive topics of Yakutia touched - dilapidated housing and problems with management companies. The meeting participants were told how to prove the unlawfulness of the “command” actions, what punishment it may receive for failure to comply with legal requirements. They also explained what to do if the house was declared emergency, but was not included in the resettlement program, and it was impossible to live there.

“In order to apply for other housing, it is enough just the fact that the house is recognized as an emergency, and that people are recognized as needing to improve their living conditions. These conditions are sufficient for the municipality to provide other housing. At the same time, people should not prove that being in such a house threatens life and health, ”said practicing lawyer, project expert Zhilfin.rf Lolla Kirillova.

The expert notes that all tenants of the house have the right to demand another comfortable living space as soon as it is recognized as emergency and unsuitable. Often people wait for an apartment for years, because municipal authorities say that there is no money for resettlement, or they are suing, finding various reasons for refusing to relocate. Experts urge to assert their rights, apply to the court and complain at the higher instance if they do not agree with the decisions made by the courts earlier.