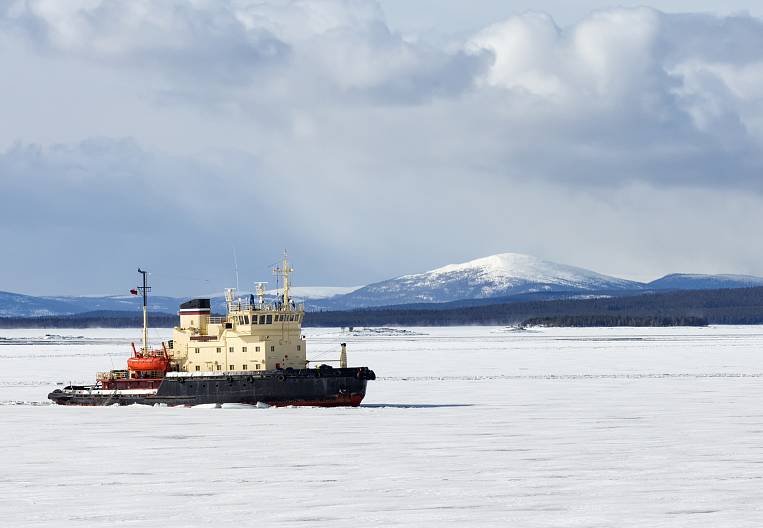 Igor Melamed, General Director of the International Center for Regional Development (ICRR), shared with EastRussia.ru about China's interest in the Northern Sea Route, general militarization and who is in charge in the Arctic.

- Igor Ilyich, the status of the Arctic is fixed in international agreements. Despite the fact that the Arctic is divided into five sectors between the US, Russia, Norway, Canada and Denmark, its exact boundary is not defined. How can this be?

- Indeed, there is no single definition of the Arctic: each country understands it in its own way. There is a decree of the President of the Russian Federation, which determines what is meant by the Arctic in our country. Norway, Canada, and other countries have their own definitions. At the same time, there is no clear international distinction that this is the Arctic, and this is not the Arctic, no. And even when they begin to divide the international boundaries of the Arctic zone, everyone talks about something of their own. This is one point. The other is the crossing of the borders that each state implies under its own. So, the Americans adhere to the UN Convention on the Law of the Sea (signed in 1982, entered into force in 1994 year - Prim.red.), But they did not ratify it, because they do not want to lose their sovereignty in the Arctic. Or the Shevardnadze-Baker line (in 1990 by the US Secretary of State James Baker and the Minister of Foreign Affairs of the USSR Eduard Shevardnadze an agreement was signed "On the Line of Delimitation of Marine Spaces", according to which the USSR was inferior to the Americans oil-bearing shelf and a large part of the water area in the Bering Sea, Prim.red), which Russia has not ratified, but complies. And of course, the most controversial issue is the continuation of which continent are the Lomonosov and Mendeleev ranges. Can we claim them or not?

- What documents form the basis of Russian state policy in the Arctic?

- There are three official documents. This is the "Fundamentals of the state policy of the Russian Federation in the Arctic for the period up to 2020 and a further perspective" from 2008, the Strategy for the development of the Arctic zone and ensuring national security to 2020 (approved in 2013) and the state program "Socio-economic development of the Arctic zone RF for the period up to 2020. "(Developed by CJSC" ICRD ", approved in April 2014).

The first document is an ideology, where the basics of Russian politics are generally prescribed, how Russia will behave in the Arctic. Strategy - the document is more specific, it sets the development trends. The program, respectively, is already a planned, fairly rigid document: what we do, who does, how much money should be allocated, what results we will get. Roughly speaking, there is a point of reference and an end point where we want to go.

- This is more difficult for us, because it seems that such a task, which we initially represented, will not succeed because of a lack of funding. The government decided that this program will not be financed separately. It turns out that the program exists, but it is implemented not by its own means, but as a coordinating program for 14 sectoral programs, where the Arctic zone is prescribed and which have financing (transport, ecology and resources, construction of nuclear icebreakers).

However, the program did a lot of good. Land borders of the Arctic zone of the Russian Federation were first identified and fixed. Previously, there were very different estimates of how many people live, what is the GDP or what territory. Now this is not. Speaking about the borders, the 4 of the RF subject - the Murmansk region, the Nenets Autonomous Okrug, the Yamalo-Nenets Autonomous Okrug and the Chukotka Autonomous Okrug - have completely fallen into the Arctic zone. Another 3 subjects entered pieces: Arkhangelsk region - 3 of northern cities and districts, northern districts of the Krasnoyarsk Territory and the Republic of Sakha (Yakutia), which included only 5 of the most northern uluses, they ask to include 8 to 13. And at the very last moment they turned on the city district of Vorkuta. It turns out that the Arctic zone is very peculiar: the Murmansk region is included, nothing comes from Karelia - there is a gap, and then went the Arkhangelsk region with the Nenets district. There were many arguments. But since the boundaries have appeared, since we managed to agree in the end, let's see how we will develop within these borders. So far, except for some arithmetic operations, it is too early to talk about any effect.

Well, of course, without financing and without a full-fledged program for the development of the Arctic zone, it will be very difficult to work, as there are issues that need to be solved entirely for the entire zone. Within the framework of the program, in the Russian Arctic zone 12 reference areas of development are allocated, where the same problems as in any other reference zones - local infrastructure, communications, roads.

- Who is fighting for markets in the Arctic today? What are the main players you could highlight?

- All the Arctic states are fighting - Norway, Canada, USA, Iceland. All have their allotments, all have oil and gas. First of all, we need hydrocarbons, the potential reserves of which are very high. In addition, there are many rare earth minerals in the Arctic. Well, coal, of course. Therefore, countries are building up their military presence there: they build both a fleet and supply bases. We here are not at all original.

- That is, building up the military potential in the Arctic is not our country solely a Russian strategy (“Polar Star” military camp, reconstruction of the airport in Tiksi)?

- Do not think that other states are inactive. The Arctic - new promising markets, which should also be protected, among other things. In addition, the troops - a powerful means of living around the territory. Once upon a time, the Arctic territories, thanks to the connections of the Ministry of Defense, were well-lived: military units were stationed to provide jobs, create infrastructure, and develop industry. Other countries are doing exactly the same thing in the Arctic, only they create the bases for development, but everything is served with a military accent.

- Russia from all the Arctic states has the longest Arctic border. Does this mean that our country is the main Arctic power?

- If we take the intensity of development, then, of course, in absolute numbers Russia in the Arctic is much more represented. Such machinas as the Norilsk Combine (the Norilsk Mining and Metallurgical Combine named after AP Zavenyagin for the extraction of minerals and metallurgy of non-ferrous metals - Prim.red.), In the Arctic zone, no one else has. This is a whole state! The same Sevmorput all these years functioned only for the combine. The Norilsk combine transported two million tons, and it transports, and the whole transit through the Northern Sea Route is less than one and a half million tons even today, and at one time it was generally insignificant.

Vankor field, Yamal deposits also in the same zone. Yes, in terms of development of the Arctic we are leaders. But if we take the GDP per capita, then we lag behind the intensity of development from all the Arctic states, because they have a smaller population.

- Does Russia have advantages in connection with the development of the Northern Sea Route (NSR)?

- This is a very difficult question, because it concerns the external borders of the Arctic. If the sectoral principle continued to operate - from the extreme points to the North Pole, it would be Russia's sector of responsibility. At the moment there is a division under the Convention on the Law of the Sea. In this case Russia belongs to the 200-mile zone. And considering that the ice is moving away, then, in fact, it is possible to pass not along the traditional Northern Sea Route, but at higher latitudes, which no longer fall everywhere in Russian waters. Last year’s navigation proved very successful - the ship’s 204 passed. However, only 10% of vessels used Russian ice-laying, all the others went either with their icebreakers, and in fact no one has nuclear power except Russia. The same Chinese went with their "Snow Dragon", which we once gave them for scrap, they restored it and walk on the NSR.

- The Chinese, by the way, also because of the SMP and access to fish resources and metals, are showing interest in the Arctic.

- Yes, the Chinese are very active. The Northern Sea Route is a very important thing. They are now building their modern icebreaker, building ice class ships, they are going to walk in the Arctic. What is so cunning about the Convention on the Law of the Sea? Vessels go higher latitudes, and if the ice starts to mash, then the nearest power, which has the capabilities, is obliged to save them. Extreme in this case we find ourselves.

- In your opinion, could the situation in the Arctic worsen due to the sanctions, for example, Rosneft found oil in the Kara Sea, and ExxonMobil refused to cooperate with it?

- Of course, some difficulties will necessarily arise, because Russia does not have enough technology to work in the Arctic. This is without a doubt.

- What do you think, what policy should Russia pursue at the given time on the Arctic issue?

- Those studies that Russia can perform itself, it will continue. The Northern Sea Route is too important for everyone, and if someone does not use it, it's up to you. How much will our projects slow down? Well, most likely, only some of them will slow down. They will not develop as quickly as we would like. Again, it cannot be said that this is so critical, because any Arctic projects are more than one year before oil really goes there. Each platform is a gigantic structure; to deliver it, mount it, start receiving oil, and organize shipment are years. It is worse if the projects of the NOVATEK company, where big money has already been invested, will be slowed down. At the same time, I think that now the Chinese will behave more actively in the same projects. Nobody wants to remain without hydrocarbons.
Tags: Arctic Melamed sanctions The Northern Sea Route Iceland Arctic areas Rosneft