Starting from 2020, the construction of multi-apartment buildings in the remote Arctic regions of Yakutia will begin. Similar work has not been conducted there since the time of the Soviet Union. Why this construction is needed and how heavy it will turn out, EastRussia recognized. 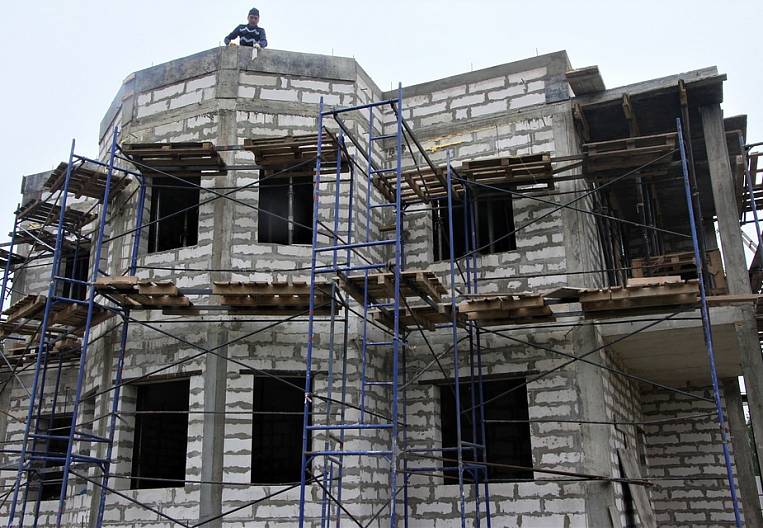 Multi-apartment buildings in the Arctic zone will be built as part of the national project “Housing and Urban Environment”. The head of Yakutia, Aisen Nikolaev, admits that construction in the Arctic regions will begin almost from scratch.

“The construction of apartment buildings in the Arctic has not been carried out since the days of the Soviet Union. Therefore, we start work from scratch. Often, there is no need to talk about the construction industry in the Arctic, because it is simply not there. You have to import everything, sometimes even sand, ”the head of the republic said at a meeting on this issue.

The Minister of Construction of Yakutia Pavel Argunov in an interview with corr. EastRussia explained that there is a high proportion of dilapidated and dilapidated housing in the Arctic zone. It is for resettlement that we need new houses.

“Indeed, construction has not been carried out in the Arctic uluses of the republic since Soviet times. Most of the buildings are dilapidated, rickety. Settlements have a depressing appearance, it is psychologically difficult not only to live there, but also to be away. Therefore, the construction of new houses for such settlements is of great importance, ”said the Minister.

At the same time, the program for resettlement of citizens from dilapidated and dilapidated housing, calculated before the 2025 year, includes not only housing construction, but also acquisition on the secondary market or payment of compensation. The authorities of the region believe that the construction of multi-apartment residential buildings is more expedient than individual development at a cost.

For facilities, district authorities are already picking up plots. The head of the Arctic Bulunsky region of Yakutia, Igor Kudryashov, believes that the new project will radically change the life of northerners.

“Improvement will appear inside the houses, with warm toilets, warm baths. The worldview of the inhabitants will completely change. Incentives will appear to attract new specialists. Life will change for the better, ”said the head of the district.

The main challenge for the upcoming construction site is the distance and often the absence of year-round ground communications with the Arctic part of Yakutia. In hard-to-reach settlements it is always more expensive to build, since there are difficulties in the delivery of building materials, it is necessary to bring in construction equipment, people.

According to the director of the adhesion regional construction company Mikhail Okhlopkov, transportation costs are often comparable to the cost of the facility. The company has many years of experience in construction in the Arctic, and knows firsthand the nuances of working in remote northern settlements.

“First of all, this is due to complex logistics. Practically, the builder has only a month to have time to deliver building materials for winter winters - this is February when there are roads along the channels of the northern rivers, ”explains the head of the construction company.

Authorities see a solution to the problem in the application of local building material, including sand and stone.

“We need to organize on-site production of blocks, additional products, concrete production. Only in this case will we be able to fulfill the very complex and responsible task assigned to the construction complex, ”said Pavel Argunov.

Partially solve the problem of the high cost of supplying building materials is possible through the use of prefabricated light steel thin-walled structures (LSTK) on screw piles.

“This allows us to eliminate wet processes, such as plastering, concrete casting. After all, the construction season lasts only two to three months, and snow can fall in July or August, ”says Mikhail Okhlopkov.

Innovative construction technology allows you to build in remote uluses of the republic objects not only social and cultural life, but also residential apartment buildings and houses for individual projects.

“Having a low weight, these structures do not exert a large load on the foundations, which means that they make it possible to erect buildings on difficult soils. Only on transportation costs does LSTK technology save up to four times more than is spent on traditional reinforced concrete construction. Moreover, the life of such facilities is not inferior to reinforced concrete structures. In addition, for the assembly of houses from LSTK it is not necessary to use heavy specialized equipment - all the necessary details are made in advance at the factory, which also simplifies the tasks of builders on the spot and reduces the cost of the facility, ”said the head of the construction company.

In addition, according to Okhlopkov, developers will be more actively involved in the program, subject to changes in the financing of construction work, as well as the emergence of transport infrastructure.

“Now the costs at the stage reach 70% of the value of the object, but the advance at the first stage is issued only in the amount of 30%. Practically, the developer in this case acts as a co-investor, and many companies don’t have that kind of money, ”emphasizes Mikhail Okhlopkov.

Despite the difficulties and high cost, the program has great advantages - this is an opportunity for residents of the Arctic regions to solve housing problems, said Albert Kardashevsky, associate professor of the Engineering and Technical Institute of the North-Eastern Federal University. Also, according to this words, the construction will provide jobs and additional income for residents of the Arctic regions.

According to the expert, mid-rise buildings will most likely be erected for construction in the Arctic zone. Albert Kardashevsky believes that such development will reduce the number of accidents, and will also help introduce modern monitoring and control systems, resource consumption in homes.

“Perhaps the implementation of tracking systems is not individual for each house, but for the entire complex of mid-rise buildings. This will allow timely detection and repair of breakdowns, damage. In villages there will be fewer emergencies, cases of freezing of communal systems. New buildings will be grouped in a certain area of ​​the settlement and this will improve the landscaping, ”noted Albert Kardashevsky.