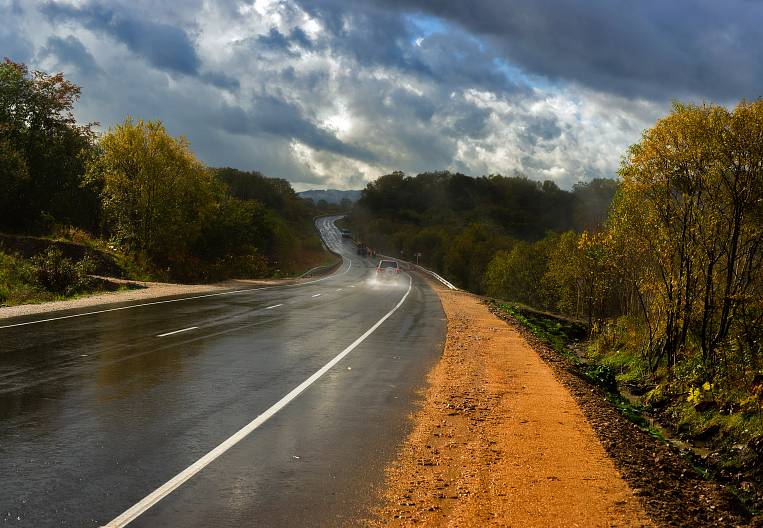 For the dry reports of the regions on attracting investments, it is not always possible to discern real business stories. Sakhalin correspondent EastRussia.Ru met with newly-minted entrepreneurs and became convinced that things are moving.

Agreements with the world giants of the oil and gas industry on the implementation of offshore projects under the general name "Sakhalin" made it possible to ensure the rapid development of oil and gas production in the region, and to increase the volume of foreign trade in hydrocarbons. As a result, tax revenues to the budget have grown significantly. Today the region is one of the leaders in the country in terms of budgetary provision. Out of 83 subjects of the federation, the region ranks fourth in the development of the real sector of the economy and eighth in terms of investment attractiveness.

“Over 20 years, almost $ 47 billion was invested in the regional economy. This year we started implementing state programs for the development of the real sector of the economy: agriculture, food processing industry, timber industry and fishing industry, the coal industry,” said regional governor Alexander Khoroshavin . - Under these programs, business support will be channeled from 2 to 3 billion rubles. annually. Mostly in the form of subsidies provided for the reimbursement of production costs. We are ready to help the business community to implement investment projects. Today, there are about 60-order, but they can be much more. "

The list of such projects, located on the investment portal of the regional government, is impressive. And most of them - with a note "priority".

Here are just a few examples:

This project is very important for the area where there are forest resources and once there was a well-functioning timber processing system, but in the 1990-ies it was destroyed. The project was initiated by BM Sakhalin. The cost of it 6 008 million rubles. (100 million rubles - budgetary financing). The region will receive 686 new jobs. The implementation period is 2012-2018. Within the framework of the project it is planned to organize logging production with the capacity of 747 thousand cubic meters of round timber per year. Construction of a woodworking complex for the production of sawn timber with the volume of 200 thousand cubic meters and technological chips in the volume of 370 thousand "cubes". A mini-CHP on solid fuels will be built. The forest will be mined on Sakhalin, lumber and even waste products are planned to be sold to the countries of the Asia-Pacific region (APR). Sakhalin is organizing logging, roads are being built, work is underway on the timber industry project.

Of the already implemented regional investment projects, it is worth noting the sports and recreation complex "Arena", which was built in Yuzhno-Sakhalinsk in 2012 year. It is planned that the payback it will be released in 2018-th year. This sports palace is already fond of the Sakhalin people: not only sports competitions and ice shows are held here, but also concerts, cultural and mass events. At the same time, up to 250 people can ride on the ice area of ​​the complex. The initiator of this remarkable project is the multi-profile company "Brilliant", known on Sakhalin.

"Creation of a modern complex for the cultivation, storage and processing of agricultural products"

Very interesting project, aimed at improving the food security of the island region. Its initiator is CJSC "Sovkhoz Zarechnoye", the total cost of the project is 360 million rubles. And 128 million of this amount is budget financing. The project provides for the construction of a greenhouse complex with an area of ​​2 ha for growing vegetables. It is almost ready, a boiler house has been built to heat the greenhouses, the first harvest is promised by businessmen this year. All products will be sold in the region. At the second stage potato and vegetable storage will be built for 3 thousand tons each. The third is a mini-factory for the production of innovative retort packaging with the capacity of 1,2 million packs per year. And it will be not only vegetables, but also all sorts of ready-made meals that can be stored a month, and before consuming them sufficiently to warm up in the microwave.

"Our project is the construction of a marine biotechnopark on Sakhalin and Kuriles. This, we might say, is our long-standing crystal dream, "general director of the scientific and industrial enterprise" Ruth-2009 ", candidate of biological sciences Galina Shchukina shared with EastRussia.ru. - Years 12 we with this project knocked on all doors. First tried to make it interregional. Everyone said: "Yes, well, wonderful." But they heard us and provided effective assistance only on Sakhalin. They are very interested in this promising project. We paid for the preparation of a feasibility study. Help consultations - how to issue numerous documents. At the first stage of the project, in the next 9-10 years, it is planned to create a base production and train personnel for a new industry - aquaculture. "

Biotechnopark will include a coastal complex for the production of young animals, marine farms for commodity cultivation and a center for deep processing. The main raw material for the beginning is trepang and scallop. Later with the development of production, it is possible to include new species of marine life. At the second stage of the project it is planned to expand the main production, complicate the processing technology and produce cosmetics, shampoos, lotions, biologically active additives, medicines, dyes, etc.

The project is designed to 2035 year. About 3 thousand new jobs will be created.

Development of coal mining on. Sakhalin

“The priority investment projects that our company implements in the region are an increase in brown coal production to 5 million tons per year at the Solntsevskoye deposit and an increase in coal shipment in the port of Shakhtersk to APR countries - also to 5 million tons per year. They are being implemented within the framework of a public-private partnership, - said Vladimir Ko, Deputy General Director for Corporate Communications of the Eastern Mining Company, EastRussia.Ru. - Now thermal power plants on Sakhalin are being converted to gas, the internal demand for coal fuel is falling. If you roll its booty - hundreds of people will be left without work, life will leave the mining villages. And this can not be allowed! Therefore, we, on the contrary, are increasing production and foreign trade, focusing on supplies to the APR countries, where our coal is readily bought. The fact that the regional government got money to support such projects is directly related to the increase in budget revenues from the oil and gas complex. ”

"Could we, without state support, realize our plans? Perhaps they could. But it would take much more time and effort. And thanks to the state's participation, the project will be implemented from 2011 to the end of 2014. There will be 178 new jobs, coal mining will not be closed, "summed up V.Ko.

In Aniva region, this year, they will begin construction of a pig farm for 12 thousand heads. This is another important investment project to ensure food security in the region.

“Fresh, steam pork to the table of Sakhalin residents is much better and tastier than imported, frozen. We will start construction this summer already, ”said Oleg Zubakhin, Director General of Merci Agro Sakhalin LLC, to EastRussia.Ru, who initiated the project. - If nothing interferes, then this year we will build, we have experience. We have already launched a similar pig complex in Primorye, it works, gives production. The project includes a slaughterhouse, we will sell meat on Sakhalin wholesale and retail, we plan to open a network of our own outlets ”.

Construction of a tourist complex on the island of Iturup

There will be a hotel on 49 rooms, cottages, a hostel for staff. They will build access roads, parking for cars. Water will be supplied from the nearest hot springs.

"Hot mineral springs are nearby, in a couple of kilometers. For this, in fact, the tourists go to Iturup. We want them to rest civilized, with all the amenities. The complex will be located on the shore of the lake. Around - a wonderful nature, you can fish, breathe clean ocean air, - shared the general director of the company "Corus-Story" Andrei Matveev (initiator of the project). - Geological surveys are coming to an end, we are designing. Ideally, I think the complex will be able to accept the first tourists in two years. This year we will start construction. We are very pleased that the regional government supports the project, it is interested in the development of tourism in the region. The authorities help us to solve numerous administrative issues, have allocated the land. And most importantly, the budget investment in the project will amount to 485 million rubles. "
Tags: Sakhalin Offshore projects implementation "Sakhalin Development of oil and gas production Alexander Khoroshavin "Complex woodworking production" OJSC "BM Sakhalin" woodworking complex APR Physical education