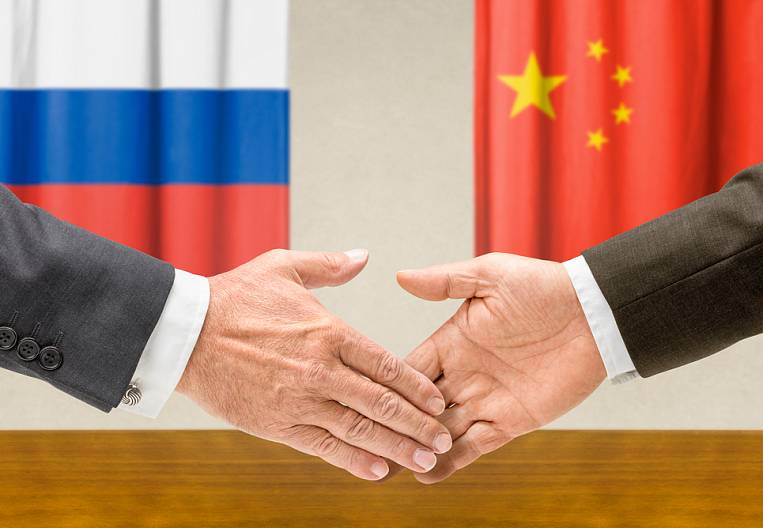 Lagging development between the Far East and China is due to a number of constraints that can be divided into two groups - obvious and hidden. Obvious factors include differences in the spheres, methods and other specific issues of economic cooperation; inconsistency of various components - social, infrastructure, political, that, for example, the systems of foreign economic relations of the Far East and China are very different, and also that the modern organization of international economic relations is imperfect. To the hidden are, in the first place, the factors of the psychological order. Firstly, the feeling that trade with China is beneficial mainly to China, and secondly, the fear that through the export of labor to the territory of the Russian Federation China wants to solve the problem of expansion to the north, and thirdly, the general cautious attitude towards China as a partner .

The above factors arise for a whole series of confusing reasons - historical and modern, internal and external, etc.

1. The deterioration of Russia's geostrategic position

With the collapse of the Soviet Union, Russia's geostrategic situation has undergone major changes. In the west of Russia, the countries of the former Warsaw Pact entered NATO one by one. Thus, Russia lost the 1000-kilometer buffer zone between its territory and the territory of NATO. In the south, the former Central Asian republics of the USSR also became independent and entered the sphere of interests of Turkey, Iran and other Muslim countries. Their interest consisted in spreading the ideas of Muslim fundamentalism and pan-Turkism in the territories of these countries, and later on in the territory of Russia, which was dangerous for the latter. In the east, the situation was calmer, but there were also problems there. At that time, the regions of Siberia and the Far East were experiencing a serious socio-economic crisis, which led to the growth of separatist tendencies. In addition, the leadership of Russia had reason to believe that the countries of the East Asian region had long ago bogged down on the resource riches of Siberia and the Far East and could, taking advantage of Russia's weakness at that time, occupy the above-mentioned regions.

In the 1990-s. The state power of Russia has greatly weakened, while China's state power, starting with Deng Xiaoping's reforms, has only grown. The difference in the speed of development between China and Russia made itself felt: in 1997, Russia's GDP exceeded the level of 400 billion dollars, which was only half of China's GDP in the same year. If we consider the Russian Far East and the neighboring Chinese provinces bordering on it, then the described lag of Russia from China becomes even more obvious. For example, for the 1990-s the GNP of the Far Eastern regions fell by 8%, the population decreased by 40 thousand people. At the same time, the GNP of the 3 provinces of northeast China grew by 13%, and the population - by 1 million people. In 1997, the population of the Far East was 5 million people, with an average density of 38 people / km2, and in the same 3-provinces of China - 105 million and 132 people / km2, respectively. These factors caused the active migration of Chinese to the Far Eastern regions, which caused some concern and concern of the local population.

The wave of anti-Chinese sentiments of the 1990-ies is certainly not entirely the natural behavior of people, this phenomenon has a certain political overtones. Speaking about the political overtones, one should not think that this phenomenon was supported by the federal authorities. Rather, this phenomenon was the result of the actions of local authorities, as well as some federal officials. So, the Governor of the Amur Region, Vladimir Dyachenko (1994-1996), said that anti-Chinese hysteria is most likely a "conspiracy". The head of the Institute of History, Archeology and Ethnography of the Peoples of the Far East of the Russian Academy of Sciences Viktor Larin holds the same opinion: "The very fact of organized resistance to the Chinese advance to the Far East was caused not only by the initiative on the ground, but also by the influence of a certain political force."

4. The influence of the rhetoric of Western countries about the "Chinese threat"

Western rhetoric about the “Chinese threat” gave rise to Russian rhetoric about the expansion of China at the expense of the territories of the Far East, although it would be more accurate to say that Russian rhetoric is a reflection of western rhetoric. Due to the rapid economic development and strengthening of China in the countries of the West, especially in America, political and academic circles began to inflate the hysteria around the "Chinese threat". In order to convince the Russian leadership of the reality of this “threat” and to bring discord in relations between the Russian Federation and the People's Republic of China, several “futurologists” published their “predictions” that China would expand at the expense of Russian territories. For example, in these forecasts it was stated that “the Chinaization of the Far East is China’s first step towards the return of the northern native Chinese territories”, or that “an increase in tensions between China and Russia can lead to open military confrontation”. Others predicted that “by 2010, Vladivostok will become a Chinese city”, and “Chinaization is proceeding at such a pace that China will soon bring its troops into the Far Eastern region and Eastern Siberia under the pretext of protecting the interests of fellow tribesmen”. These predictions have fallen on favorable soil - such fears have already existed in Russia for the fate of the eastern regions. The situation was aggravated by the fact that many Russian media were IPOs, and some of them had major Western shareholders, whose viewpoint on the Chinese problem was based on the aforementioned hysteria around the “Chinese threat”.