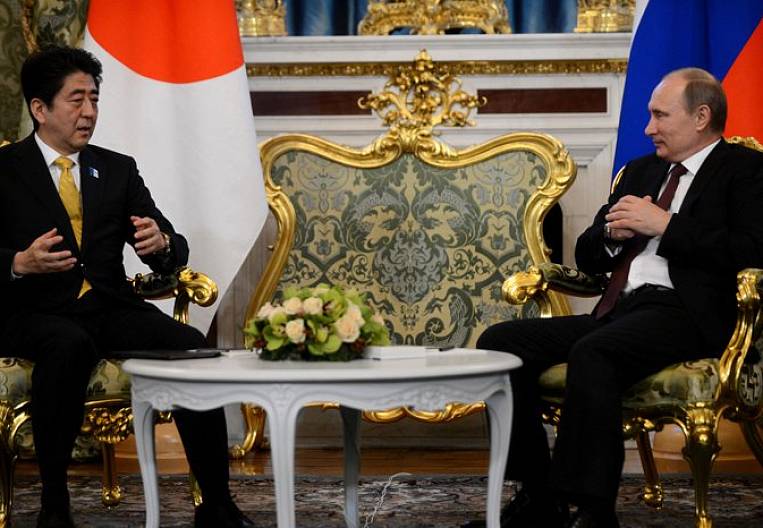 Within the framework of the APEC summit in Beijing, Japanese Prime Minister Shinzo Abe met with Russian President Vladimir Putin. Both sides agreed to postpone the planned visit of the Russian leader to Japan next autumn.

Between Russia and the United States

During the approximately one and a half hour meeting, it was Mr. Abe who was the one who raised the issue of Vladimir Putin’s visit to Japan. For Prime Minister Abe, who is seeking to achieve progress in the negotiations on the Kuril Islands, which would be a lever for political recovery, the visit of the Russian president is an important step. The members of the Japanese government also feel the need to promote the Russian-Japanese dialogue now, when the leaders of both countries are in a good relationship.

The two heads of state agree that it is time to start preparations for the forthcoming visit. Opinions also coincided on the fact that for the planning of the visit it is necessary to resume negotiations at the level of the Deputy Foreign Ministers and to consider the possibility of the visit of the Japanese Foreign Minister Fumio Kisida to Russia, although a decision on a specific time has not yet been taken.

Abe, for whom the importance of cooperation with the G-7 countries increases, in the context of toughening relations between the countries of the West and Russia, can not ignore the expectations of his ally, the United States.

As for the planned visit of Foreign Minister Fumio Kishida in April, Permanent Secretary of the Japanese Foreign Ministry Saiki Akitaka visited the United States and consulted with President Barack Obama. Circumstances developed in such a way that this initiative was rejected and forcedly postponed. A Foreign Office official says the following about the situation: "Sometimes US pressure is like a threat."

In order to implement the idea of ​​visiting the Russian president of Japan, it is also necessary to improve the situation in Ukraine. According to representatives of the Ministry of Foreign Affairs of Japan, “one cannot behave as if the annexation of the Crimea did not happen.” This time at the talks, Mr. Abe called on President Putin to see Russia play a constructive role in the Ukrainian question. Nevertheless, even after the announcement of a truce, the battle between the government forces and the militia continues. “It’s hard to say that the situation will improve soon,” say representatives of the Japanese Foreign Ministry.

On the other hand, there is the view that the Japanese government softens the position of the United States. This is because Russian cooperation is necessary to take action regarding the Ebola epidemic and the radical Islamic State organization. A spokesman for the Japanese Foreign Ministry said: "There is information that President Putin has plans to visit the United States." The United States embraces a large number of international problems, and it is likely that interest in Japanese-Russian relations will fade.

"Care" from the West

At the November 9 meeting, President Putin, criticizing Japan’s sanctions on Russia, expressed interest in Japan’s actions. He clearly outlined the position of Russia, the essence of which is that in the period of cooling relations with the West, Russia is interested in improving relations with Japan.

On the eve of his trip to Beijing, Vladimir Putin, despite an extremely busy schedule, attended demonstration performances of the Japanese martial arts center in Moscow. Before the conference with journalists from both countries, he expressed words of praise, saying that "martial arts are part of Japanese culture."

In April last year, on the occasion of the visit of the Japanese Prime Minister to Russia, the topic of resuming negotiations on the conclusion of a peace treaty was touched upon and a special emphasis was placed on the fact that positive changes took place in this issue. A statement was made, which highlights the importance of the problem of the Northern Territories for Japan.

From the point of view of the Japanese side, when the Ukrainian problem appeared on the agenda, President Putin did not speak critically about the Japanese sanctions. Let the words of criticism from the top officials who communicated with the Japanese, for example, “strong disappointment” (Naryshkin), etc., have been heard recently, and this is rather the exception.

The realities are such that against the background of a decline in oil prices (in addition to US sanctions), the Russian economy is "shaking". At the meeting of the leaders of Russia and China 9 November, Putin agreed with a plan, the essence of which is to build an oil pipeline connecting Western Siberia (where gas was mainly produced for Europe) and China. In a word, the course is taken to strengthen relations with the Asia-Pacific region.

On the other hand, Russia is wary of over-reliance on relations only with China. During the talks between China and Russia, discussions about the issue, which has been considered for several years now and concerning the export of the latest weapon models to China, did not lead anywhere. Japan is for Russia, which is looking for partners in the Asia-Pacific region, a serious alternative. Nevertheless, there is still little chance that such a state of affairs will lead to Russia's concessions to the issue of the Northern Territories.

On the contrary, there is a growing danger of possible habituation to such recurring up to now schemes, the essence of which is that it will become a “diplomatic card”, which implies that the president’s personal visit will be the impetus for Japan.

The main points at the meeting of the leaders of Russia and Japan:

- Continuing cooperation in all areas, including the problem of concluding a peace treaty

- It is necessary that the Japanese side play a role in improving the situation in the Ukrainian issue. The Russian side explains its own position 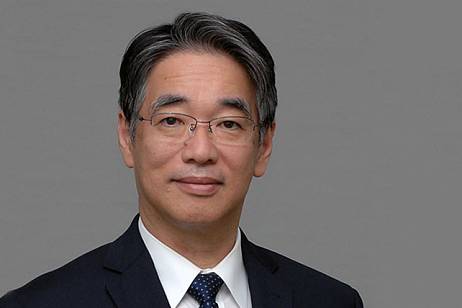