Questions about the trends characteristic of the current demographic situation in the Far East, the correspondent of EastRussia asked the head of the scientific and training laboratory for monitoring the risks of socio-political destabilization of the Higher School of Economics, professor, doctor of historical sciences Andrei Korotaev. 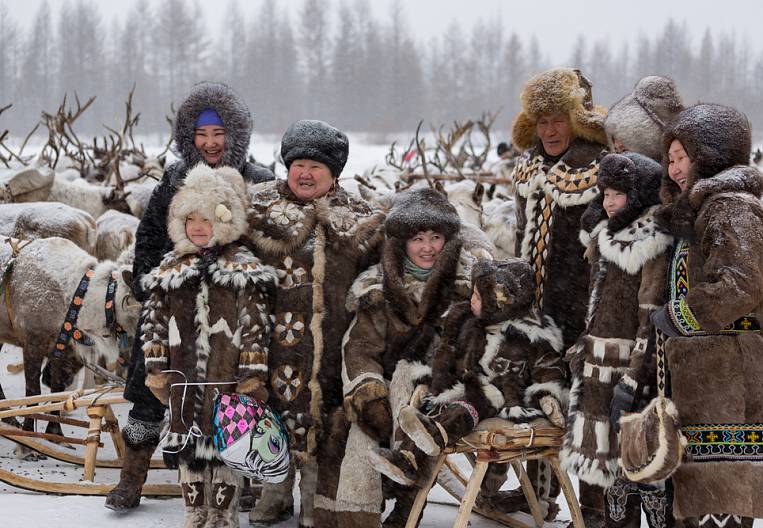 - Andrey Vitalievich, the demographic situation in the Far East since the beginning of the year demonstrates quite good dynamics. Natural increase is growing, like the rate of outflow of population is decreasing. In your opinion, what played a key role in this issue? 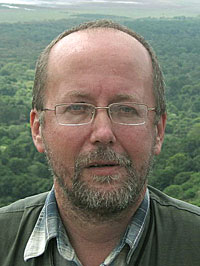 - In my opinion, that growth, which, according to official statements, demonstrates today these figures in the Far East, corresponds to the real state of affairs. But, at the same time, if we take, for example, the increase in natural growth in a given macroregion, due to a decrease in mortality in it, then it is not an exceptional phenomenon in the background of the whole of Russia. Because the reduction in mortality is characteristic today not only for the Far East, but for the whole of Russia. And it, in turn, is explained quite trivially - its positive role here was played by the fact that in Russia, at last, EGAIS began to work effectively - the Unified State Automated Informational System of Rosalkogregulirovaniya, which resulted in a noticeable decrease in the consumption of alcohol in the country. First of all, the consumption of cheap and low-quality illegal alcohol products decreased.

- How can you describe the whole picture of the demographic development in the Far East today?

- The main thing that distinguishes the demographic development of the Far East against the background of all of Russia is the birth rate in the macroregion. This figure is significantly higher than the national average. Moreover, some regions are characterized by completely excellent indicators - we are talking about the Republic of Sakha (Yakutia) with a birth rate of 2,26, and the Sakhalin region, which has a birth rate of 2,02. And if the indicator of Yakutia is not surprising - active demographic processes are characteristic of the Yakuts, then in the Sakhalin region, inhabited mainly by Russians, this indicator is impressive. It even exceeds the birth rate in France, which we are guided by in the demographic development of Russia. But at the moment, I cannot give any clear explanation of what is the reason for such an excess of the birth rate in the Far East over the national average.

Another point that should be noted in the Far East is that the expected life expectancy is much less than the average Russian, but mortality, at the same time, is higher imperceptibly. The latter is due to the so-called "big earth" effect - people leave the Far East to retire to Central Russia - to "big land", which makes the population of the macroregion younger. The combination of fertility and death rates in the Far East leads to the fact that, in turn, its natural increase is slightly higher than the average Russian.

Meanwhile, the picture of the demographic development in the Far East is somewhat clouded by the fact that of all the Russian macroregions, it is still characterized by the most unfavorable migration situation - since ancient times and to this day it is distinguished by a systematic migration outflow, and it is significant. Moreover, regarding the migration outflow from the Far East, it should be clearly understood that, due to the fact that its population is small, even if it is a question of leaving tens of thousands of people a year from the Far East, it is still a strong blow for him.

- Those main points that today distinguish the demographic development of the Far East, were characteristic of him before?

- If we talk about the excess of its birth rate over the average Russian - then this was the case in the very same 1990 year. That is, the question of the systematic excess of the birth rate of the Far East over the average Russian, this is not a recent trend. With regard to some excess of its mortality over the average in Russia, this is also not new, since for many years, even since pre-revolutionary times, there has been a pattern of increasing mortality from south to north and from west to east. Due to the fact that alcohol consumption is increasing in the same direction in Russia.

Meanwhile, the migration outflow became characteristic of the Far East not so long ago - after 1991. Because earlier, during the Soviet Union, a pronounced migration inflow took place in this macro-region. This is a consequence of the effectiveness of the so-called "northern money" - increased wages in the northern regions of Russia, in particular - in the Far East. This "northern money" was in great demand among the population, since, in fact, going to the North, including the Far East, was then almost the only way to legally get rich. Of course, at present, with the aim of making big money, they go, for example, to Moscow or the Yamalo-Nenets District. But, in my opinion, from this point of view, the Far East is now being deprived of attention in vain - in terms of job opportunities, it still remains quite attractive. Despite the fact that salaries within its limits, in comparison with Soviet times, fell to the average Russian level, and in some places even lower.

- And have the measures taken by the federal government - the introduction of advanced development instruments, the same “Far Eastern hectare” - played a role in the modern positive dynamics of the demographic indicators of the Far East?

- The fact that the package of measures of the Ministry for the Development of the Russian Far East turned out to be quite powerful, and, as a result, played a role here, still seems to be a rather plausible hypothesis. At least, its role in reducing the migration outflow. And, to some extent, in the gap between the birth rate of the Far East and the average Russian, which has become larger than before. Let's say about the first - a reduction in the migration outflow in the Far East. This tendency, most likely, was influenced by the project of the Far Eastern hectare. It should be noted that land measures in Russia work well in principle - they contribute to demographic development. Even the same decision made at one time to allocate land plots to families with three children had its positive consequences - despite its seemingly irrationality. After all, the allocated plots were completely inconvenient - as such, the families to whom they were allocated often did not have a real opportunity to use these plots. But, apparently, the very fact of allocating land plots had a psychological impact on these families.

But I would not hurry yet with the conclusions, since the time of the beginning of the work of the Minsk region - the beginning of the development of measures for the Far East - it took very little time. Only three years. And demographic processes, including in the Far East, are long-term processes. That is, the impact of these or other factors on them can be identified only after a while. Especially in the case of the Far East - in its demography because of the small population, the role of short-term fluctuations is especially great.

- Which regions of the Far East today are most effectively working with their demographic development - with their population?

- If you look at the period starting from the 2013 year, this is Primorsky Krai - it has made quite good progress in reducing mortality, although, at the same time, the situation with its birth rate leaves much to be desired. Also it should be noted the work of the Sakhalin region - its measures for stimulating the birth rate proved to be very effective. But, at the same time, with the mortality of her case is not very good - here the region clearly needs to make extra efforts. The Republic of Sakha (Yakutia) attracts attention - in its immense growth of birth rate, undoubtedly, not only the ethnic factor played an important role, but also an effective local system of measures to support the birth rate. About it you can say even more - it can rightly be called one of the best in the Far East.

- Tell us a few words about the concept of the demographic development of the Far East, how will it look and will it be effective?

- The future concept seems to be quite effective, mainly due to the measures included in it to stimulate the birth rate and reduce mortality. In addition, the set of its measures to eliminate the migration outflow of the Far East and even turn it into an inflow also inspires great confidence. At the same time, all measures included in the Concept are scientifically based measures based either on Russian or international experience. That is, the measures are more or less proven. Moreover, a number of them - a set of measures to reduce mortality - are recommended directly by the World Health Organization. 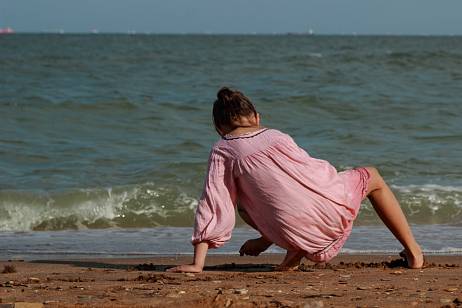