Alexander Osipov: Transbaikalia must be saved

Reports from the flooded region have been heard all summer, and some may be "boring", but the last - the third in a row - wave of flood destroyed what little was still holding. 12 thousand people on the lists of victims. What help is needed and what is the scale of the destruction - in the report of the regional governor at a meeting with the Chairman of the Government of the Russian Federation Mikhail Mishustin. EastRussia publishes it uncut. 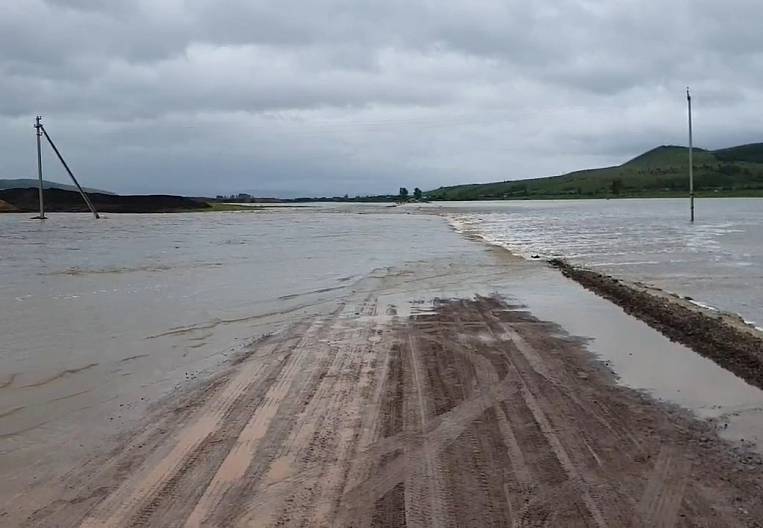 Report to the meeting chaired by the Chairman of the Government of the Russian Federation M.V. Mishustin

At the same time, we have a joyful event: today, the transport communication on the Transsib has been fully restored. Oleg Valentinovich Belozerov is also in the region, we examined the traffic with him early this morning. In less than four days, even and odd tracks and movement along them were fully restored. The work was carried out practically in the air, because the river is still overflowing, the banks are soggy and flooded. Therefore, a large package of these complex technical engineering works was actually carried out in the most difficult conditions. There is every reason for the management, including the Government, to note the employees of Russian Railways.

Mikhail Vladimirovich, our situation developed as follows. Three waves of precipitation - June 1, June 16 and June 23 - formed three blows of the elements on the Trans-Baikal Territory. I would like to thank Evgeny Nikolaevich (Zinichev). The forces of the main department of the Ministry of Emergency Situations, a group reinforced by federal forces, our neighbors, have been operating in an emergency mode almost continuously for two months. Hundreds of people were removed from the roofs, taken out by boats, by air. The patients were taken out of the settlements cut off from transport links, there were 44 of them. They delivered food, medicines, and carried out urgent emergency recovery work.

In general, the territory of the region is more than 130 thousand square meters. km fell under these floods. For comparison, this is 2,5 in the Moscow region. Rescue and emergency recovery operations are now underway throughout this territory. Unfortunately, for this we had to withdraw many forces and means, including from the objects of national projects, objects of the state program for the development of the Far East. For two months now we have not yet been able to return our strength to road construction and the construction of social facilities, and to carry out repairs.

Almost 12 thousand people were recognized as injured in almost 50 settlements in 13 districts of the region. 2600 houses, 4000 household plots, 555 km of highways, 56 road bridges, culverts, almost 130 social facilities (schools, kindergartens, children's art schools, houses of culture and others), more than 60 hydrotechnical facilities - protective dams and other structures suffered damage. Due to the destruction of the Vladivostok-Moscow federal highway, there were traffic restrictions for 11 hours. It has been two days since the movement has been restored.

Emergency recovery work is underway. The main limitation for them is funding. Mikhail Vladimirovich, we have such a situation. On July 2, we turned to you in connection with the first and second waves of floods, we calculated all the damage.

In general, its total volume for all three waves is 3,7 billion rubles.

The survey of all residential buildings has not yet been completed, not all houses have yet left the water, but according to preliminary estimates, about 844 million rubles are needed for their capital and restoration repairs and for the replacement of housing.

There is a proposal in this regard. As a rule, the last large-scale fires and floods were liquidated by separate presidential decrees, during which federal bodies developed special procedures. Let me remind you that we have an agricultural region - more than 70% of the population lives in rural areas, so the rural population suffers every time. Dmitry Nikolaevich Patrushev in 2019-2020 actively helped us to eliminate the consequences, he himself came. Then, for example, a special procedure was developed through the Ministry of Agriculture, when, at the expense of the reserve fund, practically all the damage and losses that people suffered both in the crops that they had burned, and in the animals that they lost, and in the livestock camps that were lost - everything was completely restored, and the population was grateful to us.

If we do not take such decisions and follow the standard path, then the situation with registration there will be delayed, there will be very long terms for the allocation of funds, approvals and confirmations. And, unfortunately, those registration procedures force us to bargain very petty with the population. It turns out that at first the district commissions, the management with these documents (and they are very ornate), start bargaining with people, then specialists at the regional level, then at the federal level.

Therefore, we would suggest simply copying the documents either on liquidating large-scale floods in the Irkutsk region, Buryatia and so on (autumn 2019), Presidential Decree No. 316 - government acts that were developed in its execution, or by Presidential Decree No. 198. And thus, to expedite the allocation of funds to start financing all emergency recovery work.

There is also an alternative proposal. We can do everything in our own regional order. Then we ask you to provide us with a targeted subsidy for budgetary balance, for the elimination of these consequences from the Government's reserve fund, and after that we will develop and agree with the federal authorities the procedure for financing all emergency recovery work, compensation for all damage, and return the balance if necessary.

Mikhail Vladimirovich, I would also ask you to draw your attention. We have to pay 100 thousand rubles per person if he has lost all property. It seems to me that everyone, if they apply this to themselves, will understand that paying 100 thousand rubles to a person with a complete loss of property is clearly an insufficient amount. This amount has existed for over 10 years. We would suggest revising it in line with inflation over the years, and at least doubling it.
As regards the Ministry of Agriculture, we would like to ask you to pay attention to the fact that almost 4 thousand people have lost their crops, this is the rural population. The potatoes, cabbage, carrots, onions, peppers that they were going to grow are a very important part of their real diet. Many of them have no official job, and indeed no job at all. It is necessary to restore an appropriate harvest for them. At the same time, we understand that these products cannot be purchased on the territory of the region now. We need to calculate as quickly as possible. We propose to carry out calculations based on 900 rubles per one hundred square meters of the lost crop, bring us these funds, we would buy the appropriate crop and compensate the affected people for its loss.

If you do not take a decision to provide us with a subsidy for budgetary balance, then we would ask you to adjust the existing procedure for the restoration of social facilities. We have damaged 130 social facilities. In order to carry out urgent repairs in them, and somewhere the replacement of the object, an appropriate procedure for the allocation of funds is required. This is for the ministries of health, education, culture and sports.

And through the Ministry of Natural Resources. A large number of hydraulic structures were damaged and require restoration. The current order provides for the allocation of funds after we have already financed the restoration. We would then ask for your instructions or the decision of Alexander Alexandrovich Kozlov that this funding is allocated in advance, we finance the restoration and report back with the appropriate documents.

And I would like to draw your attention separately. All four years that I have been working here, there have been emergencies. And almost every year we have either large-scale flooding or large-scale floods. In this regard, it seems to me that the time has clearly ripened - in the regions of the Far East, for sure, in the Trans-Baikal Territory - the need to work on a serious survey of all hydraulic structures, both to protect settlements, and hydraulic structures and river beds in the alignment of railway and road bridges, and carrying out appropriate measures, where necessary, to strengthen them, strengthen them, build new ones, and so on. We would ask for your instructions on this topic.