News March 09 2021
Trans-Baikal Territory 03:10 Five passenger trains are delayed after carriages leave in Transbaikalia
03:00 Coronavirus in the Far East: information on the morning of March 9
02:30 It will be easier to channel maternal capital to improve housing conditions


10:24 Record dividends will be paid by Sberbank for the second year in a row
Irkutsk Region 10:00 Defective tram damaged 9 cars in Irkutsk
More news
Media News2

The Albazin fortress was supported by Putin 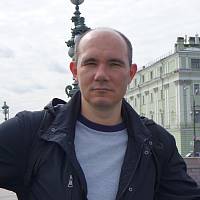 The Albazin fortress was supported by Putin In Albazino, a mass grave was discovered How to avoid floods?
All author's materials

At the meeting of the Board of Trustees of the Russian Geographical Society 27 April in St. Petersburg, Vladimir Putin, who heads this very board of trustees, awarded the Petropavlovsk foundation with a certificate of grant in the nomination "Organization of Expeditions and Travels" for the project "Albazinsky Archaeological Expedition. The study of Albazinsky prison - the first settlement of Russians on the Amur. " The certificate from the hands of the President of the Russian Federation was received by the academic secretary of the Petropavlovsk foundation, the head of the Albazinsky expedition, Andrei Cherkasov. On a grandiose archaeological project, he told EastRussia.

The project of the Albazin Expedition received high recognition. The first persons of the state attended the meeting of the RGO Board of Trustees: the president of the Russian Federation, the chairmen of both chambers of the parliament. To draw attention to the project at the federal level was possible thanks to the joint work of people not indifferent to the history of the Amur region. The expedition is carried out in partnership with the Center for the Preservation of the Historical and Cultural Heritage of the Amur Region, and the Ministry of Culture and Archives of the Region annually takes an active part in its conduct. The team of the Albazin Expedition has already begun preparations for a new field season, which will bring new discoveries and give Amur residents new reasons to be proud of their small homeland.

The grant of the Russian Geographical Society will be aimed at conducting archaeological research on the territory of the monument of federal significance “Albazinskaya Fortress”. During the fifth field season of the Albazin Expedition, it is planned to complete the study of the mass grave of defenders of the fortress discovered last year, to break up a new excavation for further study of the fortress. The expedition members will also conduct archaeological reconnaissance around the village of Albazino to search for new archaeological sites of Russian colonization. It is expected that more than one hundred people will take part in the expedition in the new season, including schoolchildren and students.

Albazinskaya expedition is a historical and educational project initiated and organized by the support fund for socially-oriented projects and programs "Petropavlovsk" in 2011. Over the five years of the project's existence, more than 200 people took part in it, the expedition made more than 1500 finds, more than 4000 unique exhibits have replenished the collection of the Amur Oblast Local History Museum named after G.Novikov-Daursky. In 2014 the project received the highest award of the national action "Patron of the Year of Culture" of the Ministry of Culture of the Russian Federation and the national award in the field of development of public relations "Silver Archer" in the nomination "The Best Project for the Development and Promotion of Territories". The expedition is conducted in partnership with the Center for the Preservation of the Historical and Cultural Heritage of the Amur Region.

A bit of history

What is the Albazin prison? Founded in 1655, it became a refuge of Cossacks, fishermen and peasants headed by Nikifor Chernigovsky, who fled to the Amur after the killing of the Ilimsk governor. Despite the fact that the official administration did not admit this prison for a long time, its residents continued to consider themselves subjects of the Russian state and collected yasak from the local population for sending to Nerchinsk. In 1672, Nikifor of Chernigov, together with his comrades, was forgiven for their faithful service, and a steward was sent to the Albazin prison to lead the activities of the local detachment. In 10 years, in 1682 year, the Albazinsky Province was formed, which included the Amur River along both banks from the confluence of the Shilka and Argun rivers.

But the presence of Russians at the very borders of a powerful Manchu empire could not but irritate the Qing dynasty, and in 1685, they sent an impressive army of 5 thousand men for the siege of Albazin. A few defenders of the fortress were forced to lay down their arms and leave for Nerchinsk, but two months later voevoda Alexei Tolbuzin returned with considerable reinforcements to Albazin and rebuilt the prison.

In 1686, the Manchus came again with even more significant forces in 10, with thousands of warriors supported by artillery under the leadership of the Dutch Jesuits. In June, they started a siege more thoroughly: the fortress was surrounded by three ramparts, mounds were built for the shelling of the city, the defenders were blocked from access to water and mining food. Instead of mindless massive attacks, the Manchus began to bombard the fort. The grueling defense of the fortress lasted until the end of the year; by December, only 150 people survived in Albazin (out of more than 800 at the beginning of the siege), the total losses of Qing troops are estimated at 2,5 thousand people. The Russians finally abandoned the Albazinsky jail only after the signing of the Treaty of Nerchinsk in 1689, and it is believed that it was precisely the heroic defense of the Albazins who allowed Russia to receive relatively favorable terms of this treaty.

Two hundred years later, during the new settlement of the Amur region in the 19th century, a Cossack village was re-established on the site of Albazin, which still exists today.

In the 2014 season, the expedition carried out active work on the Albazinsky prison. Experts from Moscow, Blagoveshchensk, Kursk, students, volunteers and participants of the children's program "Kopatych", only about 50 people, were able to achieve impressive results, despite the vagaries of the weather, which sought to disrupt all plans of archaeologists. Powerful storms and thunderstorms, one after another, came to the Skovorodinsky district of the Amur region, bringing heavy precipitation, squally wind and major hail.

The main event of the season was the discovery of one of the "scoundrel" - a common grave of Cossack defenders of the 17th-century prison. The discovered skuadelnitsa is a large semi-dugout with the remains of a pillar structure and a door jamb. The buried ones lie in rows in several tiers. Usually such burials were arranged during any extreme events - wars or epidemics, in which there was no possibility to bury individually. From the ground extracted 29 buried. All the remains are fixed - photos and sketches have been taken and placed in separate containers. Unfortunately, the safety of the material is bad - time is ruthless to the remains of a person. Whether the remains will be suitable for anthropological research, the Moscow anthropologist will determine later, but in any case, after a thorough study and fixation, the remains of the dead Cossacks will be reburied in accordance with the Orthodox tradition. This must be done, since from the historical sources - the notes of the prison guards who headed the defense at the last stage of Athanasius Beyton, we know that the priest during the siege died and the dead defenders were buried without observing the Orthodox custom.

During the clearing of the mass burial, two bronze crosses of the XVII century were found on the territory of the prison, a silver coin of the XVII century - "scales", household items (bronze thimble, products of birch bark and thongs and a box), as well as fragments of Cossack clothes, leather boots.

It is assumed that the remains discovered this year will be investigated by the Moscow anthropologist Denis Pezhemsky. In the future, the results of anthropological reconstruction can be used to create a monument to the defenders of the Albazinsky prison. 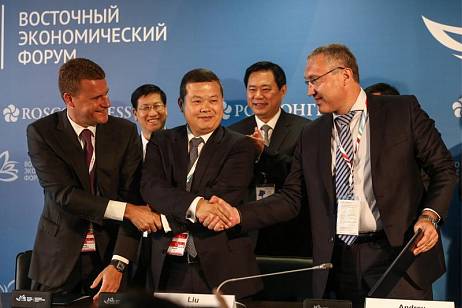