Last Friday, the capital of the Kola Polar region arrived that in about a year will have a major impact on the development of the Arctic Far East, namely the Chukotka Autonomous District (among other things, one of the most remote and inaccessible regions of Russia) and possibly other similar entities. Yes there are regions - countries! Also with the stamp "made in Russia". Is it intriguing? So: to engage in the future of mini-and not only territories in the short term will be the Lomonosov itself. Which "Academician". 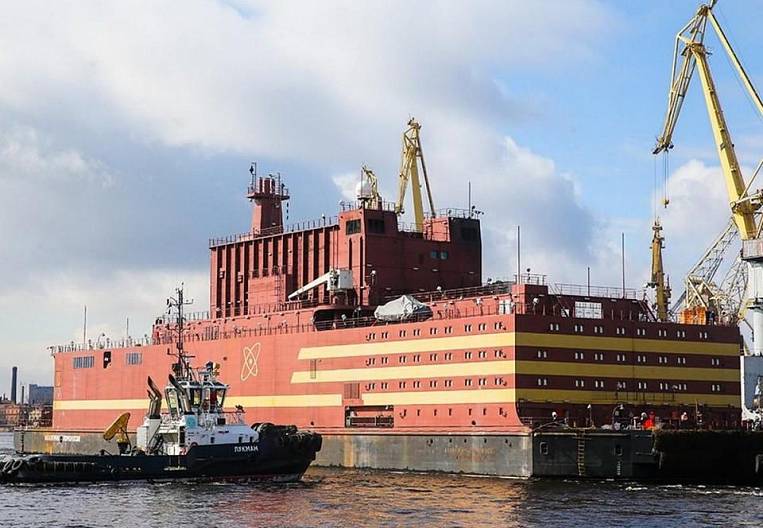 The long-awaited mooring of the "atomic long-term construction" in Murmansk was preceded by a powerful whistle of the Arctic icebreaker "50 Victory Years" and a march of the Northern Fleet Orchestra - a sound mix, which is especially noticeable when I lived for a certain time in the "parallel 69": there is a celebration and anticipation of the new , and northern romance. Makhina, resembling an icebreaker, was towed about a couple of hours along the bay and, when finally abandoned "ends" for mooring, psychologically eased: at last the "20870 project" is being finalized. Although until the end of another year and 2,5 thousands of nautical miles, or 4,6 thousand kilometers. Prior to the Chukchi Pevek: "Lomonosov" will be finalized in Murmansk, after which he will go to the port of registration in the Far East.

A unique power unit was assembled in St. Petersburg, but scientists from several regions worked on it: the United Shipbuilding Corporation, the Baltiyskiy Zavod, the Iceberg Central Design Bureau, the Kaluga Turbine Plant, the Mechnikov Experimental Design Bureau of Machine Building. II Afrikantov ", and, of course," Rosatom ".

"The day is solemn and exciting," the general director of Rosatom Alexei Likhachev began, "it's really a unique competence: Rosatom has set another world record in this - nothing like this is simply not available. This is the first reference sample of mobile medium-power nuclear power sources, the demand for which we forecast as "high" in the coming years. At the request of our foreign partners, we towed without nuclear fuel, so that now the work will move to a new plane.

Under the "foreign partners" there was, most likely, Greenpeace. "Green" has repeatedly criticized the project and dubbed the installation of a "nuclear Titanic" - they say, stuffed with dangerous fuel, the ship can not withstand a tsunami, and the nuclear power plant itself does not really need Chukotka. In their opinion, the delivery of Lomonosov to Pevek is just a visual advertisement, which is necessary for the promotion of the project: in the future such floating nuclear power plants are planned to be exported for oil exploration and for sale.

Opinion, of course, takes place and the right to be - in vain, that ecologists eat their bread - but here the governor of the region Roman Kopin who lives from 1999 in Chukotka hardly would agree with them: during the greeting from the abundance of feelings he could hardly choose words and now and then stammered. This is in general - an unprecedented for Russian chapters: a politician who expresses emotions in public, and what else - it was evident that for the "head of Chukotka" this is not just an ordinary event.

- You see, until recently the tariff in Chukotka was one of the highest in the country: it was economically justified to take 16 rubles from us. for k / w! - Roman Kopin is surprised. - With such a tariff, it is impossible to develop in principle. Thanks to the decisions taken by the president, the tariff for the Far East was reduced to 4 rubles. - consumers of Chukotka felt it. If this FNPP will allow us to restrain the tariff at the level of 4-6 rubles per kilowatt - it will be fantastic for the development of such a remote region as Chukotka. Now our task is to ensure the consumption of all energy.

As it turned out in conversation with the head of the ChAO, the floating nuclear power plant decides several important tasks for the region: first, it replaces the failed Bilibino NPP (launched in 1974) and Chaunskaya CHPP (launched already in 1944) - consumers will buy from "Rosatom" needed energy and heat. And secondly, the floating unit allows to release energy for new investment projects - these are industrial consumers associated with subsoil use: extraction of gold, copper and other metals. The containment of the energy tariff will allow attracting significant investments in the region.

As the developers assure, despite the fact that the "20870 project" is more than 10 years old, it is still relevant and has great market prospects in the near future. "Academician Lomonosov" is able to produce up to 70 MW of electricity and 50 Gcal / h of thermal energy: this is enough for a city with a population of about 100 thousand people.

- Each time the first head ship or ship always comes with great difficulties. Especially if we are dealing with breakthrough technologies. Now, when we work out all the basic principle aspects of the operation of such stations at this facility, each following will go easier, lechge and they will actually become cheaper, "explains Alexei Rakhmanov, President of United Shipbuilding Corporation JSC. - As for the maintenance of Lomonosov in Chukotka, we have Far Eastern capacities.

EastRussia help. "Academician Lomonosov" is by no means the first floating nuclear power plant in the world, as a number of media rashly declared. The first in the world was the American MH-1A, named after General Samuel D. Sturgis, Jr.. The reactor was built on a specially adapted for this ship "Freedom", was part of a series of reactors in the US Nuclear Energy Program, the purpose of which was to develop small nuclear reactors for the production of electrical and space vehicles, thermal energy mainly in remote, relatively inaccessible facilities. After its first criticality in 1967, MH-1A was towed to the Panama Canal Zone, where it produced its 10 MW from October 1968 for 1975 year. The dismantling was started in 2014 and is expected to be completed within four years. Therefore, Lomonosov is now the only floating nuclear power plant on all seas and oceans.

In addition, three icebreakers for 60 MW of the type LK-60 ("22220 project") are being built in St. Petersburg, and, according to Mr. Rakhmanov, through 7-8 years it will be possible to provide the Northern Sea Route with icebreakers of large-capacity vessels in full all year round. The idea of ​​a colleague was picked up by the head of Rosatom, not only hinting at it, but speaking frankly about the international backlog (in some ways, environmentalists were right).

- We demonstrate how the whole development of the Northern Sea Route will ensure the provision of new technologies and energy (that is, Chukotka can become only the "first swallow" - EastRussia). Great interest in such competence is demonstrated by the island states, where it is impossible to create an infrastructure for the transmission of electricity. This is the Philippines, Indonesia, a number of other regions of South-East Asia, and countries on the coasts of the seas, oceans and gulfs, since this competence can make a powerful desalination plant. In the near future we plan to hold the first negotiations, and this, in turn, will well load Russian shipbuilding enterprises.

As the journalists assured the journalists, all work on loading uranium into the vessel "Akademik Lomonosov" will be carried out in compliance with all norms and requirements of nuclear safety. Also, emphasis is placed on internal protection, for example, from terrorists, performed according to the latest word of modern standards: a complex labyrinth of corridors and rooms, and access to each compartment is opened by fingerprints and secret code.

But the question is, how already the "charged" vessel will be transported to Pevek, is not yet very clear. It is clear only that, accompanied by several icebreakers and one head, which acts as a tug (the station simply does not have any engines) and increased security measures (most likely submarines of the Northern Fleet will ensure the protection of nuclear power plants in the sea).

But this is the story of next year.
Tags: Power engineering atom The Northern Sea Route NSR Chukotka 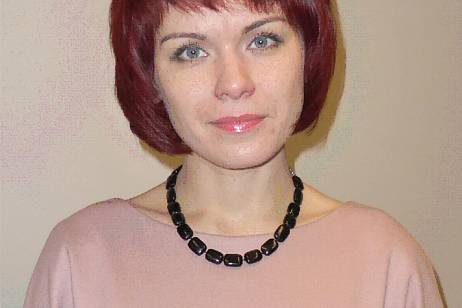 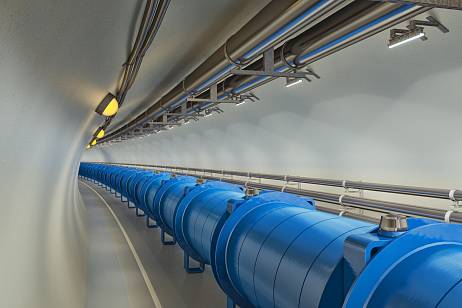